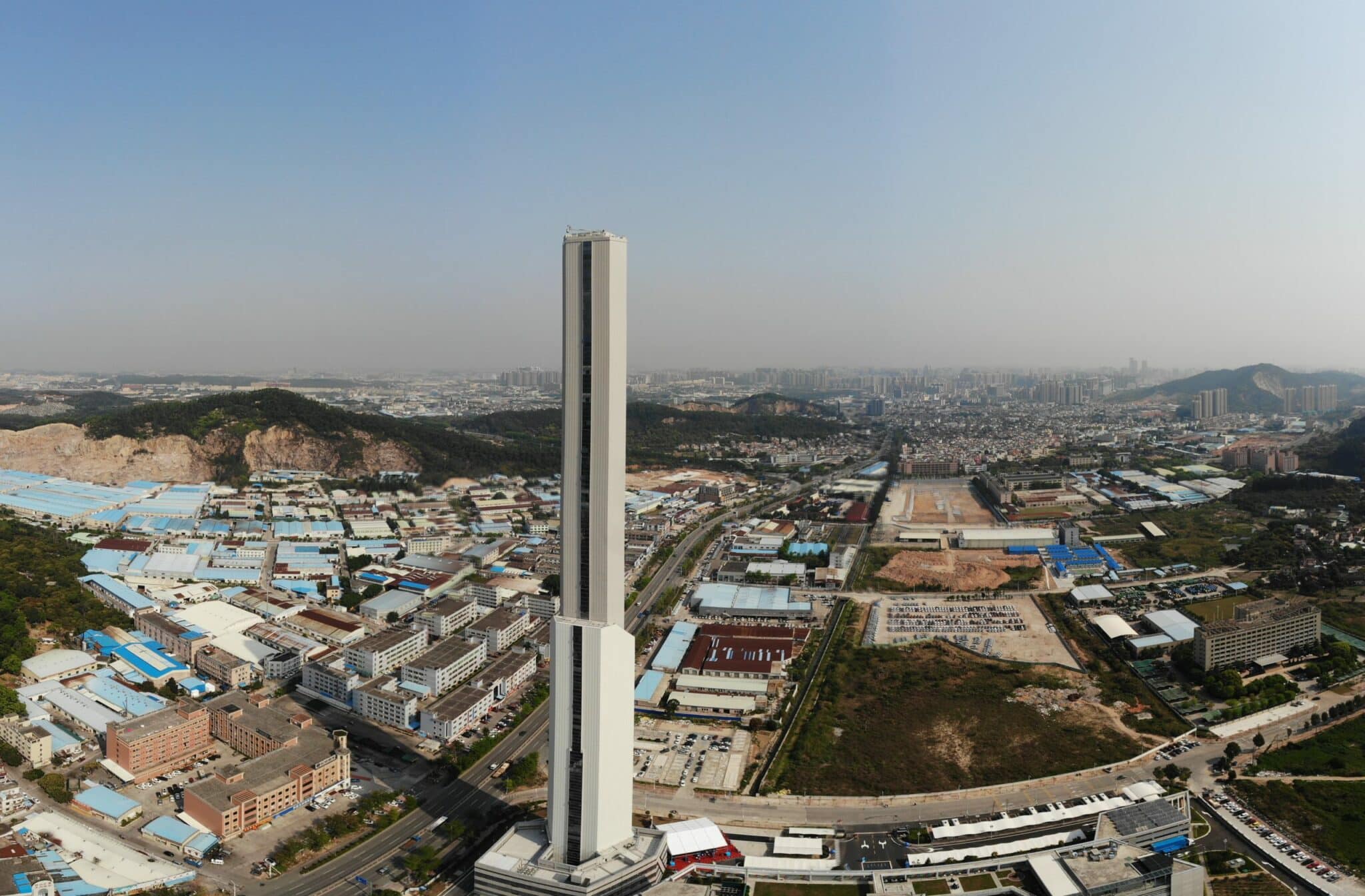 DirectIndustry e-magazine: Could you introduce us to the tower ?

Jürgen Böhler: Our Zhongshan test tower is 248 meters high, the tallest test tower for thyssenkrupp Elevator globally, and also one of the tallest in the world. Our new Zhongshan plant and test tower were designed with the future in mind, allowing thyssenkrupp Elevator to develop, build, test and certify innovations in elevator technology such as TWIN and MULTI, which will enhance our manufacturing capacity and R&D capability to new heights. With 13 shafts, the test tower can be used for high-speed and low-speed elevator test, TWIN test, double-deck elevator test and drop test. It can provide the testing environment for the high-speed elevator with a speed of up to 18m/s that thyssenkrupp is developing. In the future, it can be used to test the world’s first rope-less elevator system MULTI developed by thyssenkrupp.

DirectIndustry e-magazine: How does it work technically?

Jürgen Böhler: The plant is highly automated and equipped with very modern production lines, and boasts LEED Gold and Silver certificates, demonstrating our development concept of sustainability. The test tower is equipped with Active Mass Damper, which can mimic motions of extreme meteorological conditions such as earthquake and typhoon, for robust testing of elevators’ safety and reliability in such conditions on one hand and significantly reduce the extent of tower swing caused by changes in meteorological conditions to the level of a normal building so we can simulate real building lift installation on the other hand.

DirectIndustry e-magazine: Why did you choose to open this tower in China?

Jürgen Böhler: It is always our great ambition to be close to our customers, and the testing and development process is really important to ensure we can flex to what people really want and need. China is an exciting territory to be operating in, with as many as 500,000 units being installed each year – so it was a natural choice for us to build our first international test tower there.

DirectIndustry e-magazine: How important is the Chinese market to the company?

Jürgen Böhler: In 1995, thyssenkrupp Elevator started its development in the Chinese market, and established our first elevator factory in Zhongshan. In the past two decades, we have developed with the country and actively taken part in China’s urbanization. Now, thyssenkrupp Elevator has become one of the leading foreign elevator brands in the Chinese market and won many important projects. For instance, we provided 76 escalators and 26 moving walks for the world’s longest cross-sea bridge – Hong Kong-Zhuhai-Macau Bridge; our revolutionary solution – TWIN – has been installed in many landmark buildings in China. China is the world’s largest new installation elevator market and a very important market for thyssenkrupp Elevator. Because of our great confidence in this market, we have continued to increase our investment.

DirectIndustry e-magazine:  How is the implementation of this tower a way for thyssenkrupp to contribute to the urban development of China?

Jürgen Böhler: The opening of our new Zhongshan Plant and test tower will elevate China’s elevator industry to new heights, and enable us to meet domestic market’s demand with safer and advanced elevator products. It will also bring the Zhongshan’s manufacturing industry to the next level, and enhance Zhongshan’s competitiveness – as the geometrical center of “Guang Dong-Hong Kong-Macau Greater Bay Area”. The new test tower offers new engine to continue developing China’s urbanization process.