Home » Autonomous Ships: China is Moving to a New Era

Autonomous Ships: China is Moving to a New Era 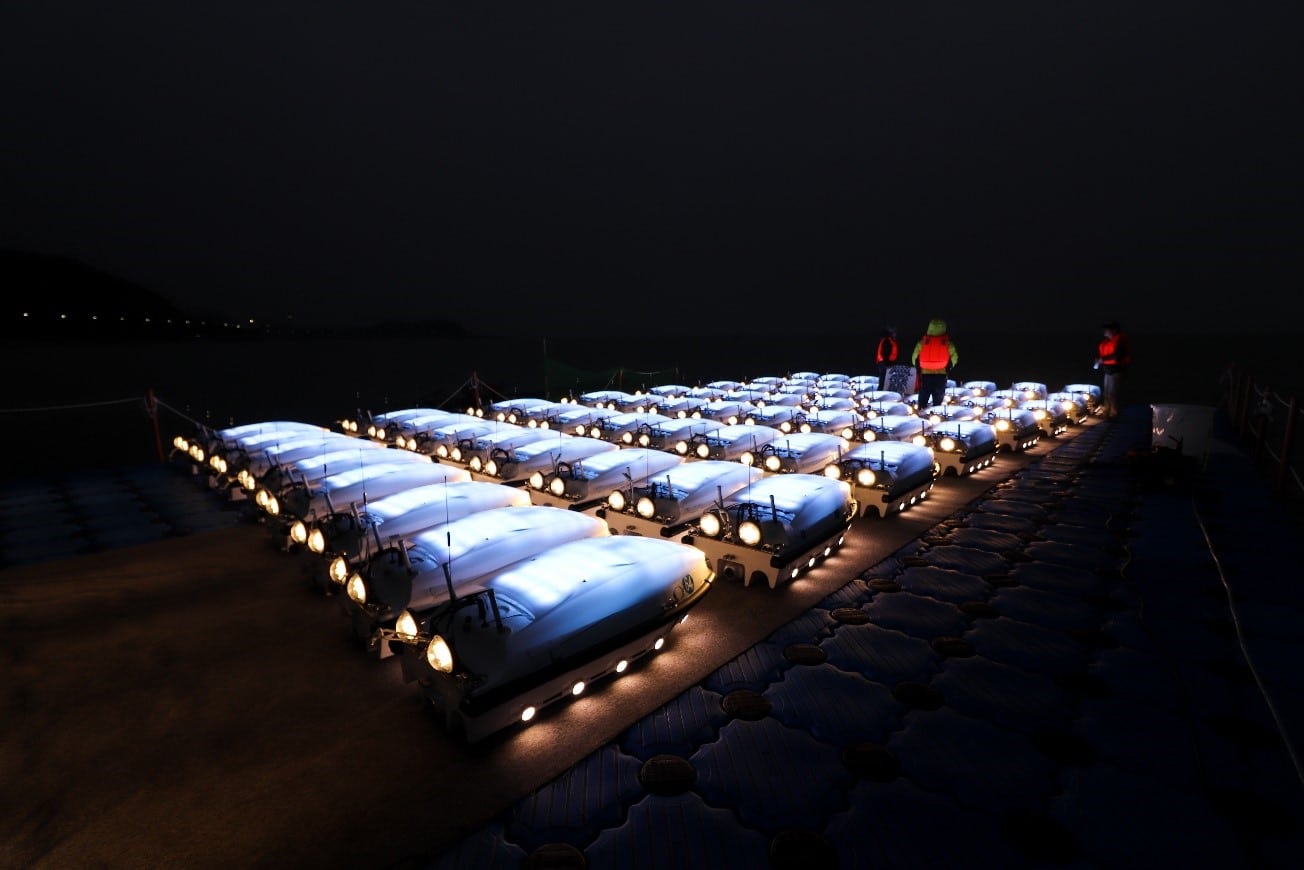 Chinese ambitions in the unmanned surface vehicle (USV) market are moving to a new era.

Last February, a USV formation was staged on the sea in Zhuhai in southern China, not far from Hong Kong, one of the world’s busiest ports. 80 autonomous vessels, 1.6-meter long each, gathered and formed an arrow for a special show through the Honk Kong-Zhuai-Macao Bridge.

This same month, China began construction for a trial site for autonomous ships in this same area.  The Wanshan Marine Test Field will include 225 square nautical miles where technology such as obstacle avoidance and autonomous steering can be tested.

These are examples of the new Chinese ambitions in the USV market.

The trial site project is the result of several partnerships including, among others, the Zhuhair government, Wuhan University of Technology and Oceanalpha which also collaborated to the multi-vessels show in Hong Kong. This Chinese company specializes in unmanned surface vessels manufacturing and is currently developing a 50-meter-long USV that should be launched by the end of 2018 or the beginning of 2019.

Autonomous ships are part of the intelligent transportation of the future, of artificial intelligence, of robotics. Made in China 2025  is clearly an opportunity for us, for the ocean industry in general.

SEE ALSO: Made in China 2025:The Great Technological Leap Forward

Oceanalpha’s autonomous system is a mix of artificial intelligence, supervision and dispatch system technology as well as a cloud server and data communication technology that allow for collision avoidance. According to Mr. Zhang, even if the autonomous system is hacked, the engine will shut down and the vessel won’t be able to move. In the future, the company expects to use Quantum Communication Technology, a system similar to the blockchain technology.

It is a new way of communication by means of quantum entanglement effect. It is characterized by high efficiency and absolute security. This would be a security solution for autonomous ship technology and would make the vessel almost impossible to hack.

Oceanalpha’s electric-propelled autonomous ship will be deployed in the Chinese area, to convey goods and food from the mainland to islands located 50 km away.

Though the ship is designed to perform without anyone onboard, Mr. Zhang explained that they will still need 13 members of crew onboard, due to international maritime regulations.

We will only be able to run unmanned when the regulation is ready for it. Nonetheless, we are allowed to test our vessel with no one aboard in the South China Sea. That’s a big advantage for us compared to our competitors, to be allowed to test autonomous ships in real conditions.

China wants to become a major player in this area, alongside the Norwegian leader Yara Birkeland and the British Rolls-Royce. And Mr. Zhang, is quite confident about this.

From a technology perspective, there is not a lot of difference between us and competitors like Yara Birkeland. But in China, our advantage is on the testing field and on the regulation field. In Europe, it takes a long time to launch something, you need to test it a lot. In China, things go faster and we will be quicker to launch a fully autonomous ship and start commercial applications.

For Mr. Zhang, autonomous ships will even arrive long before other autonomous vehicles like self-driving cars. According to him, the first commercial USVs will be on the water by 2025, “when the regulation is ready.”

Autonomous ships will be used for various purposes ranging from maritime transportation and water environment monitoring to ocean engineering and surveys. Another objective, more political, would be to use autonomous vessels to patrol and enforce China’s borders and disputed territorial claims in the South China Sea.