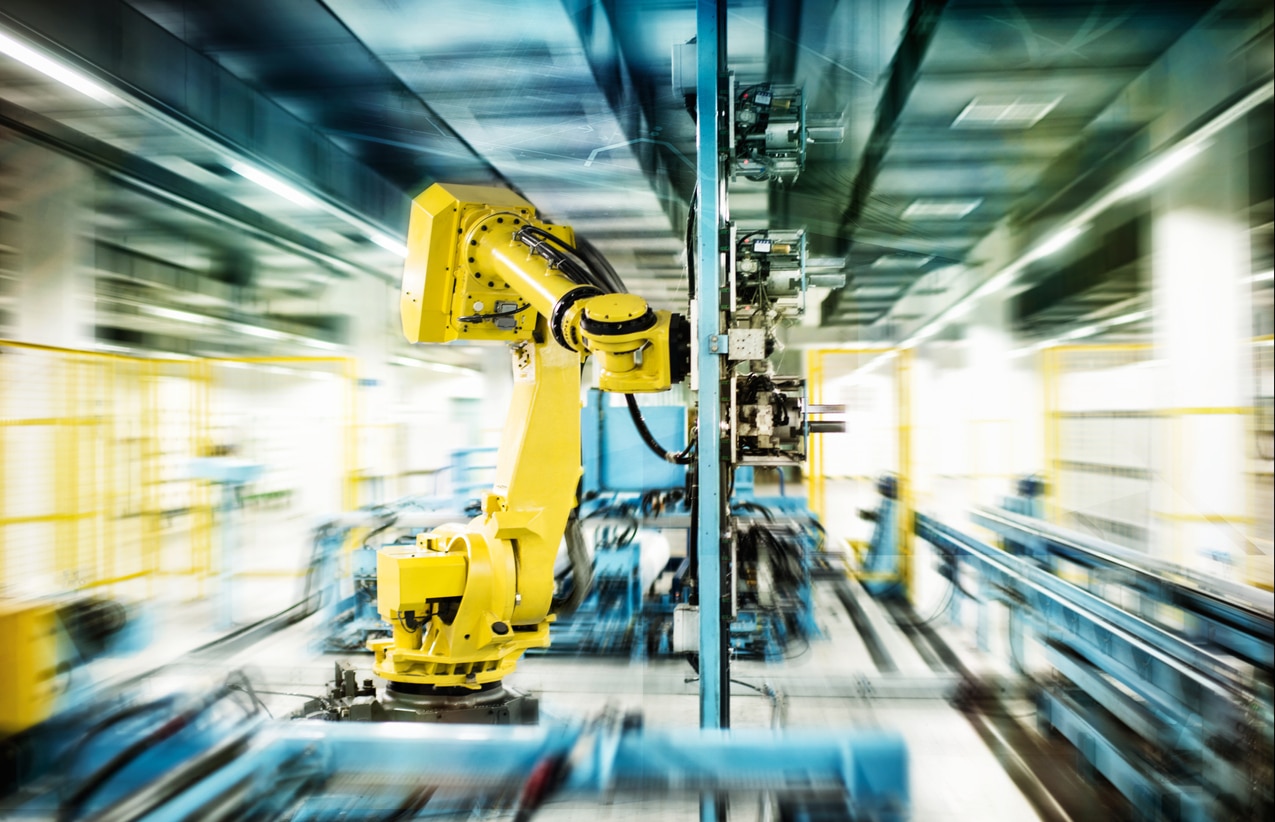 Just a few years ago, industrial robots were the stuff of science fiction. Today, as robotic systems become smarter, cheaper and more flexible – driven by trends in simplification, collaboration and digitalization – they are becoming indispensable across a wide range of industrial sectors.

Andra Keay is Managing Director of Silicon Valley Robotics. He reckons that,

Demand for industrial robotics is currently increasing faster than anyone predicted, as more countries adopt robots for manufacturing, electronics and e-commerce logistics.

The rise of Industry 4.0 and the development of robotics technology is redefining the relationship between automated machinery and humans in the workplace. Thanks to advanced sensors and security systems, collaborative robots (cobots) are increasingly taking up new positions next to their human colleagues, says Mark Gray, UK area sales manager for leading Danish cobot maker Universal Robots.

Despite the recent demise of cobot manufacturer Rethink Robotics, cobots remain the fastest growing sector in industrial automation. A recent report from venture capital firm Loup Ventures projects cobot sales to soar from 8,950 units in 2016 to 434,404 by 2025 (by which time they will account for a third of all industrial robot sales), representing a CAGR of over 60%. 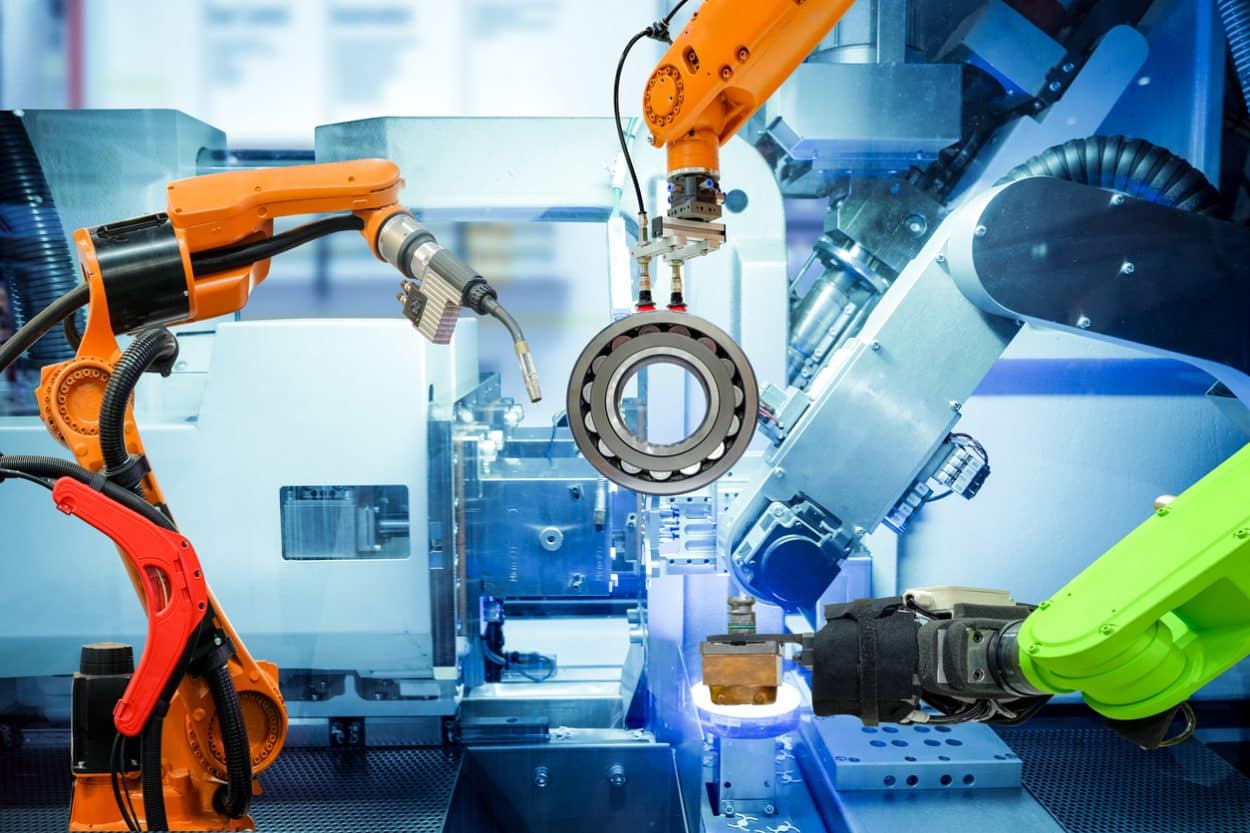 Programming cobots is typically less complex than conventional industrial robots, which lowers overall cost and improves flexibility. With an average price tag of between $25,000 and $45,000, the rise of cobots has made automation accessible to industrial SMEs. The ability to partner cobots and people boosts productivity, since it allows companies to rebalance production lines as demand varies.

The change to high-mix, low-volume production means people need to increasingly interact with robots in more sporadic, intermittent ways. Swiss robot robot maker ABB has recently released a product called SafeMove2, which turns industrial robots into collaborative ones by controlling the robot’s speed, force and position when a person comes near.

With minimal on-board intelligence, AGVs can only obey simple programming instructions, using wires, magnetic strips or sensors to follow fixed routes. In contrast, AMRs have far greater autonomy and represent some of the latest and most innovative automated devices on the market, explains Jakob Bebe of MiR, a Danish manufacturer of collaborative mobile robots.

AMRs are collaborative and designed to drive safely among human workers. They often carry high payloads in highly dynamic environments and therefore have to be very sophisticated.

Using data from cameras, built-in sensors and laser scanners, as well as complex software, an AMR can detect its surroundings and choose the most efficient route to its target. If forklifts, pallets, people or other obstacles block its path, it will safely manoeuvre around them, using the best alternative route.

While companies have been automating their production for years in order to stay competitive, there are significant gains to be made by automating materials handling. Going forwards, AMRs are likely to play an increasingly important part in lean operations across a wide range of industrial settings.

Founded in 2015, MiR is currently developing three different autonomous mobile robots; the MiR100, MiR200 and MiR500, with payloads of 100, 200 and 500 kg respectively. With switchable top modules, they can be used in industries ranging from automotive and electronics through to pharmaceuticals and logistics.

Thanks to robots, people no longer have to do dull, dirty, dangerous or delicate jobs, and they no longer need to be exposed to the risks of repetitive tasks or poor ergonomics.

While robots are becoming steadily smarter, with a growing number capable of understanding environmental changes and improving performance through artificial intelligence, we are still many years away from seeing a truly cognitive industrial robot that can replace a human, thinks Jeff Burnstein, President of the Association for Advancing Automation.

Over the past 20 years, whenever robot sales in the United States have gone up, unemployment has gone down, and vice versa. The real threat to jobs is when companies can no longer compete. Robots help companies become more competitive and win new business.