Machining Vibrates to the Ultrasound Rhythm 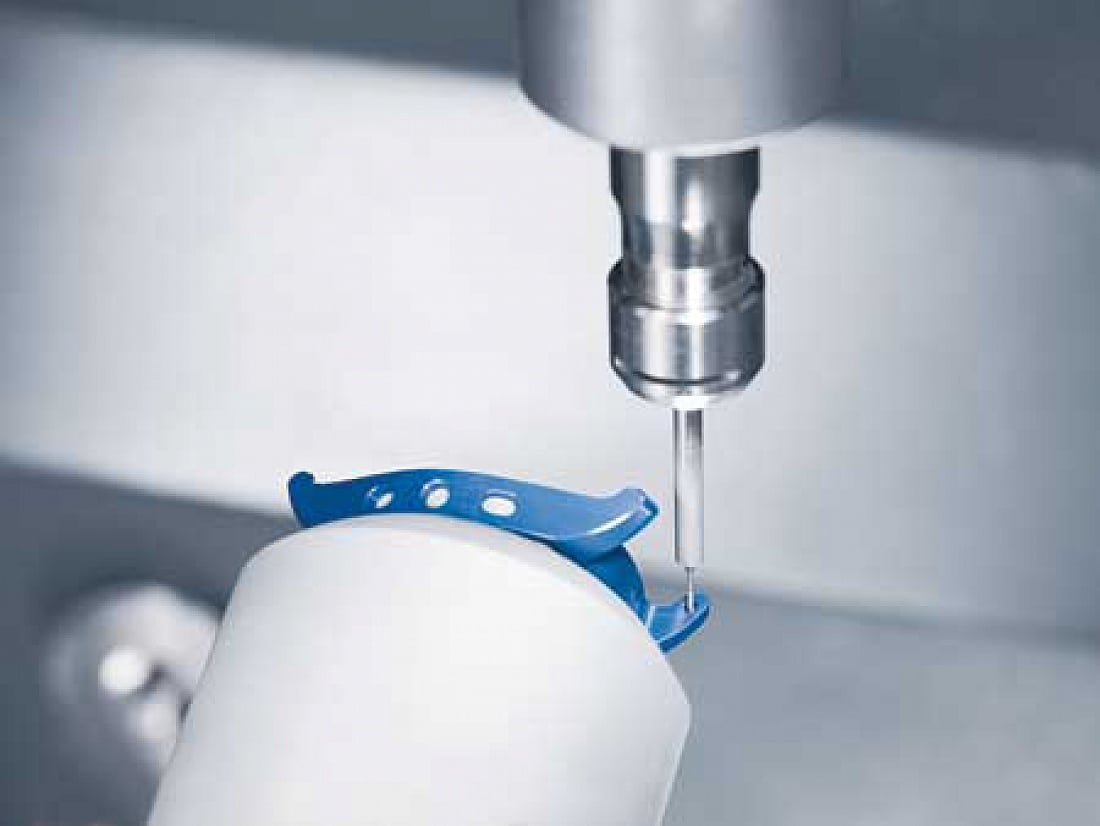 Ultrasonic machining—causing the cutting head of a machine tool to oscillate as well as rotate—is not new. It dates back to the middle of the last century and originally involved the use of an abrasive slurry in combination with the movement of the tool. Now, though, it is far more likely to resemble conventional machining utilizing normal cutting fluid.

One of the major suppliers of ultrasonic machining equipment is the German-Japanese company DMG Mori. According to UK sales manager Kevin Jones, the firm now has an installed base of around 700 ultrasonically-enabled machines worldwide. Jones concludes that the technology is “not emerging” but is instead “mature and established.” Its defining feature is the “generation of a vibration frequency at the cutting edge of the tool in the range 20-50 kHz.” This is achieved by electrical excitation of piezo elements in the toolholder via an induction coil in the spindle. They vibrate in the range of 2-12 microns with no vibration in the spindle.

The technique is particularly useful for machining difficult materials, such as glass, ceramics or carbon fiber. Jones adds that it also offers advantages when machining magnesium, titanium and similar metals. The most immediate benefit is longer tool life. He cites the example of a DMG customer drilling a 1.3 mm diameter hole to 23 times that depth in magnesium. Conventional techniques resulted in “just one or two holes per tool.” This figure jumped to 15 when an ultrasonic approach was adopted. Another example is grinding a silicon nitride workpiece to serve as an airborne camera housing. The process yields surface roughness of less than two microns with minimal tool chipping.

Another user of ultrasonic machining is the UK’s Advanced Manufacturing Research Centre in Sheffield. The organization has operated a DMG ULTRASONIC 10 rotary ultrasonic machine for the past three years. With this system, abrasion is effected solely by the tool. Grinding technology leader Jim Kelsey says the machine is used extensively for point grinding advanced ceramics, particularly for aerospace applications. To date, results have been good and represent a “baseline” against which alternative approaches can be evaluated.

Kelsey explains that the advantage lies in the “reduction in forces. It enables the use of small-diameter tools—5 mm or less—on hard, brittle materials. While the rate of rotation may reach 40,000 rpm, the actual “surface speed” of the tool against the workpiece will be relatively low. This extends tool life and enhances accuracy by minimizing tool deflection. In summary, Kelsey adds,

As materials get more difficult to machine, we need something to enable us to point grind efficiently, The ultrasonic approach enables us to do this.