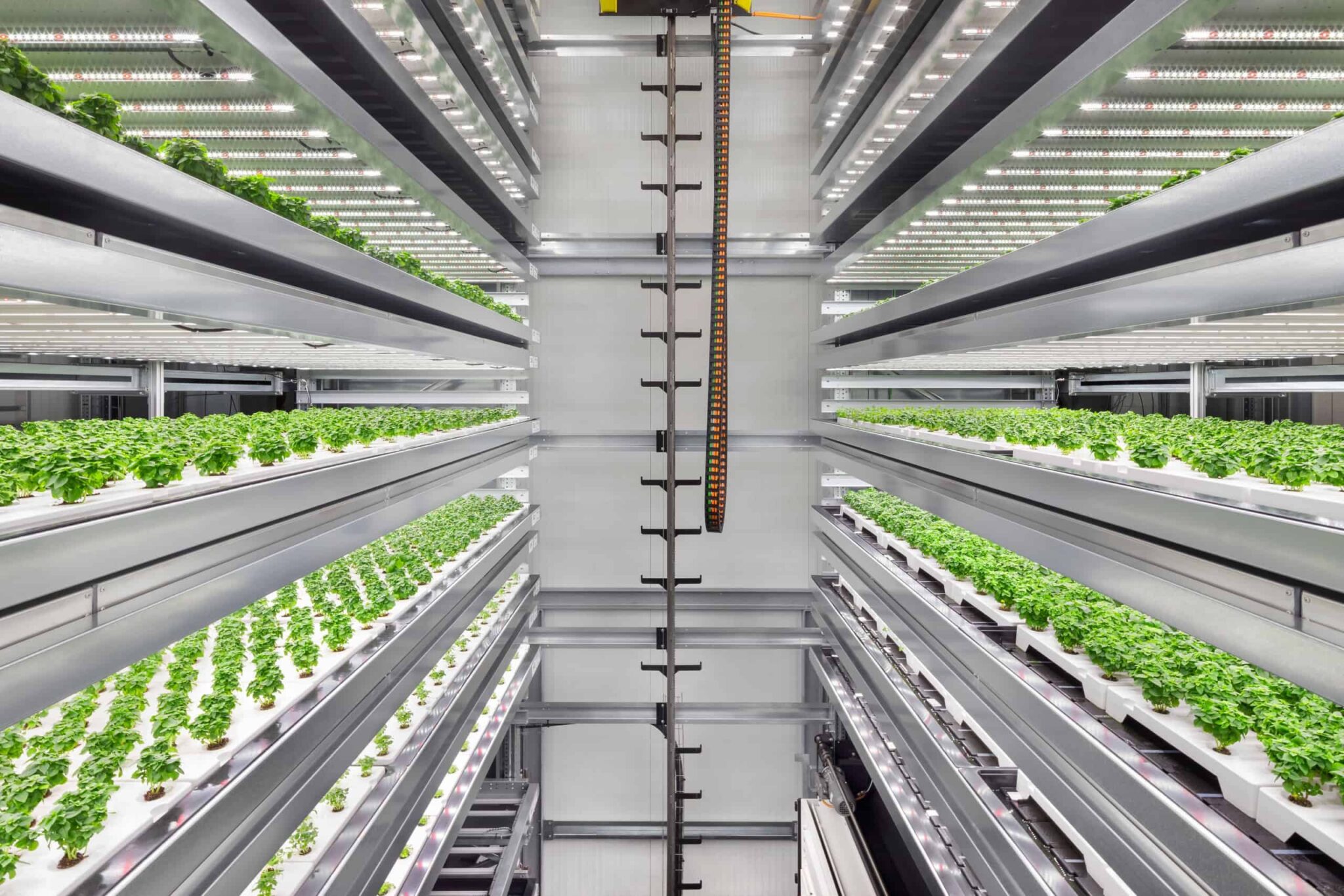 The world population is set to increase by 30% by 2050 and the majority of people will be living in cities. As populations grow, arable land for food production becomes scarcer, and urban sprawl pushes food production further away from the city. Plus, climate warming threatens global food security. So, how will these extra mouths be fed? Across the planet, many companies are looking for solutions. We selected three concepts that enable to grow food in urban areas, in France, Germany, and the Netherlands.

Chris McCullough and Melanie Epp contributed to this article.

Created in 2019, Futura Gaïa is developing a vertical agriculture solution on living soil that could help grow sustainable food in urban areas. Their objective is to produce food locally without chemicals leaving a limited environmental footprint and ‘unsurpassed sobriety’ to preserve drinking water resources. They also intend to avoid waste and guarantee affordable and stable prices all year round.

They are using a rotative geoponics system. Barely sprouted plants grow inside large rotating cylinders that contain a thin layer of soil. The cylinders then rotate at the pace set by a computer that also controls the level of water and nutrients.

The living soil where the plant grows benefits from a micro-dosing of nutrients and a minimum of water. The rotating geoponic, therefore, creates a climatic environment with ideal conditions for the plant to grow.

The vertical farms in rotative geoponic can be installed in existing buildings, for example on industrial wastelands. The great thing with this system is that it allows the cultivation of plants in potting soil, vertically, and no longer in a flat model, as for traditional agriculture.

Founded in 2013 and labeled as the new generation of farm, German startup Infarm farms everywhere—in supermarkets, restaurants, bars and warehouses—lowering the carbon print by cutting out millions of miles between the farm and the final consumer.

The farms are connected to the internet and information is exchanged via the cloud. It’s 2m² with several levels and can produce 1,200 herbs per month (per farm) without any pesticides.

The farm allows exact monitoring of light, climate, pH value of water, etc., and can be tailored depending on the type of produce.

Its hydroponic system uses 90% less water than conventional farming and only needs water replacement twice a month for hygiene purposes.

They are currently operating farms in various areas around the world including Japan, the UK, and the US.

Located on the rooftop of the Schieblock building in the heart of Rotterdam (The Netherlands), DakAkker is one of the largest rooftop farms in Europe. The 1,000 square meters farm produces vegetables, edible flowers, and herbs, and supply local restaurants.

DakAkker uses Smartroof, a sensor and weather-controlled roof that has the capacity to hold 60,000L of water. In times of excess rainfall, sensors alert the rooftop of potential flooding and drainage controls are implemented.

Rather than using soil, DakAkker employs a substrate made of a mix of lava stone, clay, and plant material. Grow boxes are made of lightweight polystyrene.