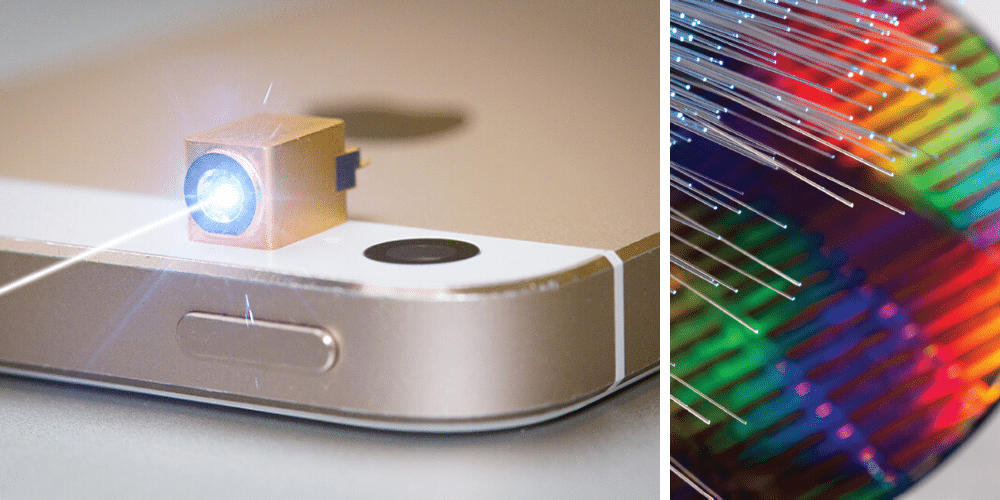 Computers at the Speed of Light?

Silicon photonics was a major theme at SPIE Photonics. The technology, still under development, would use light rather than an electric current to carry information. This already exists in the form of the fiber optics which deliver a superfast internet. Applied to computers, it soon could lead to quantum computing at heretofore unbelievable speeds.

DirectIndustry e-magazine met with LETI, the French research institute for electronics and information technologies, to discuss how silicon photonics is transforming computing and how it could revolutionize the digital world.

A Laser Light in a Thimble

Projectors are getting smaller and smaller and technology is getting better and better. But TriLite is going one step beyond. Their RGB 35-lumen laser module is a pico projector so small and light (3 grams) that it’s suitable for any small display device, from smartphones and tablets to smart glasses and watches. The automotive and aerospace industries could benefit from such a high-resolution light source in a small package. At SPIE Photonics West in San Francisco, the Austrian manufacturer gave a demo of their laser.

Through the Eyes of Self-Driving Cars

Cameras, sensors, radar are the new eyes of autonomous vehicles. But do you know about LiDaR? These optical systems create precise 3D maps of the environment in real time, ensuring safety by taking traffic signals, other cars and pedestrians into account. This sophisticated technology will make possible tomorrow’s self-driving cars but also other systems.