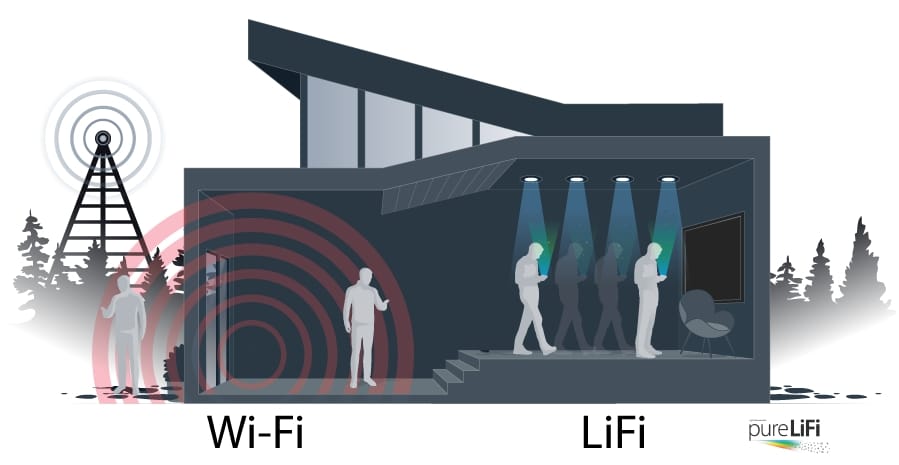 Li-Fi is a technology that basically connects you to the internet through light. It converts light beams into an electric signal that is then converted into wireless data. pureLiFi invented the term LiFi and came up with their own version of the technology. DirectIndustry e-magazine met with Mostafa Afgani, CTO and co-founder of pureLiFi, at Mobile World Congress.

DirectIndustry e-magazine: What is Li-Fi?

Mostafa Afgani: LiFi is the transmission of data over light. We modulate the intensity of the light that comes out of a luminaire to encode digital data. Li-Fi is a term that my co-founder Professor Haas came up with back in 2011. We decided to leave this term open so that the industry could use it to describe high-speed, light-based communication, that is bidirectional and fully networked.

DirectIndustry e-magazine: Can any kind of light connect you to the Internet?

Mostafa Afgani: At the moment, the technology is based on LEDs because they offer the ability to modulate fast enough for high-speed broadband communication. Incandescent lights for instance are not fast enough for LiFi.

DirectIndustry e-magazine: Technically, how do you convert light into a signal?

Mostafa Afgani: We produce devices, like a router, which interface with a network via standard internet connectors. And within the router, we translate the sequence of data packets into an analog waveform. And this waveform in turn flows through the LED. The changing current through the LED means that the brightness of the LED changes as well. That change happens very fast – over a million times per second –  and with suitable photodetector technology, we can receive this change in brightness and we can convert that electrical signal back into a data stream to reconstruct the original data packets.

DirectIndustry e-magazine: What kind of applications are you targeting?

Mostafa Afgani: The product we have today is not meant for the mass market. It has features that are suitable for industrial scenarios because Li-Fi offers very low-latency and high quality of service. And at the moment, we are mainly working with industrial partners. But we expect LiFi to be a widespread technology in all kinds of sectors where there is a need for communication. We are working on the size of the router and the cost to make it ready for the mass market.