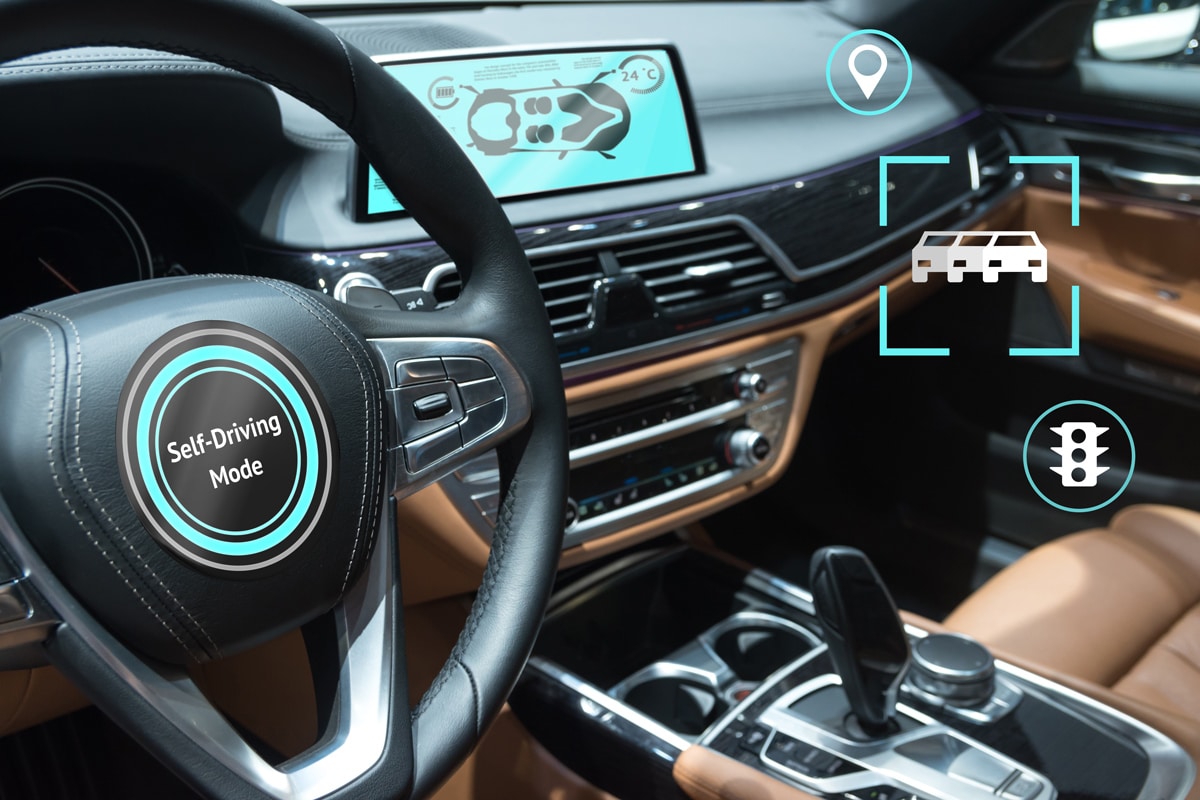 A few years after Google entered the race, cofounder Sergey Brin crowed that autonomous vehicles were just around the corner. “You can count on one hand the number of years it will take before ordinary people can experience this,” he said at a press conference. That was in 2012.

Since then, nearly every automaker, Google spinoff Waymo, ridesharing companies Uber and Lyft, and hundreds of startups have plunged into the self-driving game. But “driving” to work while napping or reading the newspaper remains a dream. Nonetheless, improving technology is approaching critical mass, explains Sam Abuelsamid, industry analyst at Navigant Research.

We have a pretty good understanding of the fundamentals of having a car drive itself and navigate its environment.

Right now, we’re transitioning from the R&D phase to production. But the automotive industry is heavily regulated and mistakes can be life-threatening.

For the self-driving revolution to roll forward, cars need better senses…or sensors. Each type of embedded device has its strengths and weaknesses. Cameras are good at distinguishing objects, whereas radar measures distance well but delivers more abstract images. LIDAR—which uses lasers to create 3D images of the world—sits somewhere between the two.

The biggest challenge is that sensors have to take all kinds of environments into account and be able to withstand vibrations, electromagnetic interference and weather conditions like rain, snow, wind and extreme temperatures. Building sensors that are going to survive rough, everyday use is very complicated.

The good news is that cameras are getting cheaper, while resolution and dynamic range increases, making it possible to put more cameras on the car.

LIDAR, however, is not ready for mass market applications. High-end LIDAR can carry a prohibitive price tag of $70,000. But VayaVision is trying to tackle the problem.

The Israeli startup is cutting the cost of LIDAR to mere hundreds of dollars while improving resolution to ultra HD. Their version samples only a few specific areas rather than the unit’s full 360° view.
Doron Elinav, director of product and marketing explains:

We humans don’t see everything in our field of view in full resolution. The corners of our eyes mostly detect movement, yet our brain builds a model of the world from that information. In the same way, our LIDAR identifies risk areas lacking information and measures only those.

Coupled with a proprietary algorithm, it is able to build a 3D model of the surroundings by using raw data from just a few sensors.

This approach is necessary to make the autonomous revolution a reality.

Sensors enable cars to see their surroundings, but vehicles still need a map for real-world orientation and navigation. Self-driving cars have relied on GPS. But it isn’t accurate or reliable enough for mass market applications, as satellite signals can be altered by tall buildings. DeepMap and other companies are working on next-generation mapping. DeepMap uses the car’s sensors to create a 3D map, complete with buildings, stop lights and traffic signs.

The robotic system needs to know road type and regulations—the speed limit, right turn rules, presence of boundaries. Without that, all it has is a pretty picture.

DeepMap creates a dynamic map which is constantly updated by digesting data from other self-driving cars. That could speed the car’s reaction times.

The map isn’t static. It becomes a living organism.

As promising as it sounds, Elinav thinks it’s too early to tell if self-driving cars will revolutionize transportation:

It’s not the amount of hype that matters but the amount of R&D and investment. Five years ago, only a few companies and academics were working on solutions. But rapid growth in recent years is a sign that the market is maturing.

Even so, you may never get the keys to your own self-driving car. According to Navigant’s Abuelsamid, autonomous vehicles will probably first appear as bus, shuttle and ridesharing services, in part because they’re so expensive. In addition, a bus following an established route in a dedicated lane also reduces complexity.

Add Sergey Brin’s 2012 remarks to similar statements by Elon Musk in 2014, and self-driving cars still seem to be five years away. But Silicon Valley optimism is not alone. Traditional car manufacturers like Ford and BMW have announced that they’ll have fleets of self-driving cars by 2021.

In this light, Abuelsamid adds “I believe that the first commercial deployment of Level 4 automation is three to four years away.”