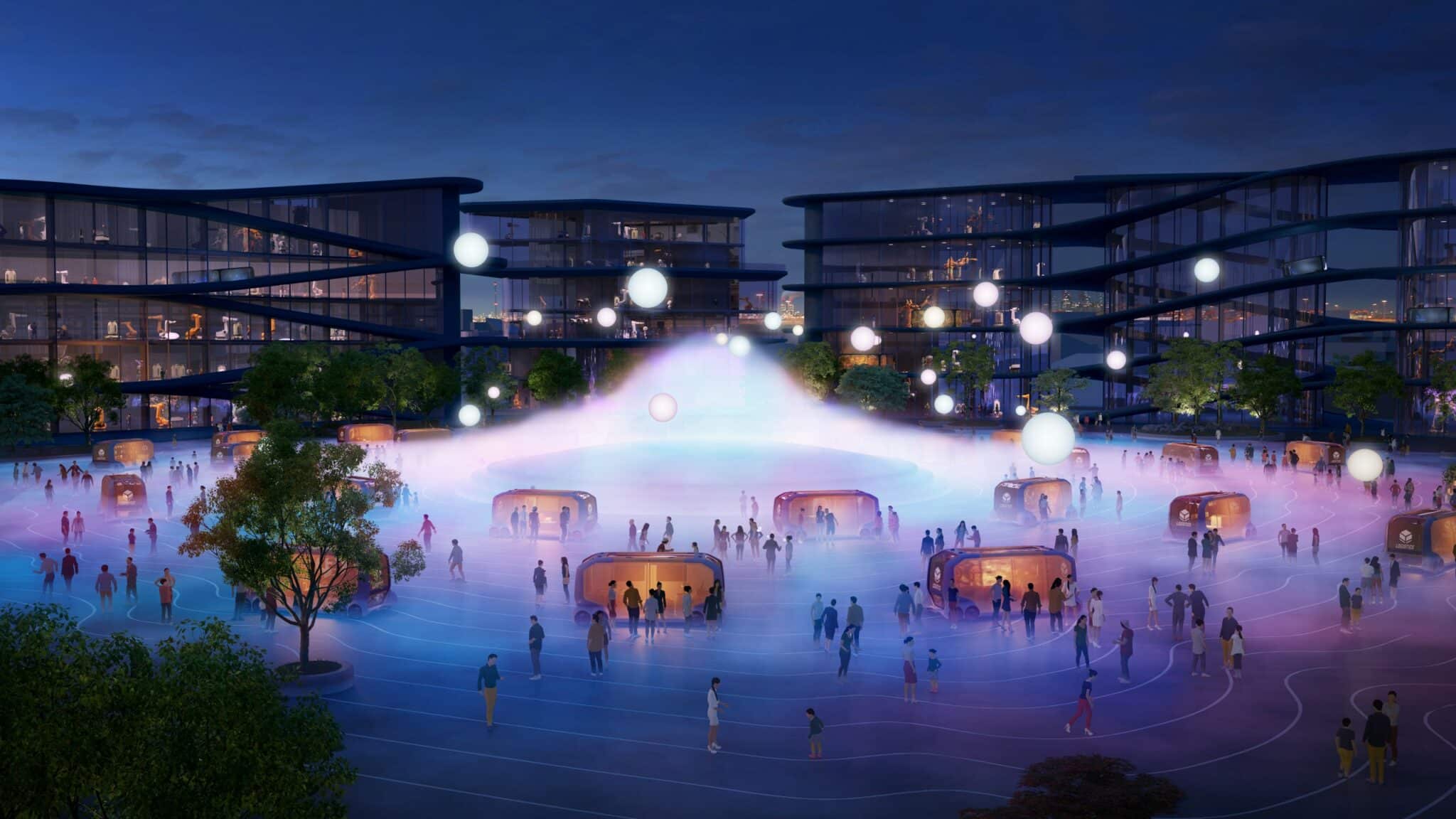 Today, urban mobility is on the verge of a transformation, as technological innovations in connectivity, autonomy and electrification offer potential solutions to challenges such as congestion, pollution and even global pandemics. Toyota, Japan’s largest carmaker, plans to be at the forefront of this transformation with its mobile metropolis, Woven City.

A bird’s eye view of any city reveals a world in never-ending motion. Trains, buses and trams ferry commuters to and from work; trucks deliver goods and remove rubbish; pedestrians march and meander along crowded pavements; cyclists negotiate lanes of traffic. As the lifeblood of our cities, mobility is essential for urban life.

Today, urban mobility is on the verge of a transformation, as technological innovations in connectivity, autonomy and electrification offer potential solutions to challenges such as congestion, pollution and even global pandemics. Toyota, Japan’s largest carmaker, plans to be at the forefront of this transformation.

FIND all our stories on smart cities

Announced at CES 2020, “Woven City” is Toyota’s “city of the future” – a “living laboratory” where the company will test AI, robots and self-driving cars. Construction is slated to begin in February, on a site in Shizuoka Prefecture, around two hours from Tokyo. Compared to other smart cities, such as Saudi Arabia’s Neom, it will be of very modest scale, with around 360 residents. These will comprise mostly elderly people and families, who Toyota believes are the main demographic groups facing the greatest urban mobility challenges (especially in Japan, which has a rapidly ageing population).

Woven City will allow Toyota to develop safe, people-centric mobility, with residents and researchers testing, refining and integrating technologies such as autonomy, robotics, personal mobility, smart homes and AI in a real-world environment. A digital operating system for the city’s infrastructure will manage an ecosystem where people, buildings and vehicles are fully connected and communicating with each other through data and sensors.

Woven City’s streets will have three roads “woven” at ground level and one underground. Of the three roads at ground level, one will be a road dedicated solely to autonomous vehicles, one will be dedicated to pedestrians, and the third will be shared by small mobility and pedestrians. Such a setup will allow the company to safely conduct experiments within its CASE (Connected / Autonomous / Shared & Service / Electric car) strategy.

According to Ray Fuji, Managing Partner for L.E.K. Consulting in Japan

“Woven City will generate a huge amount of invaluable data for Toyota and its partners. This will be a fully controllable environment, with no private cars. A fleet of self-driving vehicles known as e-Palettes will be used for delivery and retail purposes, allowing the company to explore autonomous logistics.”

Powered by hydrogen fuel cells and rooftop solar panels, Woven City will also be fully sustainable, with buildings constructed mainly from wood and an overriding focus on energy efficiency.

“The integration of these technologies will eventually lead to the formation of a sustainable society in the region,. Carbon neutrality, which Japan is targeting by 2050, will be realized in Woven City, which will be a touchstone for carbon net zero in Japan as a whole.”

So why exactly is Toyota investing in Woven City? For Ray Fuji,

“Toyota knows that it can’t just remain an assembler of automobiles. We’re about to experience a paradigm shift in autonomous driving and alternative energy vehicles. Woven City is not about the company becoming a smart home or city manufacturer. It’s about the company pioneering holistic mobility solutions.”

“Going forwards, the number of automobiles produced is expected to decrease due to multiple factors, including more stringent diesel car regulations. Toyota wants to evolve into a mobility company that sells transportation services. If Woven City is successful it should give the company a stronger future.”