CES 2016: What We Selected from the Fair 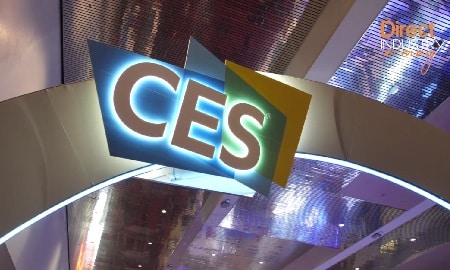 A Low-Power and Long-Range Wi-Fi Solution

Its range is twice that of normal Wi-Fi thanks to frequency bands below one gigahertz (900 MHz vs. the 2.4 GHz standard). This enables it to transmit signals farther, but also offers power efficiency. Wi-Fi HaLow also ensures connection in difficult environments, for example by penetrating walls more easily.

Wi-Fi HaLow will also find applications in the IoT, as its devices support existing Wi-Fi protocols, such as IP-based connectivity, to link to the cloud. In addition, thousands of devices can connect to a single access point.

Portable and rechargeable anywhere, the eco USBCELL is a battery with a plus: its eco-friendly concept. While more than 15 billion alkaline batteries are thrown away every year, the USBCELL can be re-used and re-charged hundreds of times simply by plugging it into a standard USB port. This eliminates the need for frequent replacement. Just a few minutes charging provides many hours of use.

This battery features the same lithium polymer (LiPo) chemistry used in smartphones. LiPo offers a longer period of use between charges and a greater number of total charges than NiMH batteries. It also provides continuous full-power performance. A device using USBCELLs will behave the same way until full discharge, whereas with alkaline batteries, performance tapers off gradually. However, this is not necessarily desirable in certain devices, such as smoke detectors. The price for a pack of two cells is about €14.

Control Your Own Consumption

California-based Nascent Objects presented Droppler, a water monitoring device that displays consumption through an app using sound and light. When placed near the faucet and using an advanced audio sensor system, the Droppler can recognize how much water is spent simply by listening to the water flowing. Each day, the user enters a water budget on the app. The external light strip appears full, shrinking as water is used. An audible signal indicates when the budgeted quantity has been reached.  This allows the user to track consumption in real time and change habits as desired.

The real magic comes from Nascent’s modular electronics platform, enabling the Droppler to be transformed into another device. The company says the user can upgrade and customize the unit with other modules, turning it into a camera, for example.