Touchless Tech Robots to the Rescue 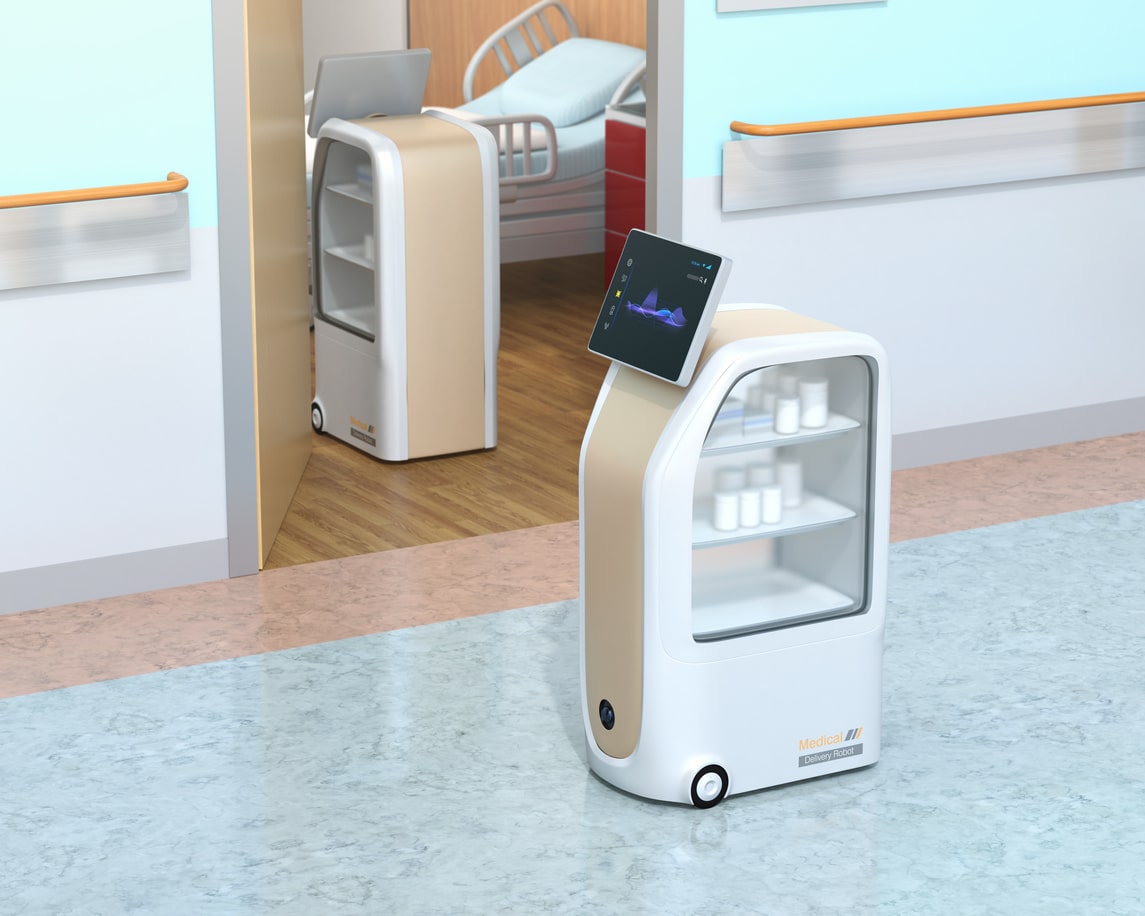 Robots and autonomous vehicles have evolved because of the Covid-19 pandemic. There will be a lot more touchless experience in general from now on (Credit: iStock)

From systems for controlling ventilators to equipment that can sanitize hospitals and deliver medicine to people in quarantine, robots and autonomous vehicles have evolved because of the COVID-19 pandemic. There will be a lot more touchless experience in general from now on and this trend is going to continue. Here are some opinions from industry experts on this topic. (This article was initially published in our sister publication MedicalExpo e-mag.)

“This [past] year has accelerated a lot of the uses for robotics that had already been envisioned. People had thought you could use a robot for anything dirty or dangerous where you don’t want to use a human, but that whole category has now really expanded. Before, you might not have minded whether you were getting in a robot taxi or a taxi driven by someone, but now there might be more need to have a vehicle that has been sanitized and is without a strange driver.”

James Burgess, CEO of Wing, which engineers small automated aircraft for the delivery of drugs and other urgently needed goods, agreed the pandemic had increased demand for and the acceptance of robotics. He said:

“We have seen a huge spike this [past] year—a six times increase from before the quarantine lockdowns. The fact we are contactless helps, but it is also the case that the alternative is using technologies that have been around for some time, such as automobiles and heavy trucks, to move small, urgently needed items, like a meal or medicine. This is inefficient and uses a lot of carbon. We think robotics provides a great potential for stripping costs out of that last mile, especially when you can avoid congestion.”

“People are valuing the opportunity to have things delivered in a contactless manner—this [past] year we have seen our volumes triple. Delivery is the largest unautomated industry, the last place where a single person like a courier is handling something for you for 20 minutes. From the consumer perspective delivery today kind of works but it isn’t always working for the company.”

Eight Million Robots Out There by 2030

Despite the boost provided by the pandemic, the industry still faces challenges. Heinla said:

“It is all very complicated, especially when it comes to managing a fleet. You have to look at hardware, software, safety and regulations, consumer adoption and value proposition, but by doing so we are building something that is changing the world. People used to think of robots as a gimmick, but they have come to realize this change is coming because these services actually now exist and are working well.”

The key to continued success for players in the market is to work together to build the robotic and automated vehicle industry as a whole. Kathy Winter from Intel Corporation said:

“One estimate says there will be eight million robots out there by 2030 and six million of them will be moving and autonomous. This is such a massive opportunity for everyone that accelerating the market and getting the legislation in place and liability potential under control works for everyone in general. You are going to see a lot more touchless experience in general from now on, whether that is in your vehicle or robots running around. That trend has really been accelerated and is going to continue.”

READ ALSO | Coronavirus: How Robots Are Helping Fight the Outbreak