China reached a major milestone at the end of January 2021, when the first HPR1000 reactor - better known as Hualong 1 - began commercial operation at the Fuqing power plant in Fujian (Credit: CNNC)

INSIGHTS| China’s Road to 2025 (7/8) – NUCLEAR ENERGY – With its “Made in China 2025” strategy unveiled in mid-2015, China has set itself the goal of becoming the world’s leading economic power. In this context, DirectIndustry magazine is partnering with intelligence consultancy DCA to offer our readers key information about this industrial strategy. Jean-François Dufour, CEO of DCA, deciphers one of the objectives of the “Made in China 2025” plan including semiconductors, machine tools, electric vehicles, railways, and telecom.

While nuclear power generation is being abandoned or reduced in some parts of the world, it remains part of China‘s plans to meet the country’s enormous energy needs. This is especially true as China is supporting a national industry with a technology acquisition strategy enabling it to produce its own models henceforth and to prepare the next generations of reactors.

China reached a major milestone at the end of January 2021, when the first HPR1000 reactor – better known as Hualong 1 – began commercial operation at the Fuqing power plant in Fujian. The 49th commercial nuclear reactor to run in China is the first one that’s been nationally designed, and the stakes are more than just symbolic. 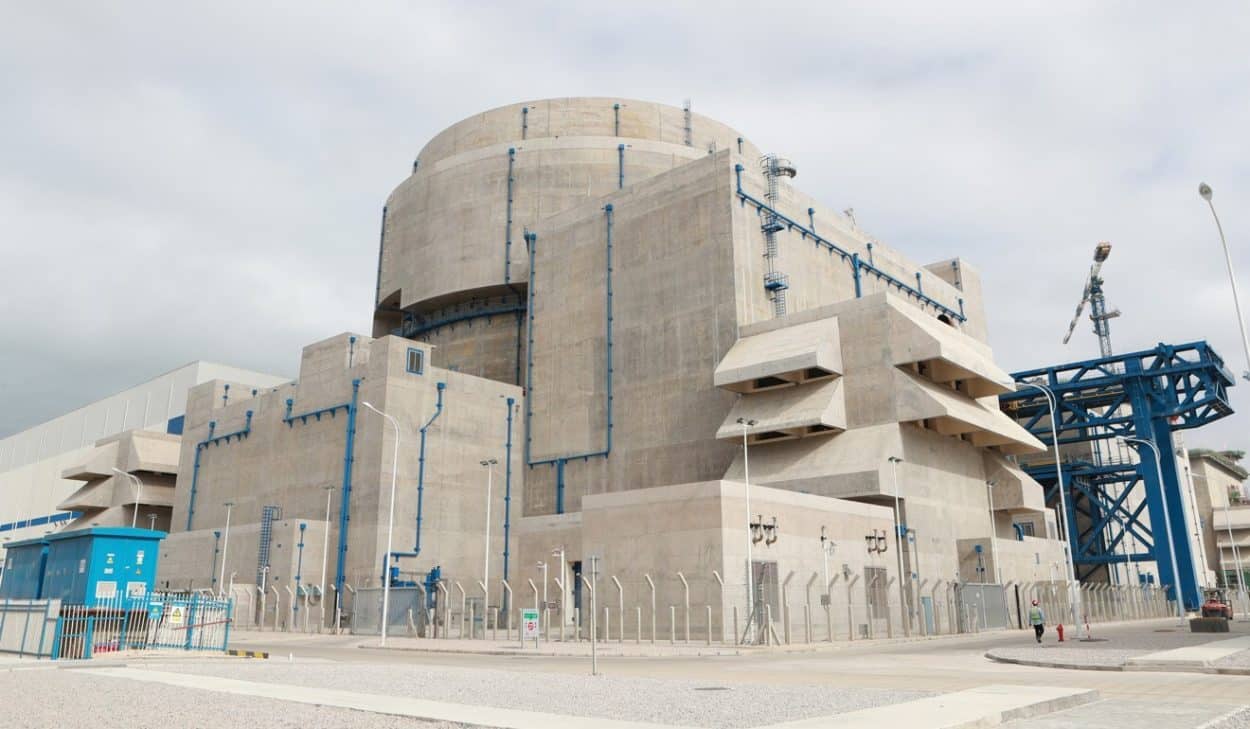 Although at 47 GW (gigawatts) Chinese nuclear power has risen to third place in the world in terms of installed capacity (behind France with 61 GW and ahead of Russia with 28 GW), its development prospects are much greater than anywhere else in the world.

After a break for project re-evaluation in the aftermath of the Fukushima disaster in Japan in 2011, China has resumed the development program for a source that still only accounts for 5% of its electricity production.

Another 16 units are currently under construction across the country. In addition to the approved projects, 55 new nuclear reactors, for a total capacity of 59 GW, are to be added in the medium term. The Hualong model will likely play a considerable role in this project. The extent to which has yet to be determined and will depend on whether its operations prove to be satisfactory. 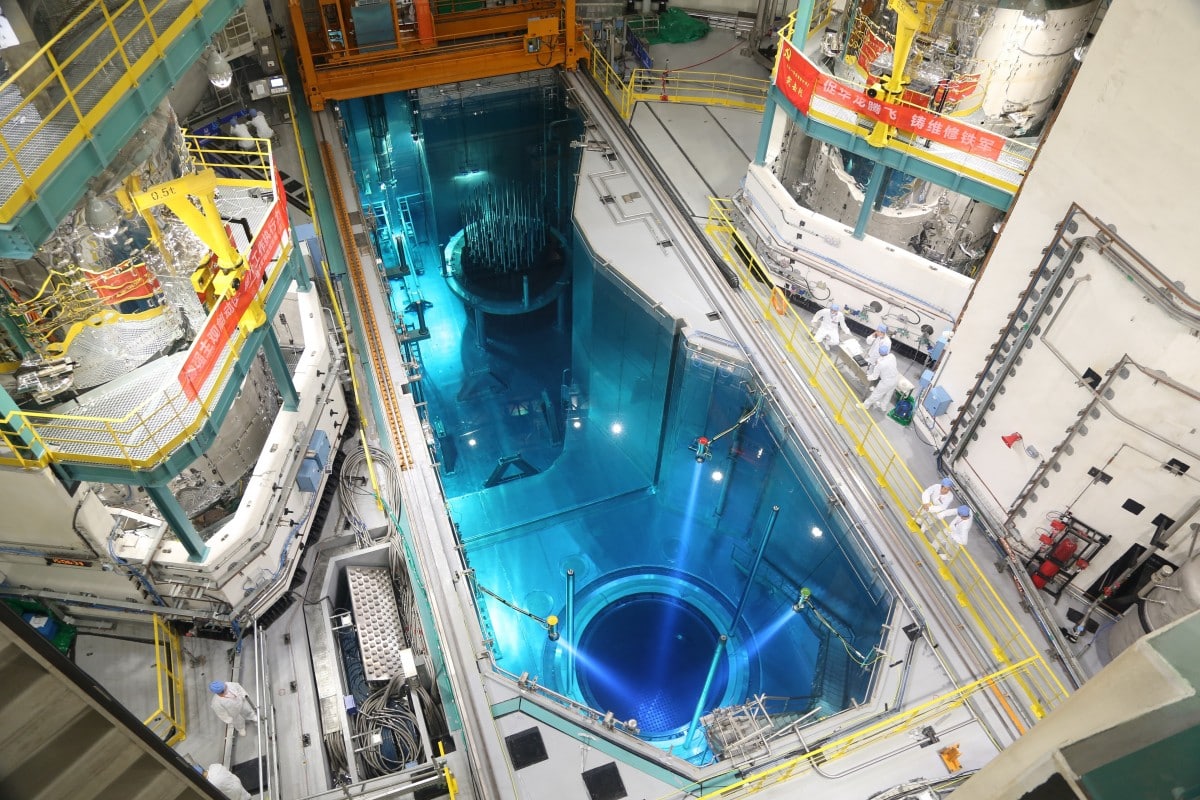 Developed in cooperation by the two major national operators CNNC (China National Nuclear Corp.) and CGN (China General Nuclear Power Corp.), the HPR1000 is the culmination of a strategy of acquiring foreign technology that began in the 1980s. From the French Areva and EDF and the American Westinghouse to the Russian Rosatom (with its VVER models) and the Canadian AECL (Atomic Energy of Canada Ltd, developer of the Candu reactors), the two Chinese groups have been working with all the nuclear reactor designers in the world for thirty years in order to implement their models in China.

While this collaboration has not always been smooth sailing, the country has established itself as a market that cannot be ignored by all these partners. This is demonstrated by the fact that Westinghouse’s first AP1000 reactors and Areva’s first EPRs were commissioned in China in 2018.

While China, in search of improvements, remains open to partnerships, the objective of Hualong 1 is clearly to supplant foreign models. And the ambitions don’t stop at the Chinese market. A sales offensive is underway to sell it to Europe, Latin America and Africa. The first one to be operated abroad will be in Pakistan, which is expected to follow closely on the heels of Fuqing’s premiere. 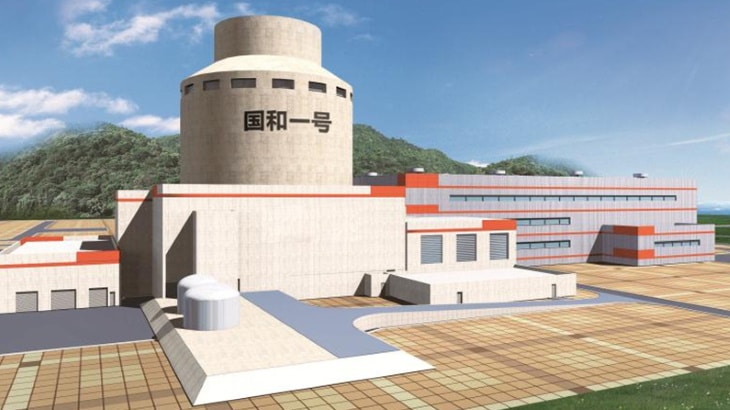 The HPR1000 is not the only model being developed by China. The larger CAP1400 (1,400 megawatts or more) developed by the SPIC group (State Power Investment Corp.), which in 2015 absorbed SNPTC (State Nuclear Power Technology Corp.), Westinghouse’s former local partner, finalized its design in 2020.

While its future remains uncertain beyond the two pilot units under construction in Shidaowan, Shandong, there are high hopes for the ACP100 model, the first of which is being built by CNNC at the Changjiang power plant on Hainan Island.

This reactor represents the opposite choice with small capacity units (125 MW) and has two intended uses. The more traditional use will consist of underground units for power plants with limited capacity. The more innovative use is floating nuclear power plants that can supply islands or coastal cities. These are being developed with the shipbuilding giant China Shipbuilding Group.

Towards the 4th Generation

While China has its own third-generation nuclear reactors, it is already working towards fourth-generation technologies. And for the first of these technologies to be explored, things are already advanced. In 2021, the first commercial-sized HTGCR (High-Temperature Gas-Cooled Reactor) with a capacity of 200 MW should come into operation, in Shidaowan as well. Developed by CNNC and Tsinghua University (the largest in China), it is an extension of the 10 MW demonstrators that made it possible.

But before this first HTGCR could even enter into operation, the construction site for the pilot of another technology was started. The CFR600 (China Fast Reactor 600 MW), the first Generation IV Sodium-Cooled Fast Neutron Reactor, is under construction in Xiapu, Fujian. The goal is for it to be operational by 2023.

The Future of Fusion 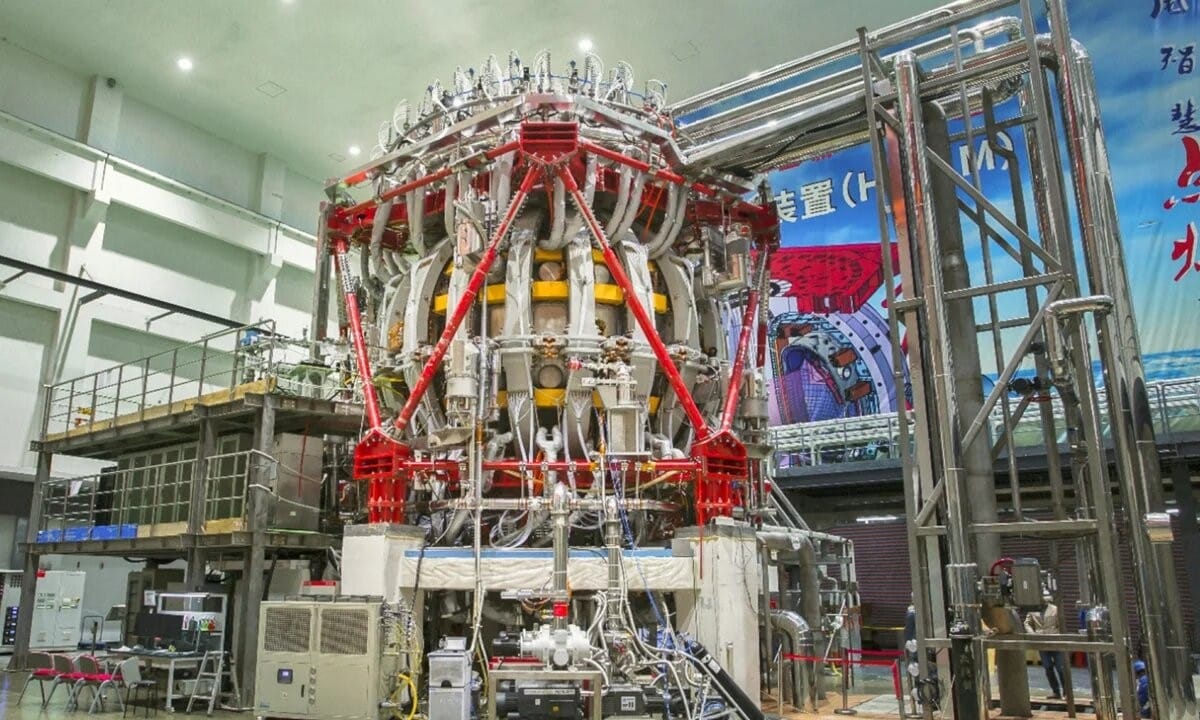 Like other leaders in nuclear technology, China is now looking beyond fission to fusion. The Southwestern Institute of Physics (SWIP), a branch of CNNC, commissioned the HL-2M, China’s third-largest tokamak, in December 2020 in Chengdu, Sichuan. This tokamak is much more advanced than its predecessors inaugurated in 2002 and 2006, and its objective is twofold.

The first goal is to convince partners in the ITER (International Thermonuclear Experimental Reactor) project, based in France, to entrust it with a larger share of the development work. The second is to preserve the national capacity to develop nuclear fusion, should participation in this international association be called into question.

Whether it be in cooperation or solo, China intends to remain at the forefront of nuclear energy development.