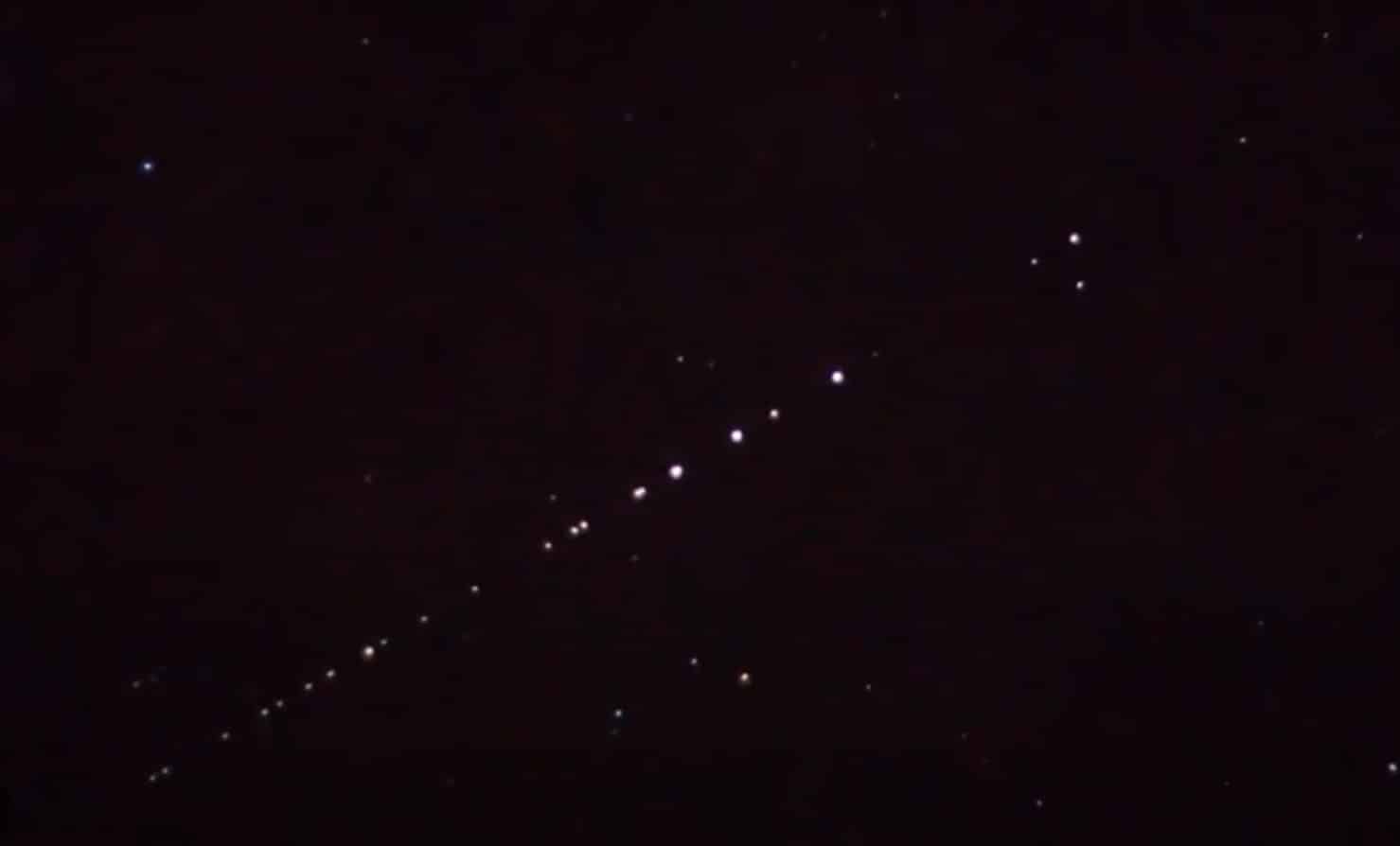 While the whole world is mainly focused on the coronavirus pandemic, innovation continues. SpaceX has just launched 60 additional satellites into orbit, as part of Elon Musk’s Starlink program. This program is designed to bring high-speed Internet to the world starting this year.

An extraordinary show took place in the skies of Western Europe last week. On Wednesday April 22nd, a SpaceX rocket launched 60 satellites into space, to join Elon Musk’s Starlink satellite constellation. For several nights, people had the chance to observe a train of satellites following each other at constant speed, moving towards the SpaceX Starlink mega-constellation, as shown on this video.

The Starlink broadband constellation is meant to offer high-speed and low-cost Internet access. Around 360 satellites have already been launched since May 2019 and this last launch was the seventh batch. The constellation now counts 422 mini-satellites (each satellite weighs around 260kg) orbiting Earth at an altitude of 550 km. SpaceX says the complete constellation will extend up to 1200 km.

SpaceX chief executive Elon Musk has already received the authorization to deploy 12,000 of them from the American authorities and has filed a frequency request for 30,000 additional satellites. This ambitious Internet program will first cover the northern United States and Canada in 2020, before expanding to the rest of the world in 2021. However, there are still hurdles to overcome. Starlink needs the approval of the regulators of each country covered and Canada, for example, still does not consider it as an “Internet Service Provider”.

Besides, the future Starlink satellite network is not without concern for astronomers, astrophysicists and meteorologists. They fear that the quality of scientific research will be undermined by the presence of these satellites that appear as bright lights in the night sky, like it happened last week. Some of them have already raised concerns on social networks, such as Alex Parker and Jonathan McDowell.

“We would be left with all of these fake trails, fake galaxies, etc., in our data, damaging the science”.

One photograph has particularly worried the scientific community. It was taken by the telescope of the Lowell Observatory in Arizona as it tries to observe galaxy NGC 5353/4. We can see the light trails left by 25 Elon Musk’s satellites, making the photograph impossible to work with.

American website CelesTrak provides space data and a map showing Starlink’s satellites as well as all the other satellites in orbit in real time. This already shows how crowded low orbit Earth is.

On Monday, in order to reassure the community, Elon Musk announced Starlink would be testing a “sun visor” to reduce the brightness of its satellites on the next launch. An experimental “VisorSat” coupled with a new way of orienting satellites as they raise their orbits, could bring a solution. VisorSat will use sun visors to prevent inbound sunlight from hitting the reflective antennas on the spacecraft so that they don’t reflect light back to Earth. According to Musk:

“Our objectives, generally, are to make the satellites invisible to the naked eye within a week, and to minimize the impact on astronomy, especially so that we do not saturate observatory detectors and inhibit discoveries.”

Where is Starlink right now? You can follow the satellites’ journey on a live map available here.