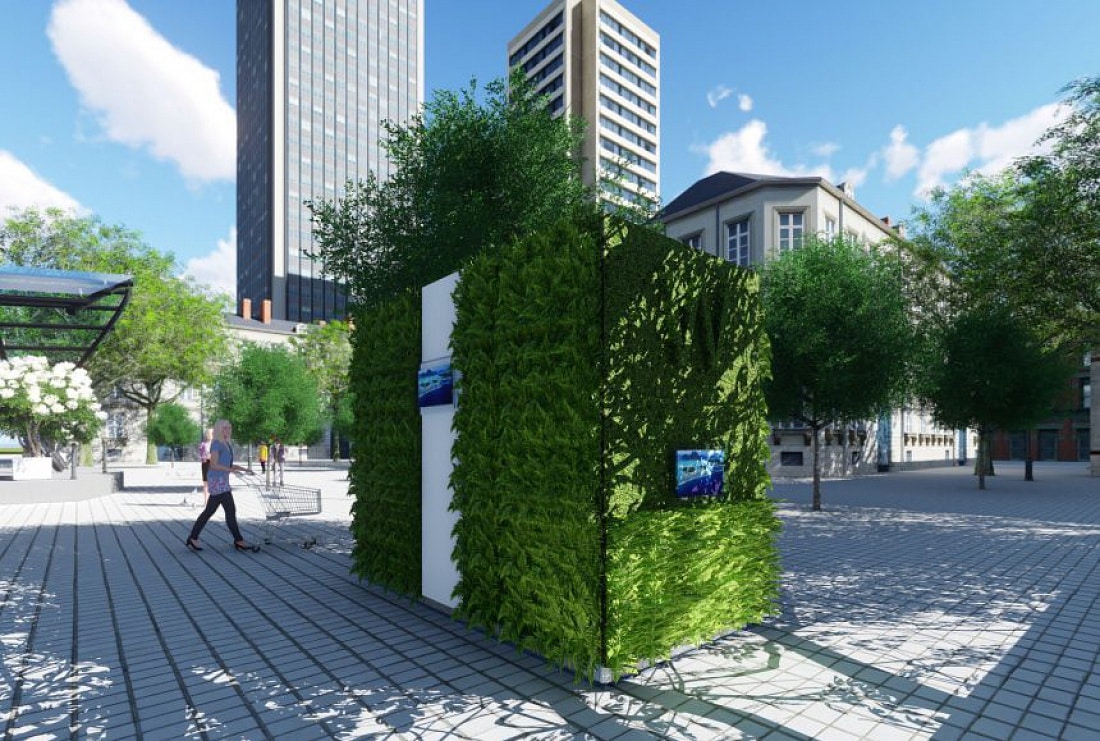 Technology has caused a myriad of problems in urban design. When auto use exploded after World War II, urban planners began tailoring the city to the car, neglecting individual and communal needs.

Ermacora and co-author Lucy Bullivant’s book Recoded City: Co-creating Urban Futures explores the past and present of this design system in order to demonstrate future possibilities. For example, Ermacora brings back the idea of open source urbanism—a much older concept than one might think. In 2010, the architect teamed with Bullivant in the Recoded City Project, which underscores the importance of citizen participation in creating sustainable and livable cities.

It’s an exciting time because architecture and design studios, even city officials themselves, are understanding more and more that citizen participation doesn’t necessarily equate to poorer designs.

Attending the planet’s largest tech conference offered the perfect opportunity to discuss the idea of open source cities with major tech players, both developers and integrators.

This idea of technology, where everyone has a smartphone in their pocket, can generate a highly visible network of design participants.

Drones Offer a Digitized View of Our Built World

Drone analytics company Airware also presents a new way for people to understand and interact with the physical world. The company collects drone imagery, sensory, IoT and other data, then transforms it into a digitized view of a location of interest—a construction site, for example.

People no longer need to put themselves in dangerous situations because they can send a drone to collect the data of rooftop wear, for example. What we’re doing at Airware is looking into the predictive side.

[Airware is able to create] a world that can thrive in the future—safer, better/more efficiently built and resourced, etc.

The construction industry benefits from the ease of data capture offered by drones. However, contractors need to harness the data in a way that ensures it is consumable, shareable and actionable. Airware’s system helps monitor job progress, including earth moving operations, design changes, and compares design plans to as-built.

It is exciting to be applying technologies such as machine learning and AI in the physical world where so many industries up to now have been well behind on the digitization curve.

Unlocking the Energy Contained in Waste

Embracing the idea that sustainability is the future, German startup company Wmoove provides a solution to two of today’s major problems: excess waste and high energy consumption. The company has developed charging stations which transform waste into energy and store it for up to six hours for subsequent transfer. The energy can be used to charge electric vehicles or power various facilities. Juergen Resch, founder and director of Wmoove, explained the system to ArchiExpo e-Magazine:

We’ve designed a microwave solution where we heat up the waste. We save the solids—metal for example—and gasify the rest of the waste. Then we use a hydroturbine that generates the energy.

Wmoove is currently seeking clients in the supermarket sector, where food and packaging waste could be turned into energy to power both facilities and electric vehicles. The company also foresees airports and shopping malls as potential customers.

The system also might revolutionize major elements of urbanism, notably infrastructure, where city planners could integrate the Wmoove charging station into their design. The city of Dusseldorf will be the first to do so when it installs five such systems, a step toward expanding the concept of smart cities.