Metrology Moves to the Factory Floor 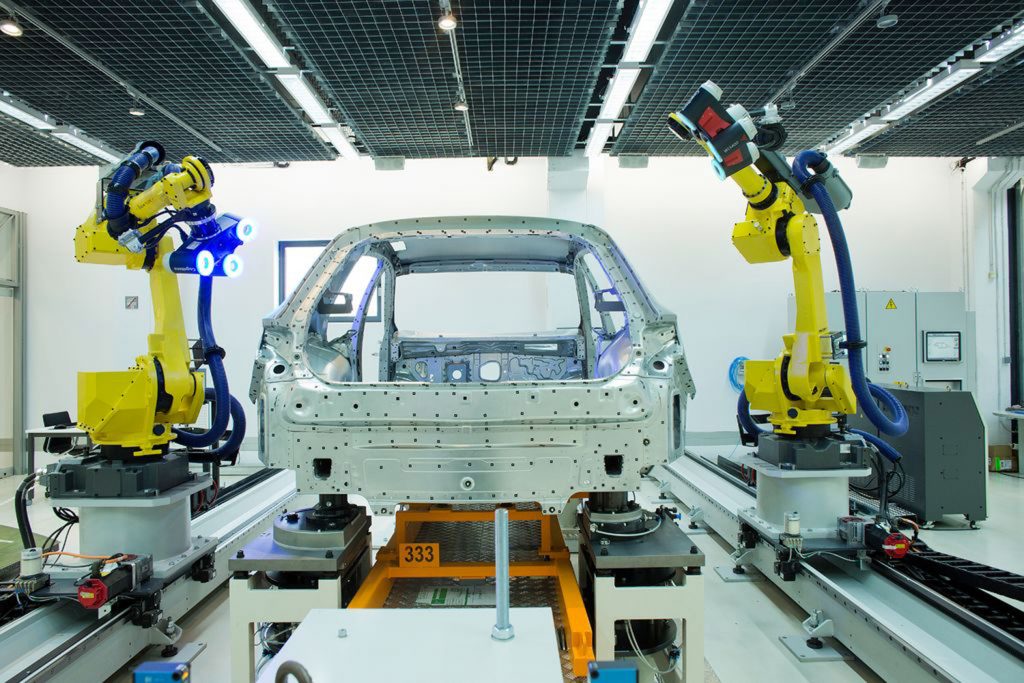 Metrology is facing massive changes. New technologies are emerging. Smaller portable and more accurate measurement devices are moving from the lab to the production site.

Metrology, the science of dimensional measurement, is used to ensure that a manufactured product is consistent with its initial design. Several tools have been developed to inspect and measure a wide range of products, from small components for the watchmaking industry to large parts in the aeronautics and automotive sectors.

Coordinate Measuring Machines (CMMs) measure the geometric characteristics of a product by contact. These stationary machines have a table to hold the product and a probe head that touches the item at various points along the X-Y-Z coordinates. This touch-probe process yields very accurate measurements, down to the resolution of a strand of hair.

To avoid dust, vibrations and high temperatures at the production site which could skew the data, CMMs have always been used in a measurement room. This meant the parts had to be carried back and forth between the production line and the quality-control lab.

But things are changing. Smaller, transportable CMMs are now entering the production site.

Hexagon Metrology’s 7.10.7 SF and TIGO SF are examples of these shop-floor CMMs. The 7.1.07 SF has major tools (computer, controller and interface boxes) housed in a single unit. It is equipped with anti-vibration shock absorbers to ensure accuracy. Integrated thermal insulation features compensate for workshop temperature variations. An optional software feature, PC-DIM Touch, can produce reports enabling the operator to take immediate action if a defect is observed.

For more flexibility around products, iTroni designed RoboInspector, an optical control and image processing robotic platform designed to inspect industrial parts. It is equipped with a camera and a lighting system that enable it to check manufactured parts from various angles and positions. Its cameras have a resolution ranging from 1000 to 4000 pixels which can take 2- or 3-D pictures and videos. It is safe to use the system cage-free at speeds up to 250 mm per second. With safety enhancement, it can work up to 1 m per second. The operator can teach the robot different positions by moving the arm manually.

The Inspector typically examines parts of about 1.3 meters long, but it can also inspect parts up to two meters. Checking takes about 1.2 to 1.5 seconds from each position. So, to take photos from 30 positions you need about 45 seconds.

We developed RoboInspector to enable customers in the automotive industry to test door panels, bumpers and other parts to make sure they are perfectly manufactured. We also increased flexibility by removing the housing so that the operator can take the Inspector onto the production line.

The laser scan can calculate millions of points and coordinates in a few minutes. It can quickly determine whether or not a car’s door handles are in the right place without taking the pieces apart.

The laser tracker directs a laser beam toward a reflective target positioned on the object to be measured and senses the reflected beam. Faro’s Laser Tracker Vantage  is increasingly used in the aerospace industry to measure large parts. For example, it is used to align aircraft wings during assembly. It offers 0.015 mm accuracy within a 160-cubic meter volume.

Other light handheld devices using optical technology have recently appeared on the factory floor and are utilized in the automotive industry. Creaform’s MetraScan-R is a wireless handheld 3D measurement solution whose round shape fits easily in the hand. The system generates 3D data. A remote twin-camera sensor scans the position of the MetraScan-R using its reflectors. When MetraScan-R shines a laser beam on the parts to be measured, the whole system is able to calculate both the spatial position of MetraScan-R and its distance from the targets. It can therefore determine the position of the different points to be measured. MetraScan-R can measure parts up to 10 meters long and made of any type of material, with an accuracy of 0.085 mm and for a volume of 7m3.

With the factory of tomorrow going digital and intelligent, the measurement process can now be automated within the production unit. Hexagon Metrolog’s WLS400A is a robot-mounted device that uses white light illumination. The device performs without operator supervision.

White light scanning is a contactless and laserless technology that uses the netting method. The scanner projects light patterns (lines, squares, circles) on the object. Three digital cameras situate the patterns which are deformed by curved surfaces and defects. The degree of deformation depends on the distance. Software determines the shape of the object and any defects.

This system is faster than laser technology because it does not need to scan several points. The white light scanner covers a large area (500×500 mm) in a single shot and scans the whole field of vue in just a few milliseconds. It also measures the entire surface, including the edges.