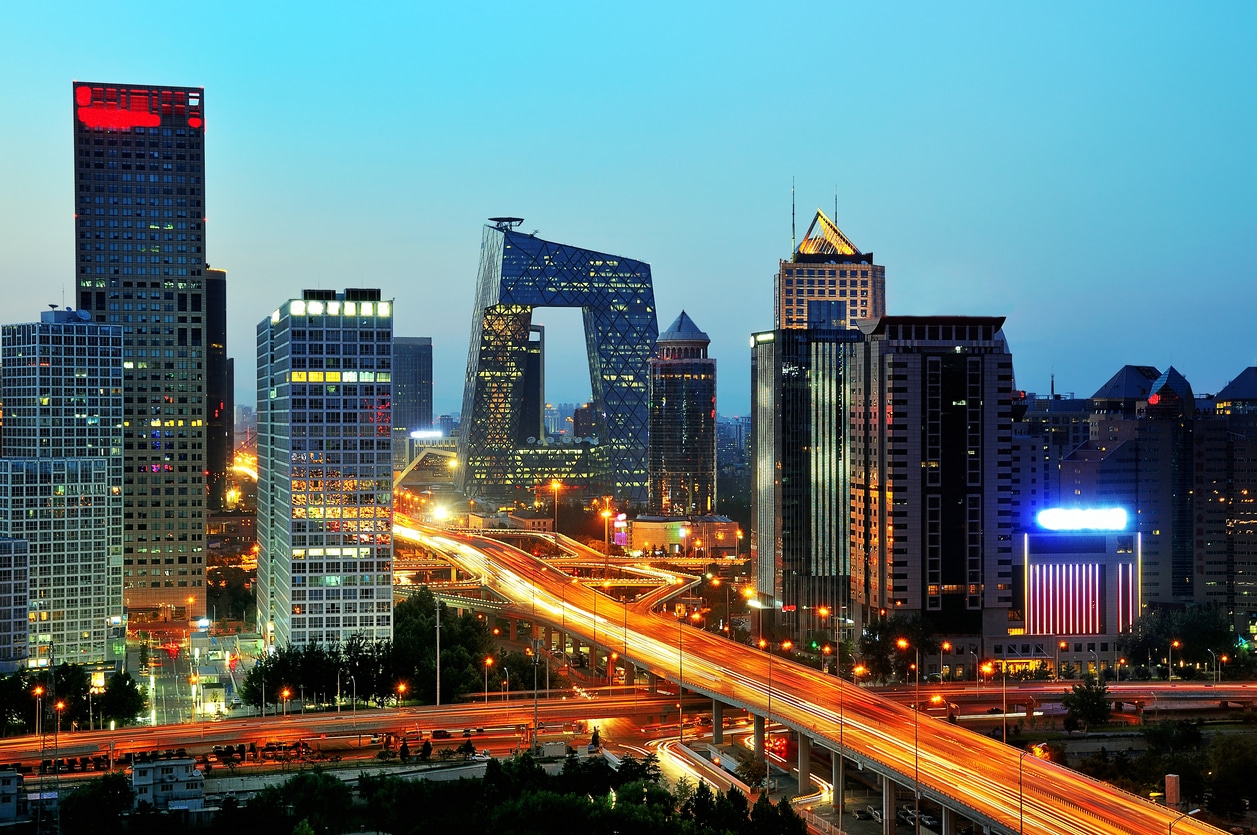 With its “Made in China 2025” plan, China is setting itself the goal of becoming the world’s leading economic power. But the fact remains that it has a vulnerable economy, especially in the semiconductor sector. Jean-François Dufour, China Expert at Montsalvy Consulting, gave us an overview of the strengths and weaknesses of Chinese industry.

DirectIndustry e-magazine: Some experts don’t think that China is the superpower it was expected to be. What do you think?

Jean-François Dufour: That’s true it’s not there yet, which is why the Made in China 2025 plan is so important. As China is the world’s leading industrial power, you might think that it’s already the case if you only consider the manufacturing output. But it’s not there yet because its production has too little added value. The plan’s whole strategy is to shift China’s position and to become the leader not in terms of volume but in terms of value.

J.-F. Dufour: Yes in that they both are part of a strategy to evolve towards the factory of the future. The Chinese authorities want to change China’s image from being considered the workshop of the world with low production costs, resources not always used rationally and excessive investment. The idea is to move towards another model, the one followed by old industrial powers, a much more advanced industrial model.

DI e-mag: Made in China or Made by China?

J.-F. Dufour: Made by China is clearly the authorities’ strategic goal. It’s the idea that we’re going from things that are designed abroad with foreign parts and assembled in China to a situation where the products and critical parts are designed in China and assembled in China. It’s the idea that China controls its own production and leaves behind its traditional role as a subcontractor. Quality is also one of the goals mentioned in the plan. It’s about going from Chinese speed to Chinese quality.

J.-F. Dufour: For the Chinese authorities, 2025 is a step. The goal clearly outlined in the plan is that China becomes the world’s leading economic power by 2049. 2049 is also symbolic because it will mark 100 years after the proclamation of the people’s republic.

DI e-mag: China has embraced the era of innovation and technological expertise: is it ready today?

J.-F. Dufour: We’re in a transition period right now. If we compare China today to China 10 years ago, they experienced an obvious technological boom with innovation in certain sectors that they no longer need to look abroad for. This is true for home electronics. Today Huawei is a serious competitor for major American and Korean players. This is also true for railway rolling stock as CRRC, the Chinese giant, offers products comparable to its competitors. That said, China is aware that it doesn’t yet have the technological expertise in other sectors such as aeronautics and the strategic sector of electronic components. And that’s one of the major directions the 2025 plan wants to take.

DI e-mag: You mentioned aeronautics. But isn’t China imposing its C919 plane as a serious competitor for Boeing and Airbus?

J.-F. Dufour: It’s a real movement that will bear fruit as there is a lot at stake on the market. China is set to become the leader in air travel by 2022. There is also a strong political will because it’s a program symbolic of China’s progress. The C919 made it’s first test flight in May 2017 but the Chinese authorities are aware that the marketing will take longer than planned. The C919 was announced as a real competitor of the Boeing 737 and A 320 and the new generations of 737 and 320 Neo. The problem is that when the C919 will be put in service in 2021 or 2022 , these two competitors will already have 5 years’ experience so the Chinese will start out with a significant disadvantage.

DI e-mag: How do you explain this delay?

J.-F. Dufour: It’s a question of technological expertise. I mentioned railways earlier. In the 2000s, China was able to pick up high speed technologies in a few years and succeeded in creating its own versions. And they thought they could do the same thing with aeronautics. But, aeronautics is a much more complicated sector and today China clearly doesn’t have the necessary technological expertise. But they’ll get there. Additionally, the C919 won’t be commercialized for another 4 or 5 years and about 700 orders have already been placed!

J.-F. Dufour: The declared ambition is that it will be in competition with Boeing and Airbus on the global market. But it’s obvious that this will only be possible if the plane first proves its worth on the domestic market. China’s great strength is that it has an enormous domestic market to play with, where it can start to amortize its costs and then expand abroad.

DI e-mag: One of China’s weak points however is semiconductors.

J.-F. Dufour: That’s one of the greatest weaknesses of the Chinese economy. China has been aware over the last 20 years of its great dependence on raw materials, especially oil (China imports 60% of the oil it uses). It was focused on this for years and today its supplies are secured. Now, it’s aware of another dependence, this time on technology, with semiconductors. The Chinese electronics sector (computers, cellphones, smartphones, televisions) represents more than 70% of the world’s production. But 80-90% of the electronic components used in these devices are imported or are made in China by foreign companies. And a spotlight was shone on this vulnerability with the ZTE affair a few months ago. ZTE, China’s second largest telecom equipment manufacturer and number 4 worldwide, was threatened in its survival by an American veto aimed at blocking the export of electronic components to China. This is why it is urgent for China to have a plan for the national development of semiconductors.

DI e-mag: Could this inward turn from China raise fears of a risk to innovation?

J.-F. Dufour:  I don’t think so. This turn towards the domestic market is also in response to the oppression of its external partners. I don’t think it will be a barrier to innovation because the approach remains global. What could be a barrier to innovation is if contact with foreign partners decreases. Today we’re not there yet but we’ll have to keep an eye on the evolution of Chinese-American relations.

J.-F. Dufour: Huawei is the leading telecom equipment manufacturer in the world if we’re talking about infrastructure and not smartphones. There’s also Haier who’s become well-known in the appliance sector. There are also leading companies like Comac who makes the C919 and CRRC for rail equipment. In the automotive industry state-owned Chinese companies haven’t been able to make their mark on the international market so for the moment they use private companies that follow their strategic goals. The best example of this is Geely who bought Volvo.

J.-F. Dufour: Robotics is a key goal in the Made in China 2025 plan. This is a strategic sector because it’s at the heart of the factory of the future approach. A Chinese company already acquired the German company KUKA in 2017.  For the last 4 or 5 years China has been at the top of the global market in industrial robotics. But for the moment there is a need for technological acquisition in this sector as well. China has a lot of robot manufacturers on paper but clearly today what’s happened is that they are mainly making parts, but not critical parts. There are still few Chinese companies able to make robots. China is at the beginning of its development and it is likely to become more significant in the coming years.

DI e-mag: It seems there is a trend towards generalized industrial activity throughout the country.

J.-F. Dufour: The goal of the authorities is to develop the whole country as the inequalities between the different regions are problematic. For example, Hin Hai Foxconn, Apple’s assembler in Taiwan who’s been operating in China for a long time used to be based in Guangdong in the south-east, China’s  leading economic province. Today most of their assembly business is carried out in the Jiangsu province, a much less well-known and completely isolated province but that is today a major center for electronic assembly. So there is a clear will to diffuse industry.  That said, there are still major poles, the first being the Yangtze River Delta with Shanghai. Then there’s Guangdong which was for a long time a province for light electronic assembly, and today has industries such as the automotive industry moving in. There’s the region of Hong Kong and then we can also add the south-west region, Sichuan with Chongquing which which is a new focal point for Chinese industrial development.

DI e-mag: In conclusion, is China a threat or an opportunity?

J.-F. Dufour: I would say there isn’t a clear answer, it has to be a case by case analysis.  The potential threat China poses is obvious, we’ve seen it in certain industries with a very clear steamroller effect. When we think of Huawei we can’t help but think of Alcatel. But then it is also obvious that the Chinese market is a huge opportunity for certain French companies with the technical know-how that the Chinese need. China can be an opportunity or a threat for a company, it all depends on the market it’s in and the way it formalizes the partnership.