Home » INTERVIEW. Autonomous AI: Does This Mean the End of Data Scientists?

INTERVIEW. Autonomous AI: Does This Mean the End of Data Scientists? 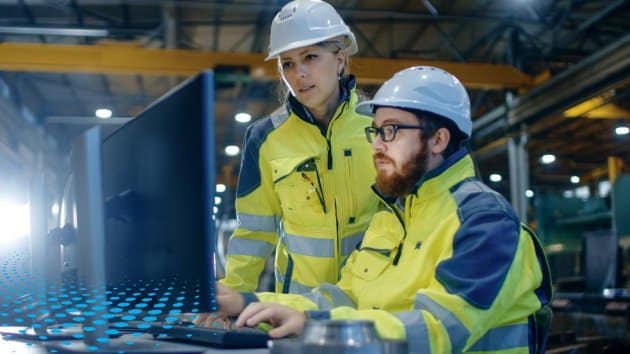 Autonomous AIs are becoming more and more common in industry.  Last June, Rockwell Automation released LogicsAI, an AI module capable of finding answers on its own without the intervention of a data scientist. We asked Sylvain TAVERNE, Solution Architect Team Leader at Rockwell Automation, 3 questions to find out more.

Sylvain Taverne: There are AI needs that can be met by data scientists and others that can be managed by autonomous AIs, i.e. AIs capable of finding answers alone. LogicsAI is in this category. This AI module is located directly in the PLC. We tell the AI which output automation variable, such as the current intensity of a motor, is to be monitored. We then tell it which data  influences this variable, for example the speed at which the motor runs. And LogicsAI will figure out on its own how the input data affects this output variable. It then creates a model and makes predictions that we will then use.

DirectIndustry e-magazine: What problems can the module predict and therefore solve?

Sylvain Taverne: These are issues on the machine level such as breakdowns and performance. The idea is that we may not be able to prevent a failure, but we can prepare for it. For example, decisions can be made before the failure occurs by lowering the engine speed to the end of the production cycle. And then we’ll replace the part. This makes it possible to optimize production.

DirectIndustry e-magazine: Rockwell has already released the FactoryTalk Analytics for Devices module. What are the differences between the two modules?

Sylvain Taverne: The two modules are linked but do not meet the same needs. FactoryTalk Analytics for Devices does AI at a lower level than LogixAI. It detects all the automation equipment present on the machine. Graphs can then be extracted. This is data already present in the intelligent module that is made available. We’re talking about a diagnostic AI, not prediction AI. LogixAI, on the other hand, makes predictions about the machine’s behavior.