Home » Eco-Friendly Flying Ferries: The Transportation of the Future?

Eco-Friendly Flying Ferries: The Transportation of the Future? 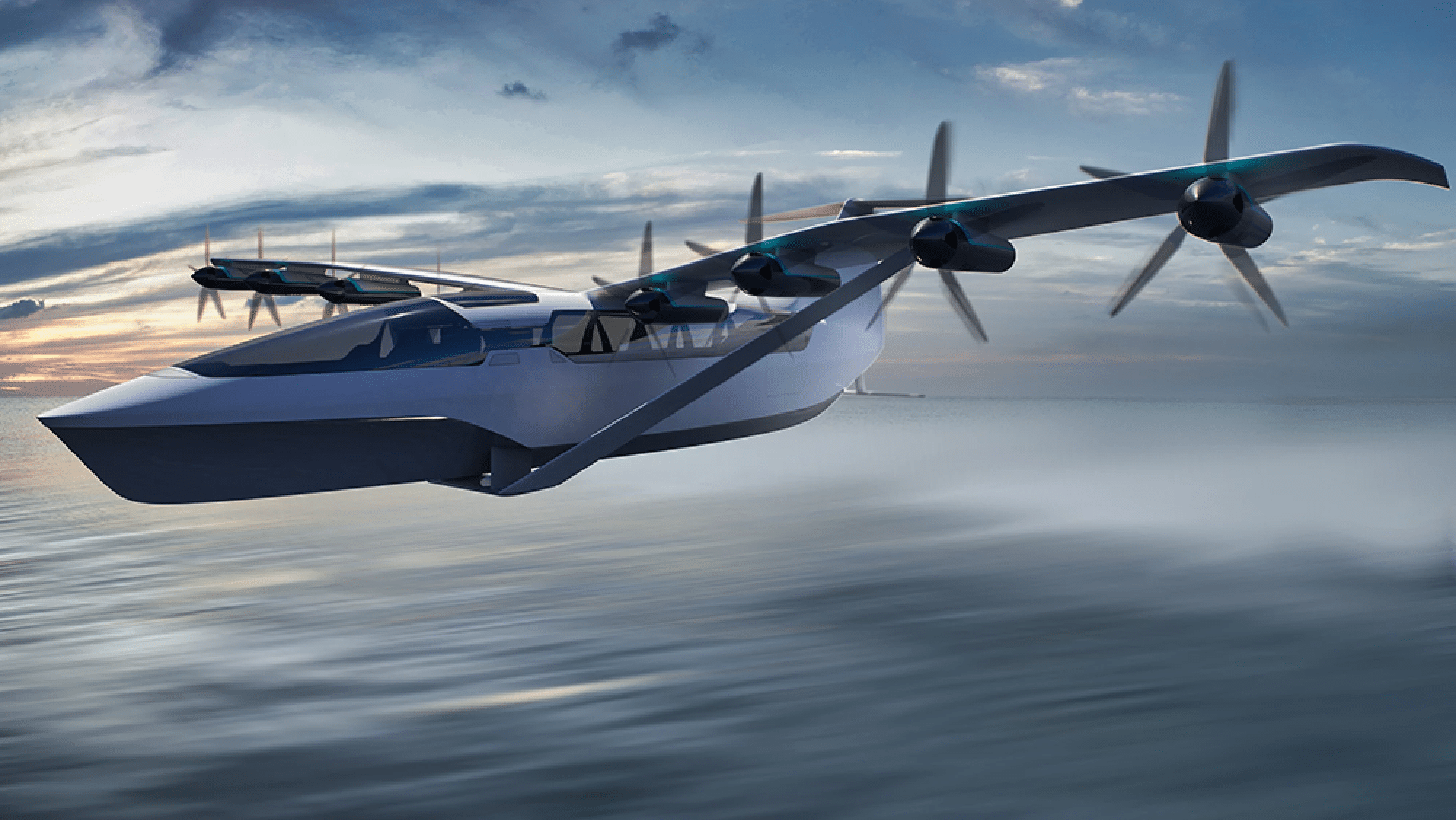 Hydrofoils, ground-effect ekranoplan flying boats, and hybrids of the two… it might sound all a little bit more James Bond than real-world travel. But with new startups looking at blending these technologies together — building on the tried-and-tested work of public transport providers in key niches worldwide — will a new generation of bullet-train-speed Caspian Sea Monsters arrive to replace ferries, aircraft and even planes?

Innovative sea transportation is back in a big way, whether that’s hydrofoils (essentially underwater wings on stilts that lift a boat out of the water, eliminating the drag of its hull), the “invisible hovercraft” of the ekranoplan, or combinations of both.

French Channel specialist Brittany Ferries has signed a letter of intent with Boston-based REGENT for combination hydrofoil-ekranoplans that would seat between 50–150 people and travel at TGV-style speeds of up to 300 km/h, crossing the Channel between Portsmouth and Cherbourg in just 40 minutes.

The battery-powered Seaglider hybrid raises out of the water on its hydrofoils as it accelerates away from the coast, then uses the ground effect for the cruise portion of its trip, explains Brittany Ferries.

“They work by harnessing a concept well-known to pilots – ground effect. This is the cushion created by high-pressure air trapped between wings and the ground or water while flying at a low altitude. Seagliders are therefore akin to a hovercraft with wings, rather than a skirt.”

The battery-powered vessels would be a substantial ecological improvement over the ferries that currently ply these routes, even with the liquid natural gas-powered ferries that Brittany Ferries has ordered, which will arrive into service in 2022 and 2023.

According to Frédéric Pouget, Brittany Ferries’ ports and operations director,

“Seaglider is an attractive and exciting concept and we look forward to working with REGENT in the months and years to come. We are particularly pleased to contribute now because it means we can bring real-world challenges and potential applications into the company’s thinking at an early stage… who knows; this could be the birth of ferries that fly across the Channel.”

For similar missions, Sea Wolf Express has for several years been planning smaller ekranoplan shuttles for the thirty-minute trip across the Baltic between Tallinn and Helsinki.

Franco-Monégasque startup Bubblefly, meanwhile, is moving towards an ‘Uber for private hydrofoil jets’ model, initially with smaller models called the Jet that will cruise at 40 kt (around 75 km/h) carrying 6-8 passengers, but later with the Liner models that will carry around 30 passengers at 25 kt (46 km/h). For Alain Thébault, the inventor of the hydrofoil and designer of “Bubblefly”, this flying boat is not intended to break records, but to be an ecological means of public transport for maritime tourism. It is planned for release in 2022.

However, fundamentally, one of the restrictions for both hydrofoils and ekranoplans is that they require a relatively calm sea, with a wave height of some four meters usually cited as a key limit. That translates to a Beaufort scale of 6-7, so not ideal for a gale in the English Channel, but very suitable for large lakes, rivers, or inland seas like the Baltic, Mediterranean or Pearl River Delta areas.

Boeing 929 hydrofoils produced by the same airplane manufacturer as the jumbo jet have for nearly fifty years been part of the fleet plying the waterways around Hong Kong, Macau, Shenzhen, and Zhuhai for TurboJET and its predecessors.

Elsewhere, fast Japanese shuttle services also use the Boeing 929, including offshore island services from Niigata, Fukuoka, Nagasaki, Kagoshima and even, in the open Pacific, from Tokyo.

And there is an extensive history dating back to the 1950s of Russian and Ukrainian hydrofoils, whether on the long rivers and large lakes of the former Soviet Union or even on the banks of the Thames in London.

In design terms, these older vessels have been eclipsed by the sleek aerodynamics that are a trademark of this new generation if of vessels, but that’s perhaps more critical for ekranoplans — which are closer to traditional aircraft — than hydrofoils, which usually more resemble boats from a functional perspective.

Fundamentally, if electrically powered vessels can divert travelers from air routes and fossil-fuelled ships, this is inherently a win for the environment — and if they’re traveling at the speed of high-speed rail, it’s a win for passengers as well.