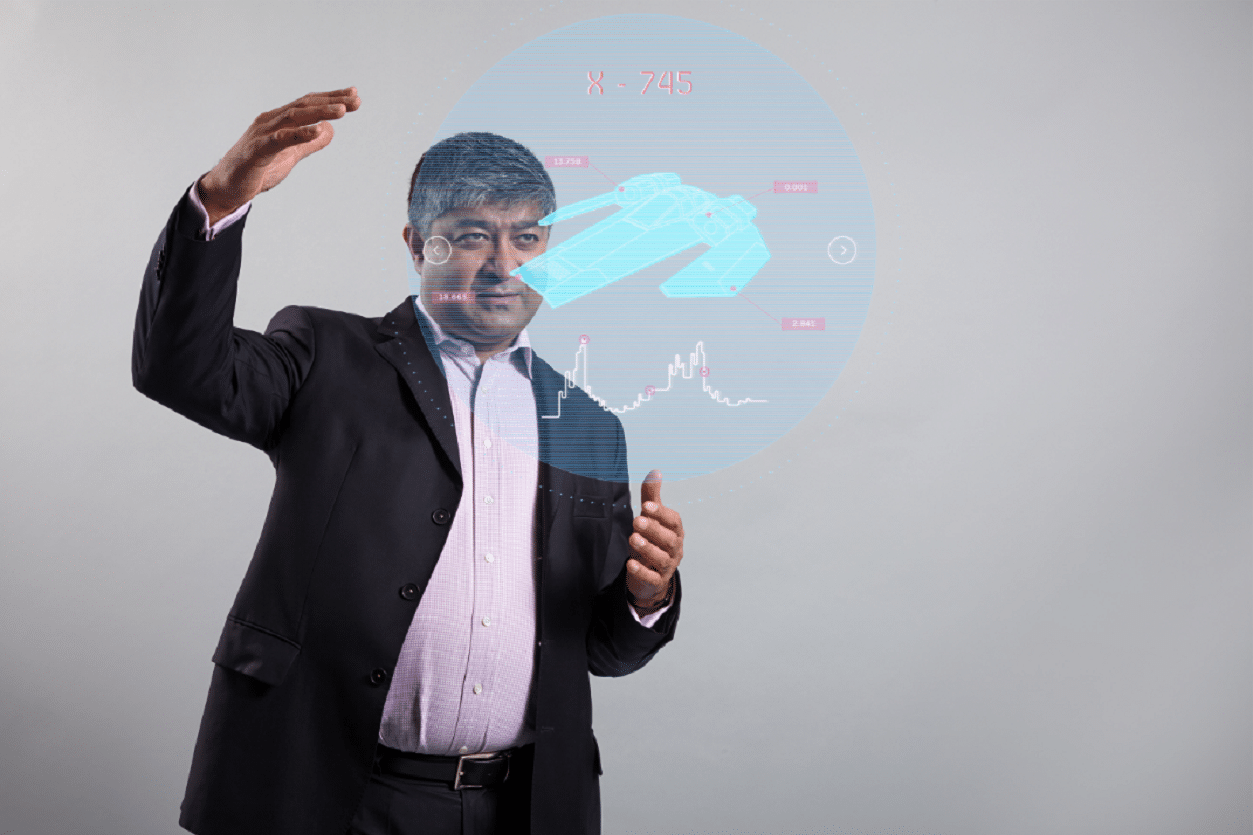 Scientific visualization, engineering design and medical imaging could soon benefit from 3D images that can be seen without headsets or special glasses.

There has been an explosion in the production of 3D data in recent years. Whether from product designs and layouts created using computer-aided design (CAD), simulations, depth scanners, geographical data or medical scans, generating 3D content has become commonplace. However, there’s a missing link when it comes to viewing 3D content. Although many movies are still filmed in 3D, they are viewed in conventional left/right stereo 3D, which is too rudimentary for scientists and engineers, who require a way to visualize complex information in detail. Cue holography.

Holography should not be confused with augmented reality, which is simply a data overlay. More a visualization and presentation medium, holographic images—which are visually indistinguishable from the real-world object—have the potential to become an incredibly powerful way of engaging with visual content in industry.

Holography is an illusion. Invented over 70 years ago and most commonly seen as small holograms used as security seals on products, for decades physicists and holography technicians have sought to create true 3D displays. To create a reflection hologram, a technician needs to stop a laser light beam, which means projecting it on to some kind of surface, such as a screen or glass; light cannot be stopped in midair. Light needs to bounce off something so the human eye can see color and brightness. Another necessity is a small yet powerful enough projector that will work in natural light.

Holographic is in the Air

A 360° technology that has been largely overlooked as a way to view 3D content, it will soon be possible to reconstruct any 3D data as a reasonably large-scale digital hologram that appears to float in midair, and so can be examined from every angle. For the purposes of scientific visualization and engineering design, the holographic displays now emerging could have applications in laboratories, automotive design and teaching.

Holographic imaging principles are well understood and have been for decades. The problem is that the technology has not been available to build the displays.

For now, such displays are at an advanced stage of research. Segmented holographic displays that can show clocks and virtual icons ‘floating’ already exist, as do second-generation interactive displays that use motion sensors to allow real-time changes in images.

Holoxica is now researching a patented holographic 3D video display for professional applications. This third-generation display—now being researched—will add a volumetric space created by a 3D grid. It will be aimed at medical and security scanners, but the fourth-generation will be created for computer monitors.

Holoxica has also pioneered a series of patented dynamically changeable holographic displays over the past few years. The displays have live 3D images floating in midair, allowing you to ‘touch’ icons in space, and to do things like draw in midair.

They use data from computer-aided design (CAD) software, so it’s possible to digitally annotate holographic representations of components, machinery and building designs.

There are processing power limitations when it comes to producing holograms in mobile devices. Dr. Jamieson Christmas is chief technology officer at California-based next-generation displays manufacturer Daqri Technologies, a researcher into dynamic holography.

To project a real-time and full-color hologram takes about 150,000 million computations per second.

That’s too much for mobile devices, but for fixed applications that kind of computing power is no problem. Dynamic holography—which concentrates on slowing light—is already being used in Jaguar Range Rover Evoque vehicles, where a laser holographic heads-up display containing real-time graphics on speed, navigation and gear position is projected on to the windscreen. Remarkably, dynamic holography does away with hardware almost completely.

It addresses the problem of how to construct a high-quality hologram purely by slowing light down as you pass it through a custom material.