Home » Has the Reign of Insect Robots Begun?

Has the Reign of Insect Robots Begun? 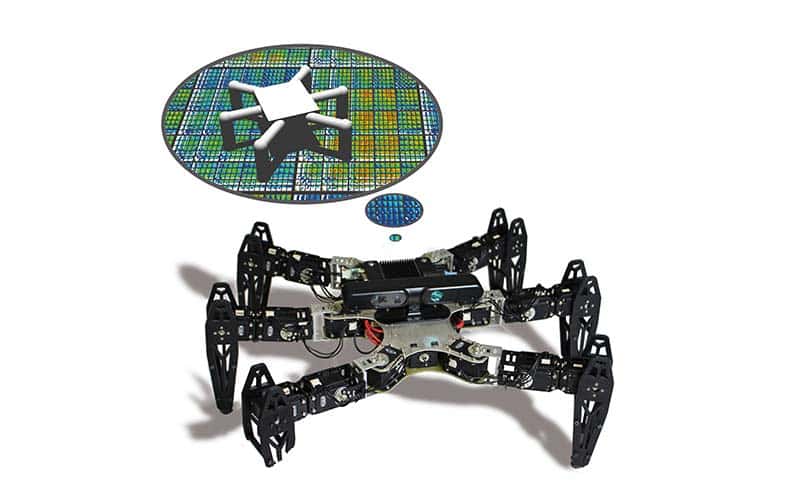 Researchers like to borrow ideas and concepts from biology. Inspired by nature, a team of mechanical engineers from the Stanford University Robotics Lab in California has built small, super-strong robots. Weighing between 20 milligrams and 12 grams, they can carry up to 2000 times their own weight.

The Stanford technology derives from the gecko’s anatomy. This tropical lizard is known for its exceptional climbing ability thanks to its adhesive feet. The Stanford engineers therefore equipped the bots’ paws with rubber crampons that grip the wall as they climb.

They also drew inspiration from the inchworm. Like their natural counterpart, the bots consist of several segments. Only one carries the load, while the others keep moving, dragging the body along.

These powerful “workers” could find their way into warehouses and onto construction sites. Stanford researchers are currently working on bigger bots with more hauling capacity.

The Dawn of Evolving Robots

The complexity of their intelligence enables animals to learn new survival strategies. Imagine if robots could adapt to difficulties and extreme conditions in a similar way. Inspired by biological evolution, researchers Antoine Cully and Jean-Baptiste Mouret from France’s Pierre and Marie Curie University have designed an evolving robot. With a trial-and-error algorithm that permits adaptation to unforeseen situations within 2 minutes, this robot is programmed with a memory map that takes prior events into account and responds intelligently.

Until now robots have been designed with probability plans that predict only certain types of failure. Unable to solve the problems, they were too fragile to be widely used in complex or harsh environments out of reach of humans. Now, in collaboration with the University of Wyoming, the French researchers are experimenting with a robot on legs that demonstrates “survival and assimilation behavior” even when damaged in various ways. For example, if one of its legs is broken, the robot will change its movements in order to complete its mission.

The animal-like resilience of these robots offers great possibilities, from scientific exploration in the ocean depths and outer space to disaster response and health care.