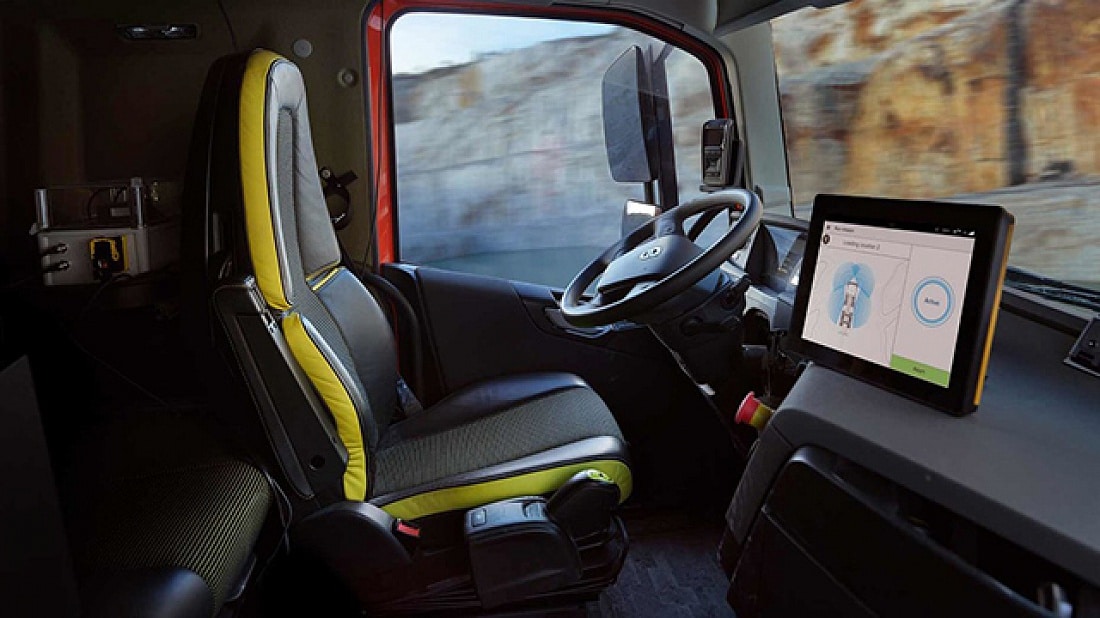 The world should see the first operational self-driving long-haul trucks next year, thanks to an agreement between the Swedish manufacturer Volvo Trucks and Norwegian company Bronnoy Kalk. The deployment of entirely autonomous trucks bringing limestone from Bronnoy Kalk quarries to the nearest port will be effective by the end of 2019.

Already in motion, the transport currently involves six autonomous trucks on five-kilometer route of roads and tunnels, according to the Swedish manufacturer. The trucks are still carrying an onboard driver to transition into becoming fully operational by the end of next year.

Pilot projects have occurred over the last few years, notably in a Swedish underground mine in order to test the safety of his concept in a risky environment. Although the agreement with Bronnoy Kalk represents the first time Volvo marketed its solution, the first time its autonomous trucks will perform real tasks under concrete contracts, it will still remain in test for some time.

Since Volvo does not yet propose its autonomous trucks for sale, but offers only a transport service, Bronnoy Kalk pays per ton of limestone conveyed. It is said to be a business model that requires companies to invest less and encourages them to take the plunge, according to the manufacturer.