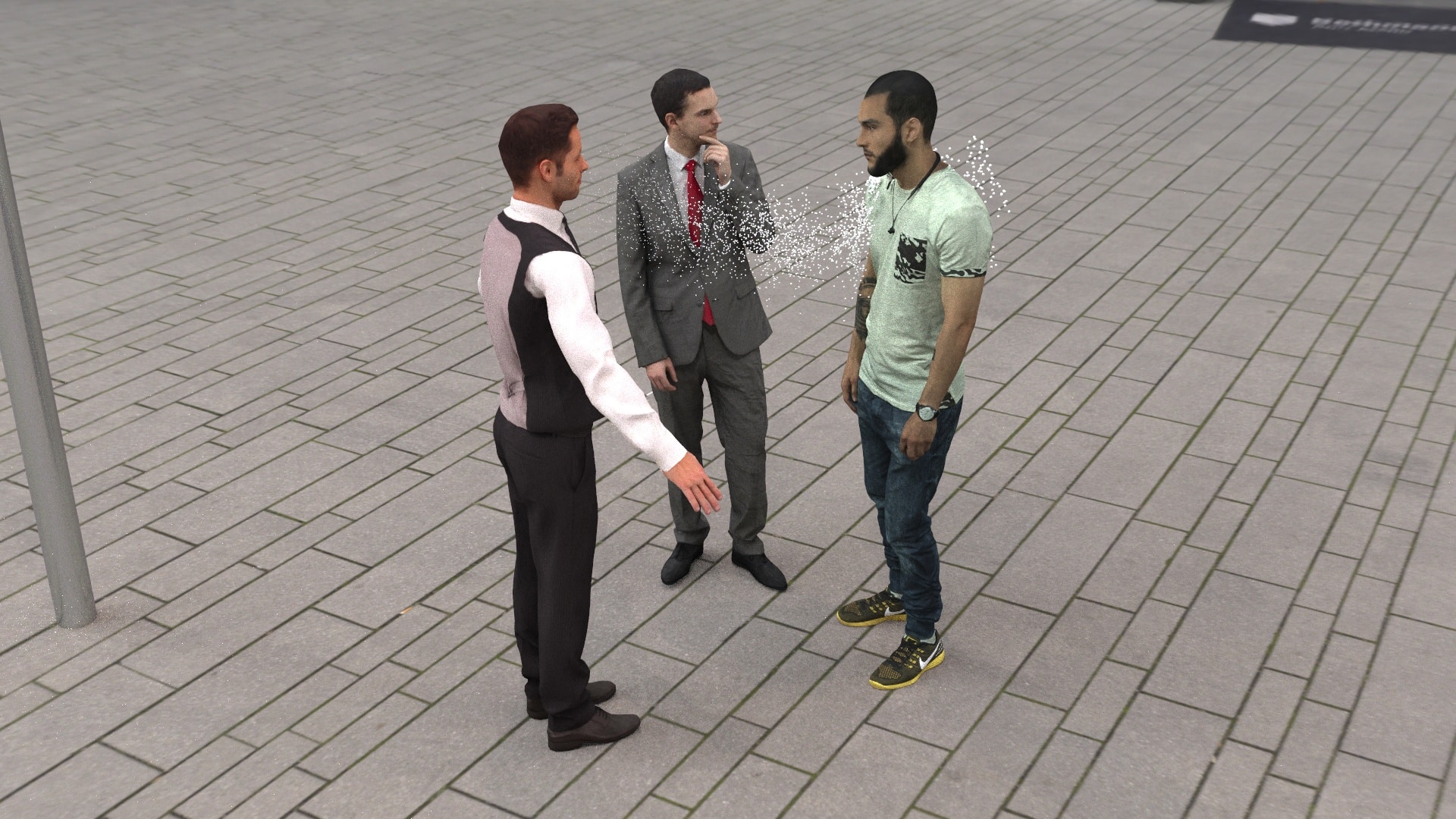 Digital simulation has become a normal process in the engineering world but it is still quite rare in the medical sector. The coronavirus outbreak, however, is proving the potential of digital modeling. Ansys, the world specialist in digital simulation has just released a series of studies including a simulation of the spread of droplets that can pass on the virus. Their digital models show that social distancing measures are insufficient in order to be truly effective. We spoke to Thierry Marchal, Global Industry and Healthcare Director at Ansys to find out.

Digital simulation is much more accepted in engineering than in the medical industry. Digital twins for engine conception and design have become common practice in the automotive and aerospace industries. But digital twinning is not yet widespread in the medical sector. The coronavirus is about to change that though, according to Thierry Marchal, Global Industry and Healthcare Director at Ansys.

As the epidemic was coming to Europe, he said, Ansys started working on a series of models mid-February, with partners from the academic world (Oklahoma State University, University of Eindhoven), industrial groups (pharmaceutical, medical, automotive, aeronautic) and regulators (the FDA in the US).

They decided to release their studies in March when they considered that their models were accurate enough to give recommendations on social distancing to authorities.

DirectIndustry magazine: In the fight against the spread of COVID-19, social distancing measures are important. But your digital models show that the distances recommended by the authorities are not significant enough to be really effective.

DirectIndustry magazine: Ansys is known for digital twinning for the automotive and aerospace industries. How did you manage to provide precise analysis for the medical sector?

Thierry Marchal: We used our existing software, Fluent, which is a fluid mechanics software that allows us to model all aspects of particle flow, turbulence, heat transfer and aerodynamics for industrial applications. We already use this software in the automotive sector. In a car engine, there are pistons, and small droplets for better combustion so we were used to simulating those droplets digitally. We partnered with universities and professionals from the medical sector to adapt the software and model particle flow when people are talking or running. We partnered with the University of Eindhoven to use one of the largest wind tunnels in Europe which allowed us to check the flow of droplet particles in the air and the behavior of droplets from one person to another.

DirectIndustry magazine: What challenges did you face adapting the software?

Thierry Marchal:  First, we carried out research studies to find out the speed profile of the air that comes out of the mouth when we breathe, sneeze and cough and how the droplets are dispersed. Then, we had to target the most important cases out of millions of possible experimental analyses. For the jogger, we imagined 3 cases: a) 2 people running side by side, b) 2 people running and passing each other and c) 2 people running one behind the other. We first thought that the most worrying case would be when the two people pass each other. But simulation shows that because of the speed of the jogger (~ 14 km/h), the potentially contaminated droplets from a breathing and/or coughing jogger will go behind him/her and easily reach the face and the clothes of the following jogger. We also incorporated in our models the effect of the wind when two people talk to each other. We have shown that a distance of 1.80m is good unless there is the wind behind it. Our studies show that in the case of a very light breeze, 1m/s (under 4km/h) a distance of 1.80m is no longer enough. When it is windy and you want to talk to someone, you have to check where the wind is coming from and stand perpendicular to the wind.

DirectIndustry magazine: So based on these results, you are now able to make recommendations.

Thierry Marchal: Digital simulation has the ability to model and report phenomena very quickly. We provide insights to authorities so that they can understand a situation immediately and take the right measures. The US authorities have shown interest in our droplet dispersion model for joggers, and they asked us to make simulations for when people walk, which is the most common case. So with our partner from the University of Eindhoven, we provided simulation of particle dispersion when people walk and we can see that it’s still dangerous. At 1m, you will be flooded with another person’s droplets. At 1,80m, the number of droplets decreases. If you are jogging, don’t be less than 5 m behind another jogger and if you need to overtake make a 2m side move. When jogging with a friend, always stay at the same level. But there is no such thing as zero risks. In China, they found coronavirus in the dust from a ventilation system. So more advanced models will be needed to know what happens to the droplets when they fall back. Do they become some kind of virus dust that moves? The COVID-19 crisis is a chance to show the usefulness of digital simulation. Just like the automotive and aeronautics industries use digital twins, the healthcare sector will need to use them more after the crisis is over.