[IMTS 2022] How Manufacturing Technology Is Being Used for Space Exploration 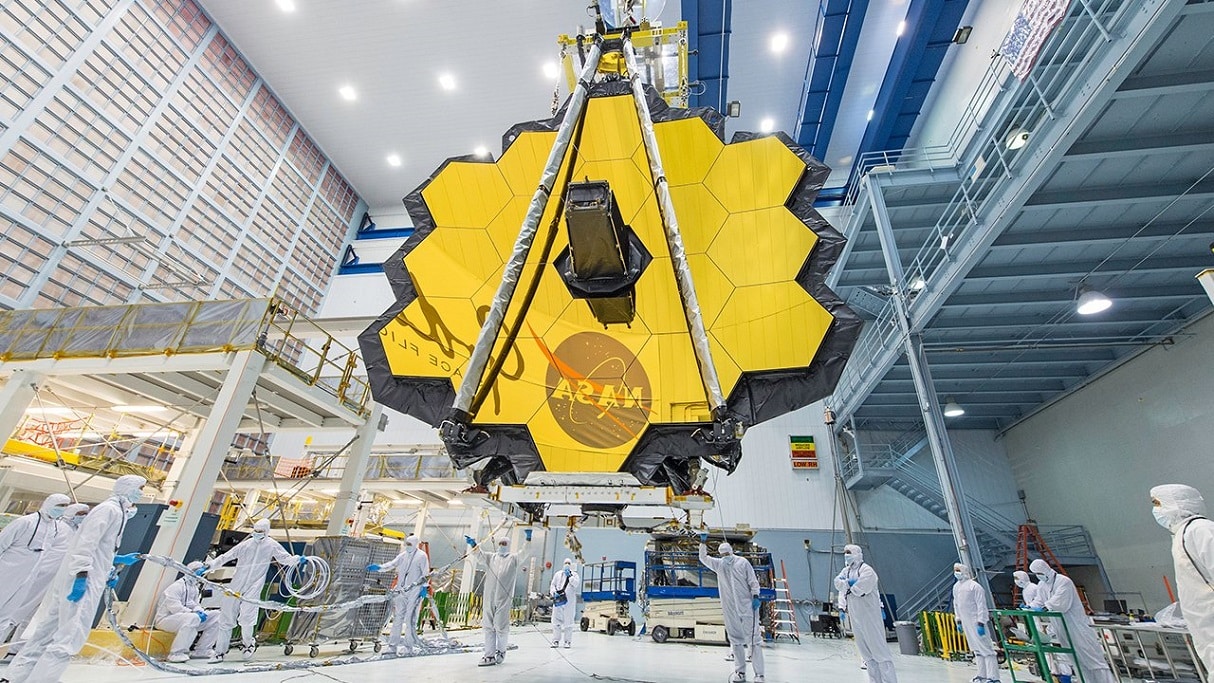 IMTS featured several companies that are using their technologies for space exploration. From 3D printing habitats for the Moon to manufacturing mirrors for the James Webb telescope, industrial innovation has found a new terrain of application in outer space.

Space exploration is back in the spotlight, especially with NASA’s upcoming launch of the Artemis 1 Space Launch System rocket to the Moon. And now, the objective is to colonize it and maybe Mars later on. But how will we build houses on the moon? 3D printing could make cost-effective lunar colonization a reality.

Watch our video report from IMTS

At IMTS, Ingersoll showcased their masterprint robotic system which is able to print a door mold in polymer for a space habitat.

The printer, which is the biggest in the world, can extrude printer filament at a rate of 226 kg per hour.

“We are printing a mold for the door for the habitat. It will weigh 145 pounds (65 kg) and take just 7 hours to print. With carbon fiber and glass fiber lay-up tools, the usual time to market is 3 to 4 months. However, with additive manufacturing, we can create an 8 to 10-meter-long mold in only 3 days. And once you’ve printed the mold it will only take 1 to 2 weeks to mill because we are printing near net shape. This means we print the entire part with around 5 mm of stack. And then the machining process is much quicker. So it gives you a much quicker time to market.”

“With regard to the moon exploration, the Rosie project, the space habitat we printed is installed at the Rosenberg Institute in Switzerland and they are doing testing and research on it to see what it would be like to live in if you were on the Moon. The current plan is to fit 6 printed modules inside of the rocket to be sent to the Moon. But it’s very costly to send all the structures to the Moon so the long term plans are to install a smaller Masterprint robotic system on the Moon to be able to print components that are needed.”

Machining the Mirrors of the James Webb Telescope

The James Webb telescope was launched in December 2021 with the mission of exploring the universe’s past. It is the world’s largest and most complex space science telescope ever built and contains a dozen or so unprecedented technologies.

One of them is the 6.5-meter pure beryllium mirror. Composed of 18 individual segments, the mirror captures the infrared light emitted by distant objects. It is made in beryllium because this material is lightweight and can withstand very cold temperatures.

Mitsui Seiki was contacted by NASA for the project. But making the18 components was a challenging mission because machining beryllium is complicated, explained Scott J. Walker, Charman of Mitsui Seiki:

“When you machine beryllium, and you remove about 20 to 40 microns of material, they have to be taken out of the machine, put in a titanium bag with nitrogen, put into a heat treat oven and put back in the machine. So in order to complete the job and meet the schedule, NASA needed 8 machines, each machine removing just a small amount of beryllium over and over again. So the machines had to be built with exactly the same geometry in this slice of space that the lens would sit in. This was extremely difficult to do!”

If the company was able to provide eight, custom-built horizontal 4-axis machining centers to machine beryllium billets for the mirror,  it is because it specializes in making core competency machine tool platforms.

“This machine series was built to do a specific job that can only be done by hand scraping and hand fitting machines. There are only two companies in the world that do this: ourselves and another Japanese company.”

Two years were needed to complete the job. The machines were only built for this specific mission but half of them are still being used to make gearboxes for aerospace.