Home » The Metaverse Opens the Door to Virtual Collaboration

The Metaverse Opens the Door to Virtual Collaboration 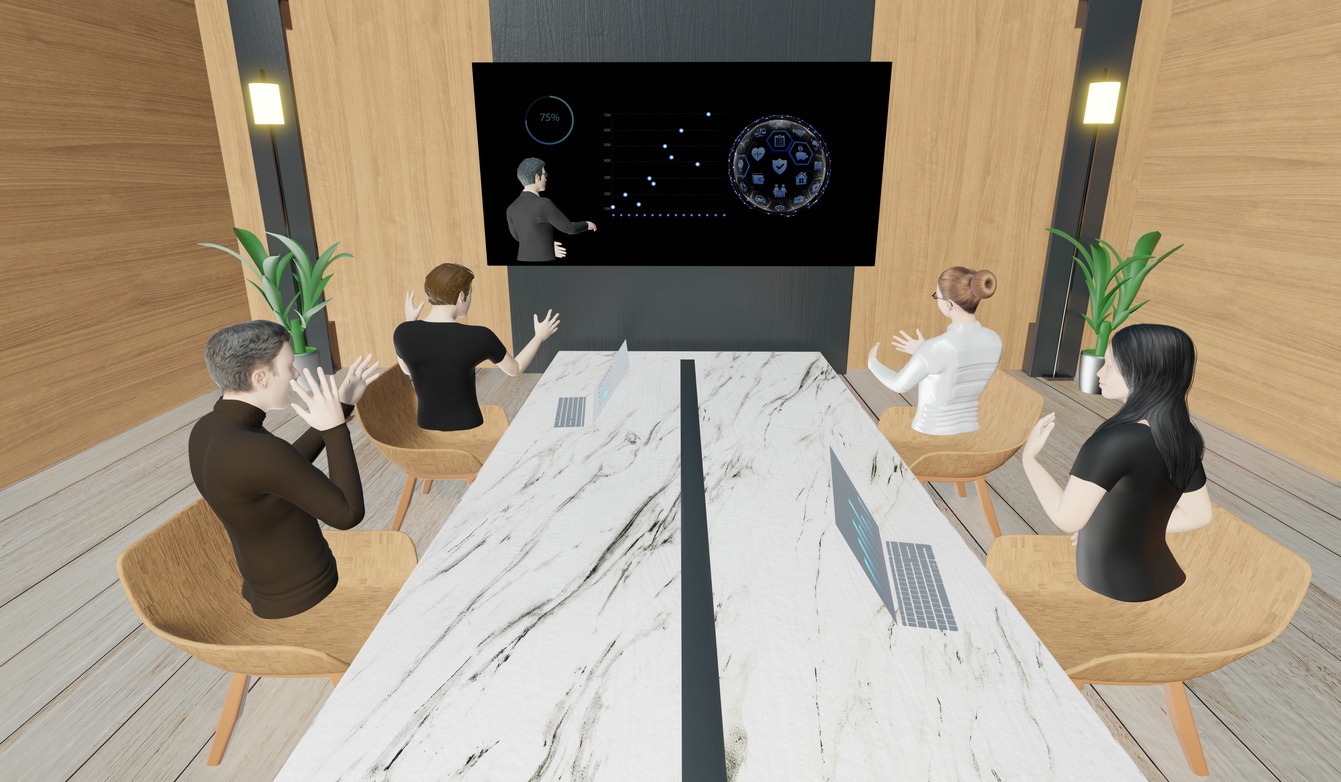 More than simply a virtual playground, the “metaverse” is set to bring colleagues together to tackle real-world challenges in the safety of private virtual environments.

Today, most of the headlines around the metaverse focus on consumer applications involving virtual reality headsets. Facebook’s move to name its parent company Meta and build its own metaverse, calling it “the Metaverse”, helps to confuse the issue. Facebook’s metaverse won’t be the only metaverse.

In the future, there won’t be just a single, public metaverse in which everyone interacts. Instead, there will be a multitude of metaverses – some open to the public, but most invitation-only private spaces where people can meet to collaborate.

One of the defining traits of the metaverse concept is the ability to interact with other people, objects, and systems, as opposed to traditional solo activities in virtual reality.

Rather than start from scratch, businesses can easily import their existing digital and 3D assets into the metaverse. Technologies such as cloud, blockchain, and Non-Fungible Tokens can underpin digital asset management, as well as track changes and interactions to provide version control.

While consumer VR experiences tend to be set in a world of make-believe, one of the key industrial applications of the metaverse is the ability to place people in life-like simulations of real-world environments, from manufacturing plants to oil rigs.

The metaverse can also be experienced in augmented reality, wearing an AR headset that superimposes graphics over the real world.

AR allows designers and engineers to see and interact with a 3D model of an object, such as an engine part. In a metaverse, people in other locations can also interact with the engine part, as well as the other participants, as if they were all in the same physical location.

Like VR and AR, the early use cases revolve around asset management and training, but the metaverse has the potential to offer value throughout the lifecycle of an asset – from strategy and conception to simulation and maintenance. The metaverse offers business leaders and other key decision makers the ability to visualize and engage with assets and environments, rather than simply looking at PowerPoint presentations in the boardroom.

This is where industrial technologies like IoT and digital twins can bridge the gap between the digital and physical worlds, says Marc Bringuier – AR and immersive technologies expert with digital technologies provider PTC.

“Working in the metaverse makes it easy for your experts, wherever they are in the world, to have a global view of operations and then focus on a specific plant, production line or individual machine. Tying together the physical and digital worlds means people can engage with that environment in real time, rather than simply working with static models. When it comes to training, the metaverse can build on your existing AR and VR training environments, letting you bring in your people from around the world for a shared interactive experience.”

Along with bringing people together, the metaverse can also transport them to places that are impossible to access, from managing the cooling pumps in a nuclear reactor to managing the James Webb Space Telescope in orbit.

Collaborating in the metaverse not only offers people the ability to easily move between locations, but also the ability to scale up and down, such as studying an electric car design and then zooming in to examine the performance of the battery system on an atomic scale, says Christophe Bianchi – EMEA High Tech & Semiconductor Director at engineering simulation software provider Ansys.

Rather than just providing a view of objects and models in isolation, the metaverse can also add context to show how they interact with their real-world environment.

For example, the metaverse can recreate how a network of satellites maintains communication between a fleet of vessels, scaling down to examine interference at the RF radio frequency level, Bianchi says.

“There are often a lot of interdependencies when it comes to the sub-component and component levels, as well as the system and system of systems levels, making it valuable to be able to scale from atomic level to mission level while allowing for real-world conditions.”

“One of the key strengths of the metaverse is that it can be tied to the real universe, remaining completely in sync with real life, to ensure people in the metaverse are working with facts rather than fiction.”