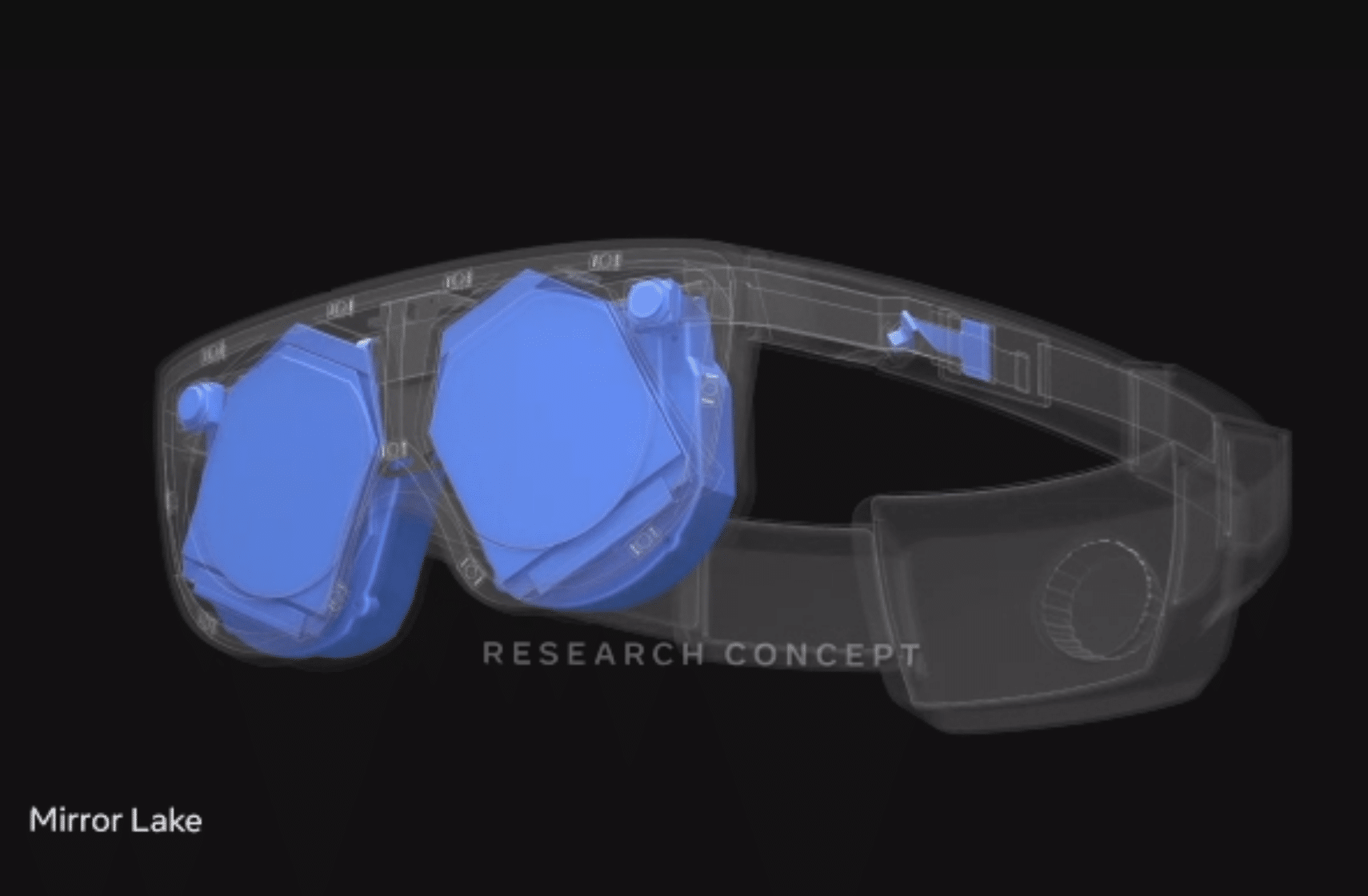 Facebook’s parent company Meta aspires to pass the Visual Turing Test. The idea is to make virtual reality “as vivid and realistic as the physical world“. Meta’s researchers lay the foundations of a shared 3D virtual realm designed for both work and play. We attended a roundtable with CEO Mark Zuckerberg in June to know more about the business applications of the technology.

Meta CEO Mark Zuckerberg unveiled a range of prototype VR headsets at Reality Labs’ recent ‘Inside the Lab’ roundtable last June. These prototypes are far from production models. But each of them is designed to tackle some of the challenges that must be overcome in order to offer immersive and life-like VR experiences. Zuckerberg said:

“It’s not going to be that long until we can create scenes in basically perfect fidelity. Displays that match the full capacity of human vision are going to unlock some really important things.The first is a realistic sense of presence, and that’s the feeling of being with someone or in some place as if you’re physically there. And given our focus on helping people connect, you can see why this is such a big deal.”

Four concepts must be mastered to build the perfect virtual reality headset according to Zuckerberg. These include high resolution, high dynamic range, variable focal depth and the ability to compensate for optical distortions.

VR Prototype Headsets On Their Way

During the roundtable, Zuckerberg revealed Meta’s “Butterscotch” VR headset prototype which can display near retinal resolution. The device is sharp enough to allow the wearer to read the bottom line of an eye test in virtual reality.

The “Starburst” High Dynamic Range VR headset produces up to 20,000 nits of brightness. This allows it to display far more detail in the brightest highlights and deepest shadows to create realistic images. The prototype is too bulky to wear, with cooling fans above each eyepiece, and must be held like binoculars.

Meta’s “Mirror Lake” headset is still at the concept stage but aims to offer eye tracking and mechanical varifocal lenses. Precise eye tracking will allow VR headsets to allocate resolution to where the wearing is looking while dedicating fewer resources to rendering images in their peripheral vision. Variable focal depth will allow wearers to easily shift focus between nearby and far away objects in the virtual world. It will also enable them to fix optical distortions inherent in current lenses.

While Meta’s Metaverse is not expected to go mainstream for another five to 10 years, it is far from a pipe dream. Zuckerberg already has 10,000 people working on the Metaverse and Meta will spend $US10 billion on the project this year alone.

The Business Applications of the Metaverse

Passing the Visual Turing Test would seem less important when looking to use VR and the Metaverse for business rather than entertainment and video games.

Efforts to offer a realistic VR experience for business applications is less about tricking the wearer into believing what they are seeing is real. It is more about helping them forget that it’s not real, so they can forget about the technology and focus on engaging with other people.

Virtual and augmented reality are already used for business applications, such as remote training and construction walk-throughs. With the Metaverse, things could go even further. The Metaverse is intended to be a multi-user experience that will take concepts like presence in virtual meetings to the next level.

According to Michael Abrash, Chief Scientist of Meta’s Reality Labs,

“The thing that I think will be most critical, personally, will be the ability to do collaborative work. I actually think it can get significantly better than working in person, to the point where when people are actually in the same place, we’ll still put on VR headsets to work together. The reason I say that is that the tools will be more powerful than anything that we have today.”

To highlight the potential improvements, Abrash uses the example of today’s virtual whiteboards in online meetings. They offer far more flexibility, productivity and collaboration benefits than using markers to write on a real whiteboard in a physical meeting room in the real world.

“We can genuinely have that sense of presence that Mark [Zuckerberg] talked about, especially presence with other people. That to me is the point at which I think VR will really reach that inflection point, because it will just become so obvious that it helps with productivity.”

Microsoft is already involved in implementing this type of technology for its employees. The company plans to include mixed reality features from its Mesh platform in its collaborative messaging system Teams later this year.

The pandemic and the fact that people had to work from home could, Microsoft believes, boost professional uses of its mixed reality headset using its cloud solutions. The devices could also be used for training and for maintenance purposes.