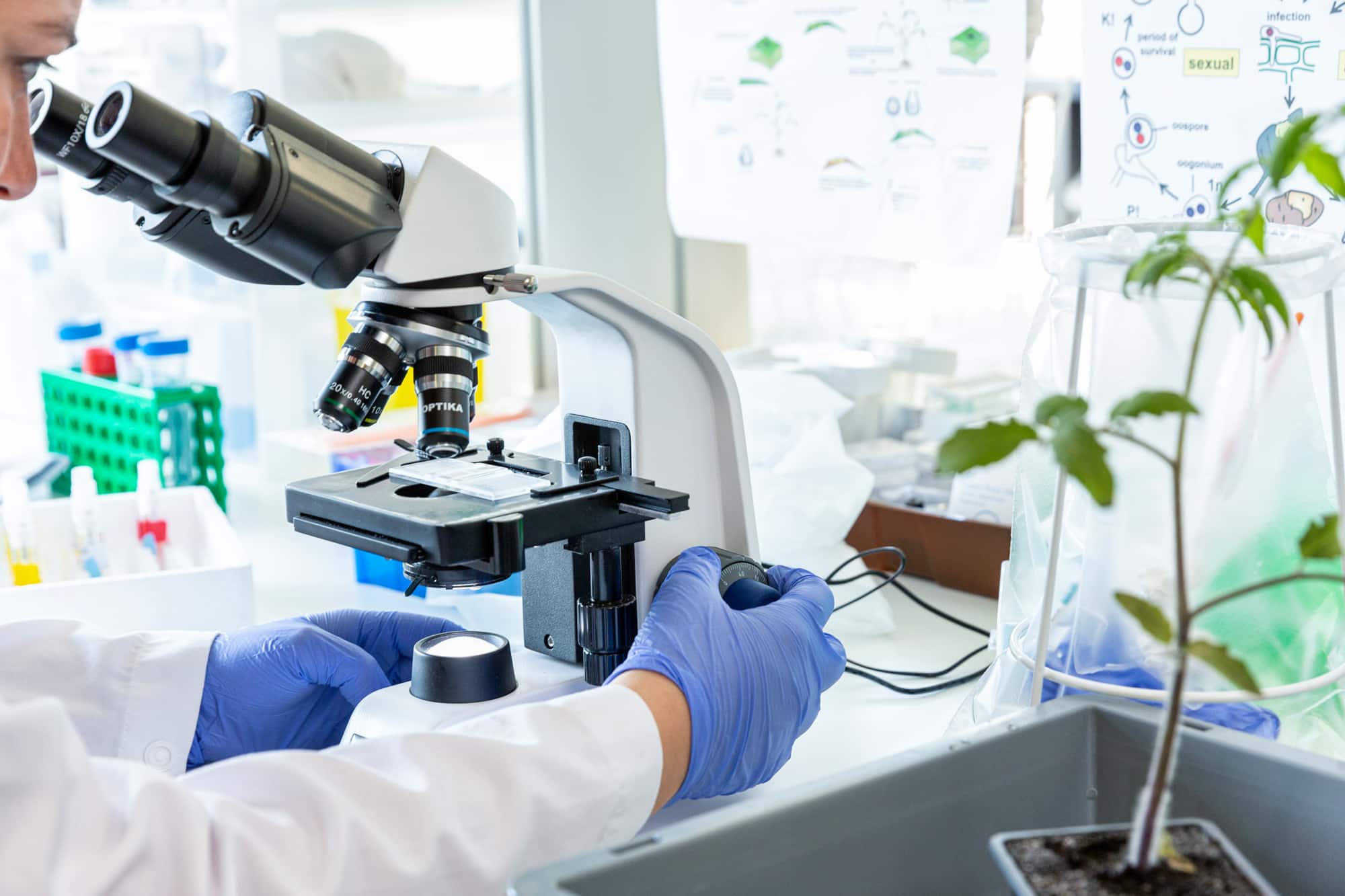 French company Micropep is on a mission to change the face of the agriculture biotech landscape offering innovative solutions for crop protection. The company has recently raised €8.75 million to develop a micropeptide-based biofungicide that could replace chemical pesticides.

Micropep was founded in 2016 as a spin-off of LRSV, the Plant Research Laboratory at the Centre National de la Recherche Scientifique (CNRS) and Toulouse University.

LRSV is a center of excellence in agritech. It has helped raise close to US$25m to date from prominent European and US investors to accomplish its mission.

Based in Toulouse (South of France), Micropep currently employs 30 people. After a round of financing of 8.5 million euros in 2021, the biotech company has recently announced the completion of fundraising of 8.75 million euros.

Micropeptides are short natural peptide molecules that target and regulate plant genes and proteins. They are generally made of 10 to 20 amino acids.

They only target the plant’s RNA and not their DNA so they do not genetically modify them. They also naturally and rapidly disintegrate into soils without causing any harm to the environment and to people.

Micropep’s solution involves the pulverization of micropeptides on the plants. This will improve the properties of the plants, without ever altering their DNA.

We spoke with Micropep’s CEO Thomas Laurent. He outlined the main production and aims of the company.

“Micropep is revolutionizing crop protection with its unique and proprietary micropeptide technology. The company’s first micropeptide-based products target major row crop and specialty crops markets for biofungicide and bioherbicides in both Europe and Americas.”

Finding peptides with activity on plant development is not something new. But so far none of them have been turned into efficient and affordable products, the CEO says:

“Micropep is the only company in the world that can rapidly identify and develop functional micropeptide products for agriculture.”

First, Micropep’s scientists use artificial intelligence to identify and prioritize potential RNA or protein targets. Then, they are able to select the best natural micropeptide sequences regulating these targets.

After that, micropeptides candidates are tested in screening pipelines. This will allow the scientists to pick the most efficient ones. The best leads stand out thanks to their specific characteristics such as their stability, penetrability and producibility properties. Once they have been selected in the lab, they must be validated on the field, in real conditions.

What are the Advantages of Micropeptides?

There are a number of advantages for using micropeptides over conventional pesticides explained Mr. Laurent:

“As of today, the crop protection market has been relying on mostly two main types of technologies: conventional pesticides (or agrochemicals) and microbe-based biologicals. Conventional pesticides usually have strong efficacy levels but are now facing resistance problems like antibiotics as well as growing environmental and toxicity concerns.

Mr. Laurent believes this is why farmers are more and more actively looking for alternatives.

“Biological products based on living microorganisms have been facing efficacy and cost challenges, mostly because of their living nature. This has partly hindered their adoption in mass by farmers.”

Micropep is now leading the way on the third category of products based on natural and biodegradable molecules such as peptides and proteins.

“Our micropeptides combine the efficacy potential of chemicals, the precision of genetics and the safety profile of biologicals. They could offer strong protection against resistant pathogens or weed species and at the same time help farmers reduce their environmental impact.”

The company’s first micropeptide candidates are now coming out of research to enter development and regulatory work, Mr. Laurent said:

“We are working on solutions that could be used by farmers across the globe. Our first products will be directed towards US, Latam and European farmers. They will focus on row crops such as soybean and cereals and specialty crops like potato or grapes.”

He added that the company is also building a network of leading international partners for micropeptide production, commercialization and trials.

Plant protection products, even the ones from biological nature such as micropeptides, need to be approved by the regulators before being commercialized.

Micropep is now starting the first phases of the regulatory process in both Europe and the United States. The company expects to launch its first product in 2025 in the US.