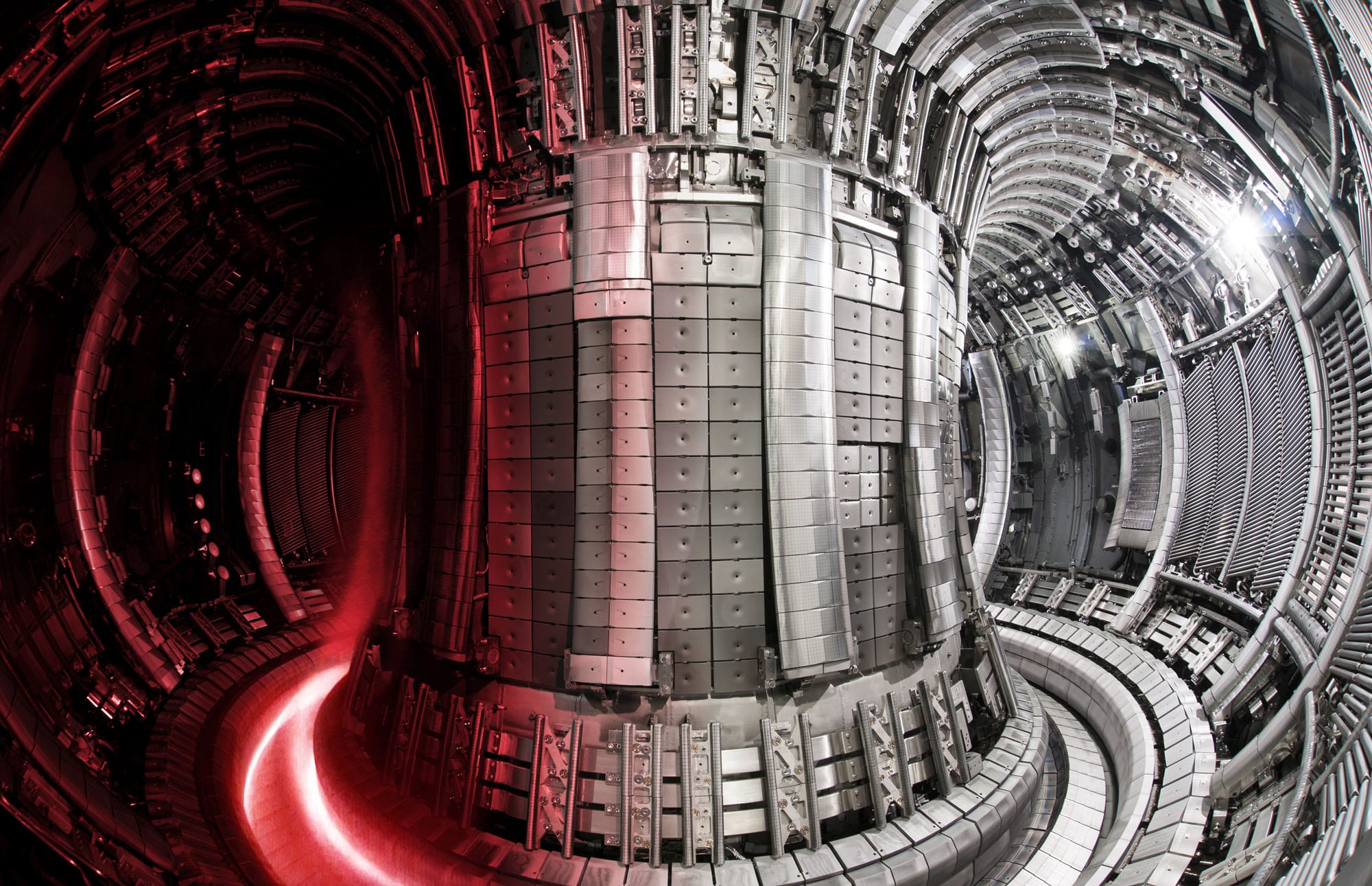 Tapping into the energy process which powers the Sun, nuclear fusion has the potential to unleash virtually unlimited supplies of clean energy to power the world.

Since the nuclear genie was released from its bottle in the 1940s, it has had the power to both create and destroy. Efforts to tame the atom have come at a high cost, from the destruction of Hiroshima and Nagasaki to the reactor meltdowns of Three Mile Island, Chernobyl and Fukushima.

Today’s nuclear weapons and power plants rely on the process of nuclear “fission”. They split heavy atoms like uranium and plutonium to release vast amounts of energy. Fission reactors produce long-lived radioactive waste which remains dangerous for thousands, or even millions of years and can be used to create nuclear weapons and hydrogen bombs.

The process of nuclear “fusion”, however, offers a safer alternative. Rather than splitting atoms, it fuses them together – the same reaction which occurs at the heart of stars. On Earth, fusion is achieved using hydrogen isotopes like deuterium and tritium.

While fusion also unleashes vast amounts of energy, the process is more stable than fission and produces much smaller amounts of short-lived radioactive waste. In theory, the heat produced by fusion reactions can be used to generate electricity, similar to today’s fission reactors. Unfortunately, mankind has found it is much harder to fuse atoms than to split them.

At the heart of the Sun, vast gravitational pressures allow fusion to occur at temperatures of 10 million Celsius. On Earth, fusion requires temperatures above 100 million Celsius. As no materials exist which can withstand direct contact with such heat, scientists must use other methods to contain super-heated plasma. Research also continues into the elusive dream of “cold” fusion.

The Biden White House has unveiled a vision for spurring nuclear fusion research. They are investing US$723 million in fusion energy sciences, noting that commercial fusion “has the potential to revolutionize the energy industry“.

The Joint European Torus (JET) experiment, at the UK Atomic Energy Authority’s facility in Oxford, recently broke its own world record for the amount of energy extracted from nuclear fusion. Its experiments produced 59 megajoules of energy over five seconds, the equivalent of 11 megawatts of power.

It did so by containing the super-heated plasma inside a “tokamak” – a device which uses a powerful magnetic field to confine plasma in the shape of a doughnut, or torus. Researchers from the EUROfusion consortium – 4,800 experts, students and staff from across Europe – saw JET more than double the previous energy output record, achieved back in 1997.

While JET only produced enough energy to boil around 60 kettles, it used the same fuel mixture expected to one day be used by commercial fusion energy power plants. The result validates the design choices for a much larger fusion reactor currently being constructed in Saint-Paul-lez-Durance, France, by the International Thermonuclear Experimental Reactor (ITER) project.

ITER is a fusion research mega-project supported by seven members including the European Union, India, Japan, South Korea, China, Russia and the USA. The goal is to demonstrate the scientific and technological feasibility of fusion energy. ITER broke ground in 2010, with the first experiments expected to begin in 2025.

The JET result confirms that researchers are on the right path to “a future world of fusion energy“, says EUROfusion Programme Manager, Tony Donné.

“If we can maintain fusion for five seconds, we can do it for five minutes and then five hours as we scale up our operations in future machines. Crucially, the operational experience we’ve gained under realistic conditions gives us great confidence for the next stage of experiments at ITER and Europe’s demonstration power plant EU DEMO, which is being designed to put electricity on the grid.”

While JET and ITER rely on tokamak’s magnetic confinement to contain superheated plasma, it is not the only option. Some rival fusion projects rely on inertial confinement, using lasers to squeeze and heat plasma.

The Commercialization of Fusion Tech Might Take A Decade Though

For now, magnetic confinement-based projects such as JET and ITER are much further advanced in the race to achieve commercial fusion. Yet despite JET’s encouraging results, there are still many challenges to be overcome before nuclear fusion provides a viable alternative to today’s major energy sources.

Commercialization of fusion technology is expected to take at least a decade, after which it will take time to scale up the technology. As a result, fusion is unlikely to be a major contributor toward the global goal of reaching net-zero carbon emissions by 2050. Instead, it will likely come to fruition in the second half of the century.

The JET experiment is unable to maintain fusion for more than several seconds because the copper electromagnets used to contain the superheated plasma overheat. ITER in France will address this challenge with the use of internally-cooled superconducting magnets.

The bigger challenge is that fusion reactions currently consume more energy than they create. Producing JET’s 11 megawatts of power output required the use of two 500-megawatt flywheels.

Once again, ITER is designed to overcome this, aspiring to become the first fusion device to produce positive net energy.

JET relies on an 80-cubic-meter tokamak to enclose the magnetic field holding the super-heated plasma. ITER’s tokamak will be ten times larger, in an effort to at least break even in terms of energy production.

“For the ITER Project, the JET results are a strong confidence builder that we are on the right track as we move forward toward demonstrating full fusion power. A sustained pulse of deuterium-tritium fusion at this power level – nearly industrial scale – delivers a resounding confirmation to all of those involved in the global fusion quest.”