Home » VIDEO | Inside the Lab: How Are Air Purifiers Tested?

VIDEO | Inside the Lab: How Are Air Purifiers Tested? 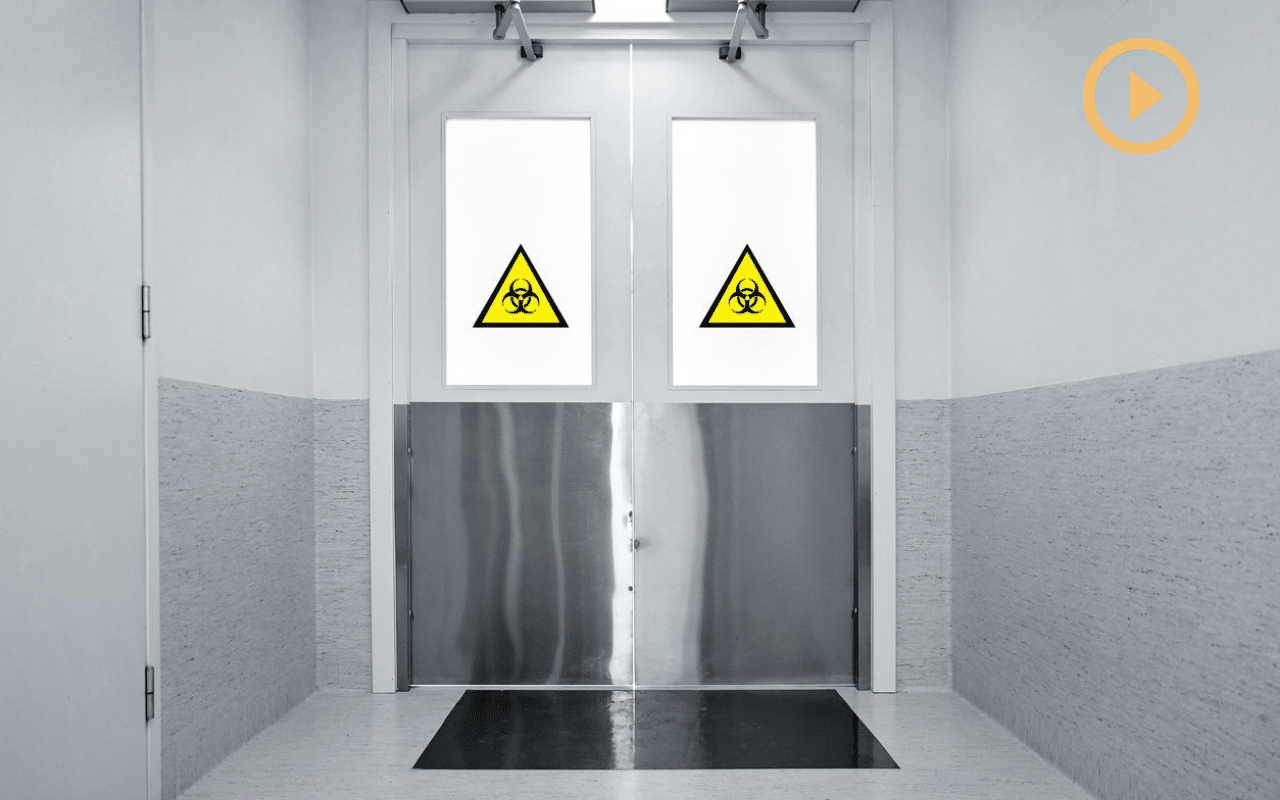 With the COVID-19 pandemic, new products have appeared in our daily lives including air purifiers. These devices are intended to decontaminate closed spaces and, according to their manufacturers, provide a filtration efficiency of over 99% against viruses including SARS-CoV-2. How is this level of efficiency determined? Who carries out the tests? Is there an international standard? To find out, we went to the French National Institute of Health and Medical Research (INSERM) in Saint-Etienne where a new prototype of air purifier is currently being tested.

Air purifiers are becoming increasingly common in public enclosed spaces such as schools, restaurants and hospitals. Their system is simple: they suck in the ambient air, filter it and release it back into the room after ridding it of suspended particles. Many countries such as France, Spain and Germany are relying on this technology to fight the coronavirus.

Many companies have entered this promising market with devices showing over 99% efficiency. The French company Gamma Pulse is one of them, but its KillVid prototype goes even further.

A Filtration Efficiency of 100% Against Viruses

According to the first tests carried out in this INSERM laboratory, the reactor core is able to eradicate 100% of viruses and bacteria thanks to a new technology: pulsed plasma.

Plasma is a mixture of ions and electrons. It is the fourth state of matter, along with solid, liquid and gas. Its unique properties make it an excellent disinfectant.

Carmen Dumitrescu, the founder of Gamma Pulse, is here today for the second phase of the test: the evaluation of the performance of the whole machine in real conditions, before it is commercialized. She explained how KillVid works:

“The air is absorbed by these small holes and passes through a first level electrostatic filtering where all the big impurities are removed. Then the air goes through the atmospheric plasma reactor system where it is treated. All viruses and nanoparticles are removed.

The prototype you see here can treat 360m³ of air/hour. The second prototype that we are developing will have a capacity of 1,000m³. So our system can treat the air in large spaces.

Our first measurements have shown that a single pass through the system in real time can eradicate 100% of viruses and bacteria.

Now it is important for us to test the machine in real conditions to demonstrate that our system is well designed and can treat all the air in a room.“

Most air purifiers use filters or UV light. KillVid eliminates viruses thanks to its micro reactor units. These tiny reactors produce intense pulses of electrical current, 1,000 times per second, which create a hot, dense plasma that destroys airborne particles. Any microorganism in the air inevitably comes into contact with the plasma and has zero chance of escaping.

The other advantage of this system is that the plasma cells are self-cleaning. Unlike other purifiers, there are no filters to change.

This new technology was patented in 2020 and is specifically designed to fight nanoparticles, in the nanometer range, while other air cleaners mainly focus on the micrometer range.

“On this little card, you have 215 micro plasma reactors through which the air passes, to be treated and decontaminated. There are 6 units like this in the system to make sure that we really kill any viruses. Because if not, you get 99.999% or 99.995% efficiency. Now we know the quantity of viruses expelled by a sick person: millions of viruses are expelled with every breath. So 0.0001% accumulates very quickly. In one minute, with an average of 18 breaths per minute, it adds up fast.  So you have to make sure that nothing comes out.

We at Gamma Pulse take this very seriously. We can say that if you put this machine in a room, you’re safe. And to make sure that we can give this guarantee, we have to be sure that no viruses are released into the room, that the air is 100% decontaminated.

How Are the Tests Conducted?

Jérémie Pourchez is the research director at INSERM in Saint-Etienne. His team tested the potential of the KillVid reactor core a year ago and concluded that it was 100% effective against viruses. They are now setting up the second round of tests for the whole prototype.

He explained how the first test was conducted:

“These different stacks, this is what allowed us to measure the intrinsic performance of this technology. The principle is quite simple. We were able to aerosolize a large number of viruses, 106 to 107 viruses in suspension in the air. We made the aerosol enter here through the inlet, we collected the aerosol here at the outlet using a coriolis biocollector, and then we quantified the number of viruses that were alive at the outlet of the reactor compared to the number of viruses that we had initially injected. There were 1 million viruses at the entrance, and they were all dead at the exit.

I would say that this is a necessary but not sufficient condition. This is  very efficient technology. But imagine that you use a device that’s undersized for your space. Here we are in a 60m² room, with 150m³ of air. It is important to know if the machine is able to treat this volume of air in 5 minutes, in 1 hour, in 24 hours, etc. So I would say that we have evaluated the intrinsic performance of the device and now we are working on the user guide. The idea is to determine how to use this technology in the best way to improve the microbiological quality of the air and decrease the quantity of viruses and bacteria in the air. This means establishing how many devices per unit of volume and according to the number of people present are needed to decontaminate the air.“

Testing the complete equipment in real life will allow for the creation of a comprehensive user guide. For Carmen, KillVid has the potential to interest hospitals, hotels and restaurants.

To better understand how the tests are carried out, Jérémie takes us into this tent. This is where the researchers test air purifiers and other protective equipment such as surgical and FFP2 masks. This is also where the KillVid reactor core was first tested and where the whole prototype will soon be.

In this 12m3 space, researchers reproduce the conditions of aerosol contamination of covid-19 using a bacteriophage model virus, Phi 11. They do not use the SARS-CoV-2 because it cannot be aerosolized in large quantities.

“The objective is to install four nebulizers which will generate an aerosol. This aerosol will evaporate thanks to the fan that you see on the ground to create an atmosphere of viruses, 104 to 105 viruses per m3 of air.

The idea is to reproduce what we know about contamination in the context of COVID-19, which is contamination by aerosols, so by droplets that are smaller than one micron, which contain viruses and remain suspended in the air for a very long time.

So this part of the experiment is dedicated to the generation of a virus aerosol to determine how long it takes the Gamma Pulse device to destroy a virus environment to approximately 104 to 105 under real conditions.“

The difficulty of the tests is to generate large and reproducible quantities of viruses. It takes Jeremie’s team two to three months to create the conditions for the concentration of a model virus in a chamber like this one. And at least as long in a 60 m² space like this one in which KillVid will also be tested.

Is There a Universal Standard for Air Purifiers?

The Saint-Etienne laboratory is one of the few in France that can aerosolize large concentrations of viruses and evaluate the performance of air purifiers under real conditions in large spaces such as this one.

However, laboratory tests are hampered by the lack of a universal protocol. Air purifiers are not for the moment held up to any French or international standards, told Jérémy:

“Today, there are no standards for bioaerosols, whether they are bacterial or viral. The figures that we announce, our 100%, are a comparison with the protocols of other laboratories elsewhere in France, in Lyon, or in Lille. We are only a few laboratories doing this and we all develop our own protocols with our own expertise, our own strains of viruses and bacteria, and our own capacities to generate aerosols. So the figures of 100% or 99.99% are also dependent on the laboratory. This means that the top priority, even before standards, will be to carry out interlaboratory tests to compare our protocols to see if my 100% corresponds to the 100% of another laboratory or to 99.999% instead.“

The results will be known in two months, after which Gamma Pulse hopes to begin licensing the technology to manufacturers. The first units are expected to be commercially available in the first half of 2022.