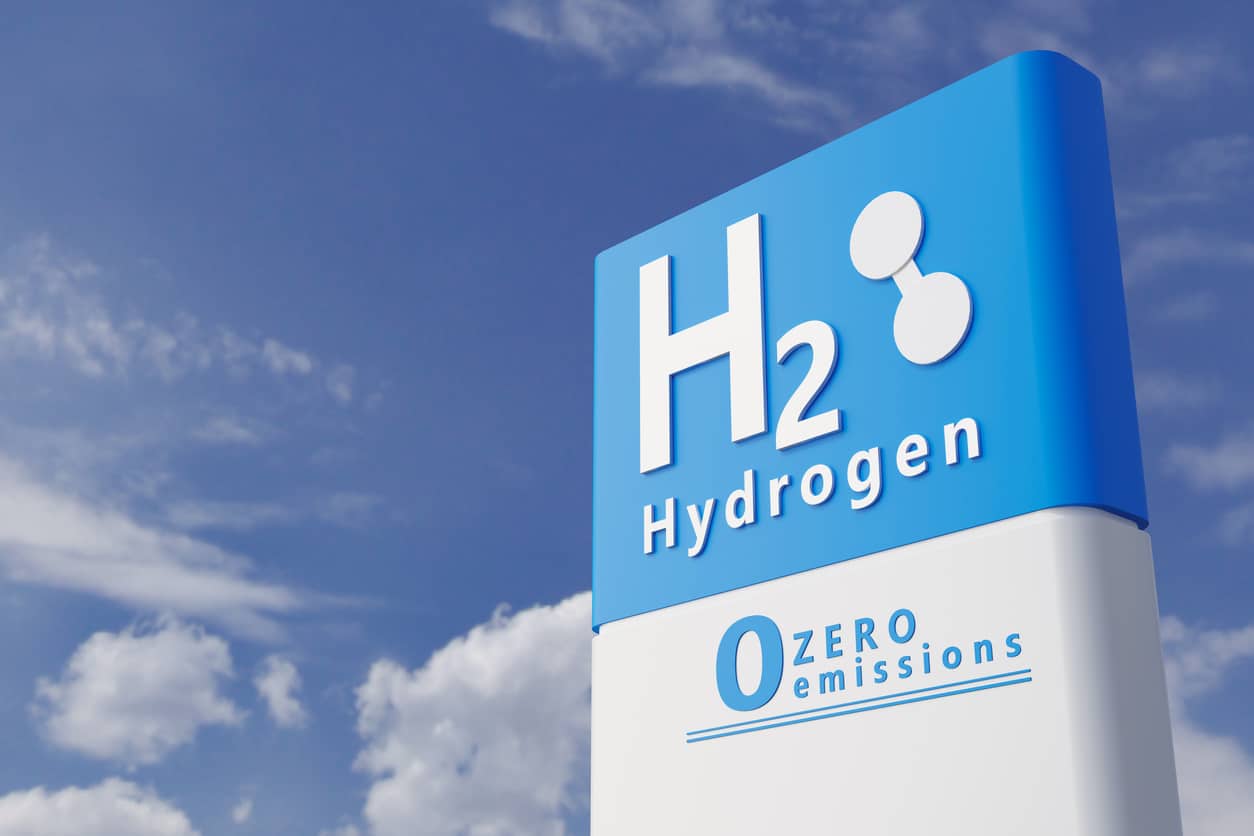 Hydrogen is said to be the energy of the future, the one that will help our society transition to a carbon-neutral world. Here is a recap of what you need to know about hydrogen.

There has undoubtedly been an acceleration in favor of hydrogen in recent weeks. In the wake of COP26, more and more countries are announcing or reaffirming that they will invest in this clean energy to strengthen their ecological transition. The EU has the objective of reducing its C02 emissions by 55% by 2030 and hydrogen could help achieve this goal.

French President Emmanuel Macron has pledged €1.9 billion to develop the hydrogen industry in France as part of the France 2030 investment plan. Germany aims to become the world leader in hydrogen. The United Kingdom is also betting on hydrogen, hoping to reach 5 gigawatts of hydrogen production by 2030.

But what kind of hydrogen are we talking about? What hydrogen is used in industry? And what is the price of production? Let’s take a look:

01. Blue, Green, Yellow, Gray: What Do the Colors of Hydrogen Mean?

The color attributed to hydrogen is related to the way it is produced.

Also called low carbon hydrogen, is produced by thermochemical processes using fossil energy sources (coal or natural gas) as raw material. The CO2 emitted during the production of hydrogen is captured for reuse or storage using carbon capture, sequestration or utilization processes, thus reducing CO2 emissions at the end of the plant. It is therefore called low carbon hydrogen.

Low-carbon hydrogen can also be produced by the electrolysis of water using electricity from nuclear energy. In this case it is called yellow hydrogen. The production process of low carbon hydrogen must respect the same threshold as the one for renewable hydrogen.

Gray hydrogen refers to hydrogen that is neither renewable nor low-carbon. It is manufactured by thermochemical processes from fossil energy sources only, such as natural gas steam reforming, coal gasification or electrolysis powered by a carbonaceous electricity mix. It can also be produced by renewable energy, biomass or biogas production processes but this does not qualify it for the KgCO2eq/KgH2 threshold required for renewable and low-carbon hydrogen production.

02. What Kind of Hydrogen Is Used in Industry Today and How Could it Be Used Tomorrow?

Hydrogen is currently mainly used in the chemical industry to produce ammonia and fertilizers and in refining, industries to reduce the sulfur content of fuels.

95% of this hydrogen is derived from the transformation of fossil fuels, however, with almost half coming from natural gas. The crucial issue for the ecological transition is to produce green hydrogen from wind or solar electricity instead of from fossil fuels and gas.

The objective is to use hydrogen to supply decarbonized energy to industrial units, power the transportation sector and ensure electricity storage.

Hydrogen could contribute to the decarbonization of industrial processes by replacing the fossil fuels currently used. Take for example the manufacture of steel, which results from the reduction of iron ore. This reduction, which is carried out today using coal, could be carried out tomorrow using decarbonized hydrogen.

Hydrogen could also enable energy storage. Unlike electricity, hydrogen can be stored in large quantities. The idea is that green hydrogen surplus could be stored and then converted back into electricity, thus creating a sustainable renewable energy sector.

03. What Is the Cost of Producing Hydrogen?

While up until recently low-carbon hydrogen was the most economically advantageous, the current global rise in gas prices is proving green hydrogen to be more competitive than blue and gray hydrogen.

But things are about to change. According to different studies from London-based consulting firm ICIS and the Australian National University, the current price of natural gas is so high in Europe that it would be cheaper to produce green hydrogen via renewable energy than gray or blue hydrogen via methane.

Carbon per ton of CO2 has reached a record price in Europe (currently 65 euros) making the production of gray hydrogen more expensive than that of blue orgreen hydrogen.

According to calculations made by Keynumbers and Energy Flux, the cost of green hydrogen is currently €4.18/kg against €6.21/kg for blue hydrogen and €6.55/kg for gray hydrogen.