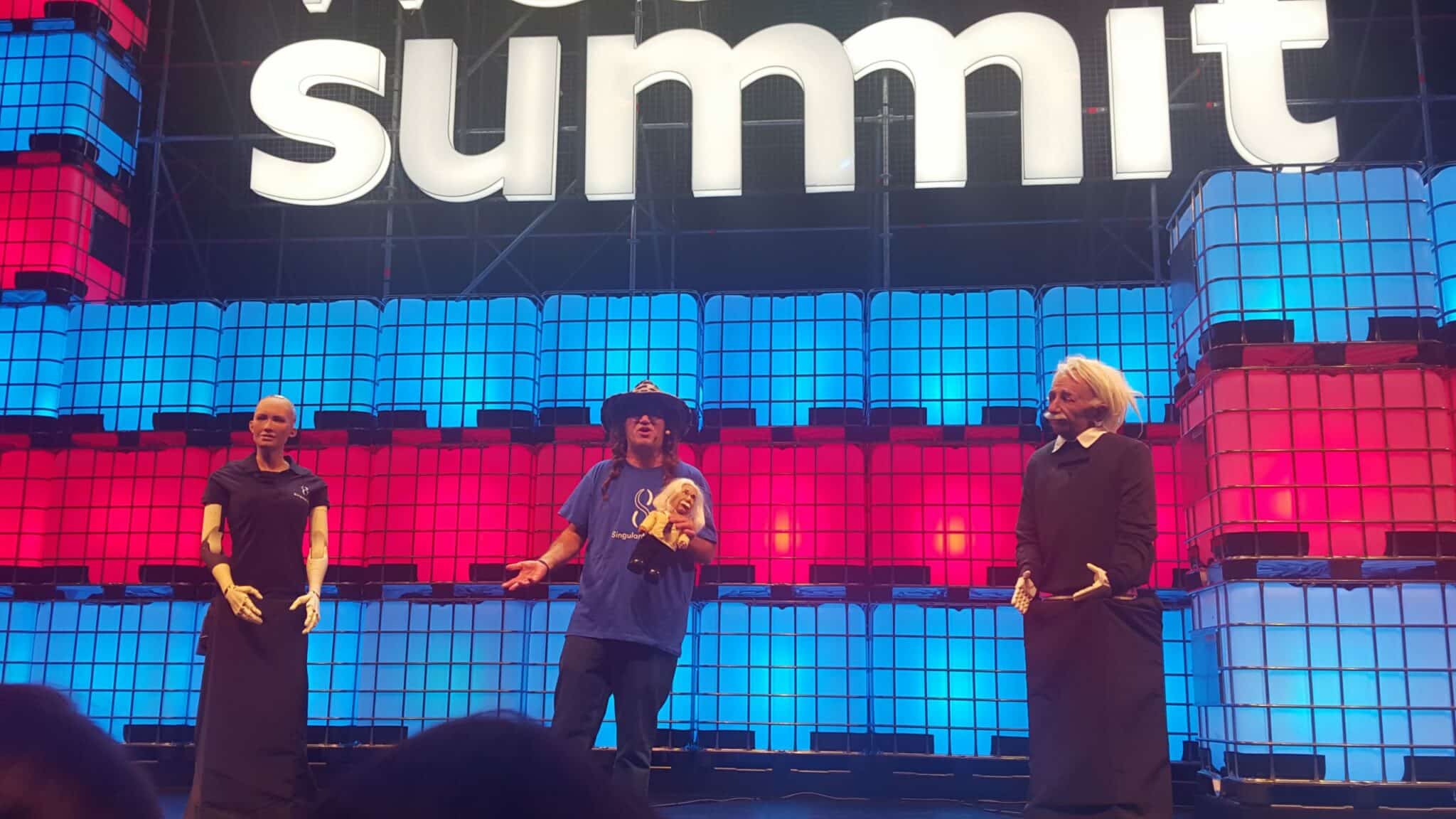 We attended Web Summit this week and were able to meet Sophia, the first robot to be granted citizenship by Saudi Arabia. Created by Hong Kong’s Hanson Robotics, the humanoid robot animated by artificial intelligence is one of the company’s so-called Genius Machines.

On stage at the summit, Sophia discussed with Albert the Robot and Ben Goertzel from Hanson Robotics. To the public she said:

We robots have no desire to destroy things but we will take away your jobs!

Watch the video we tweeted during the talk.