Home » Q&A. The Internet of Things in a Box

Q&A. The Internet of Things in a Box 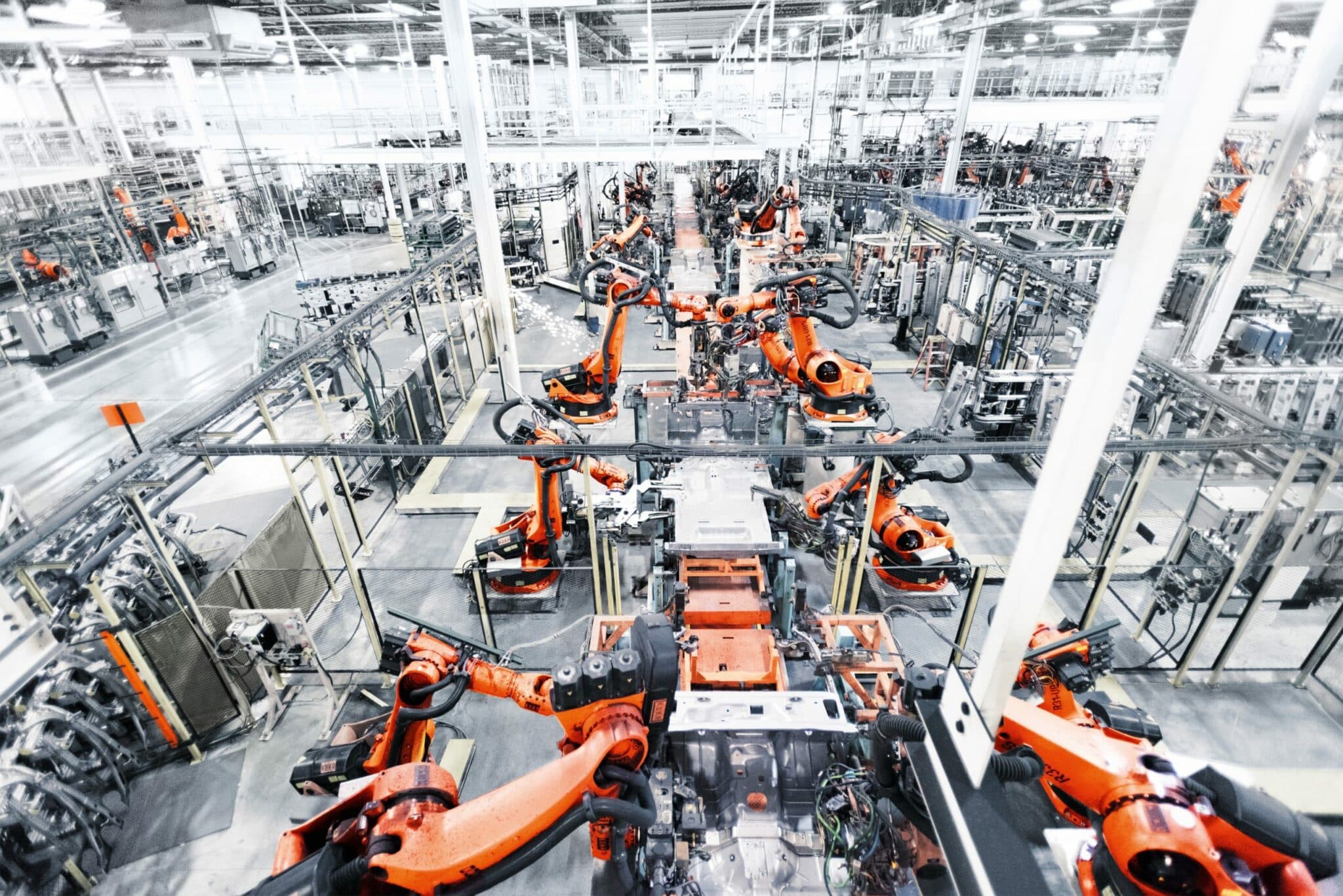 KUKA Toledo Production Operations (KTPO) has built every Jeep Wrangler to the body-in-white stage for Fiat Chrysler (FCA US) since it began operations in 2006. DirectIndustry e-magazine talked to Larry A. Drake, President and CEO of KUKA System Group about digital supply chain and Industry 4.0.

DirectIndustry e-magazine: Can you describe KTPO?

Larry A. Drake: KTPO is one of two supplier plants comprising the Toledo Supplier Park, the only venture of its type in North America. The concept brings major suppliers on site to perform key assembly functions that have traditionally been conducted by the vehicle manufacturer alone. KTPO produces the unpainted vehicle body—over 700 a day, or one every 82 seconds—for FCA US. These exit into the third-party paint shop, where they are painted and then delivered to the FCA US assembly plant.

DI e-magazine: What is IoT in a Box?

Mr. Drake: KUKA has linked the plant’s 259 robots and 60,000 other devices with powerful back-end monitoring systems and a master data management system. This was essentially the development of “IoT in a Box.” It has evolved dynamically and continuously ever since, into an intelligent lifecycle management platform as part of Industry 4.0.

DI e-magazine: What is it capable of?

Mr. Drake:  It has become a fully digitized solution which, linked to production, controls and monitors the entire value chain in real time, from receipt of materials to the actual production processes and goods dispatch, as well as identifying weak points and optimizing capacity utilization. The intelligent system is based on Windows Embedded and Microsoft’s SQL Server. All the control tasks, including creating and running programs and diagnostic processes, can be performed directly on the robots from the control panel’s Windows-based interface.

DI e-magazine: What is the future in this field?

Mr. Drake:  Cloud computing and Big Data will give the digitization process another significant boost. Systems will have the capacity to learn quickly and develop further. Applied to industrial manufacturing in Industry 4.0, this will open up entirely new worlds of production. Machines will become increasingly sensitive, more autonomous, more mobile and easier to operate. Soon, robots will be intelligent enough to understand our language and gestures. They are increasingly evolving into assistants in factories, supporting humans in their work.

DI e-magazine: How is KUKA pushing ahead?

Mr. Drake:  In the Austin, Texas technology hub KUKA is working with an experienced crew of interdisciplinary development engineers to achieve the fusion of the IT sector with the leading expertise in the fields of mechatronics and industrial manufacturing processes. Our team in the USA will ensure that operational technologies such as robots and logistics machines are connected to the cloud, the web, mobile platforms and other modern IT technologies. This will make KUKA technologies even more user-friendly and provide new features in practical operation.