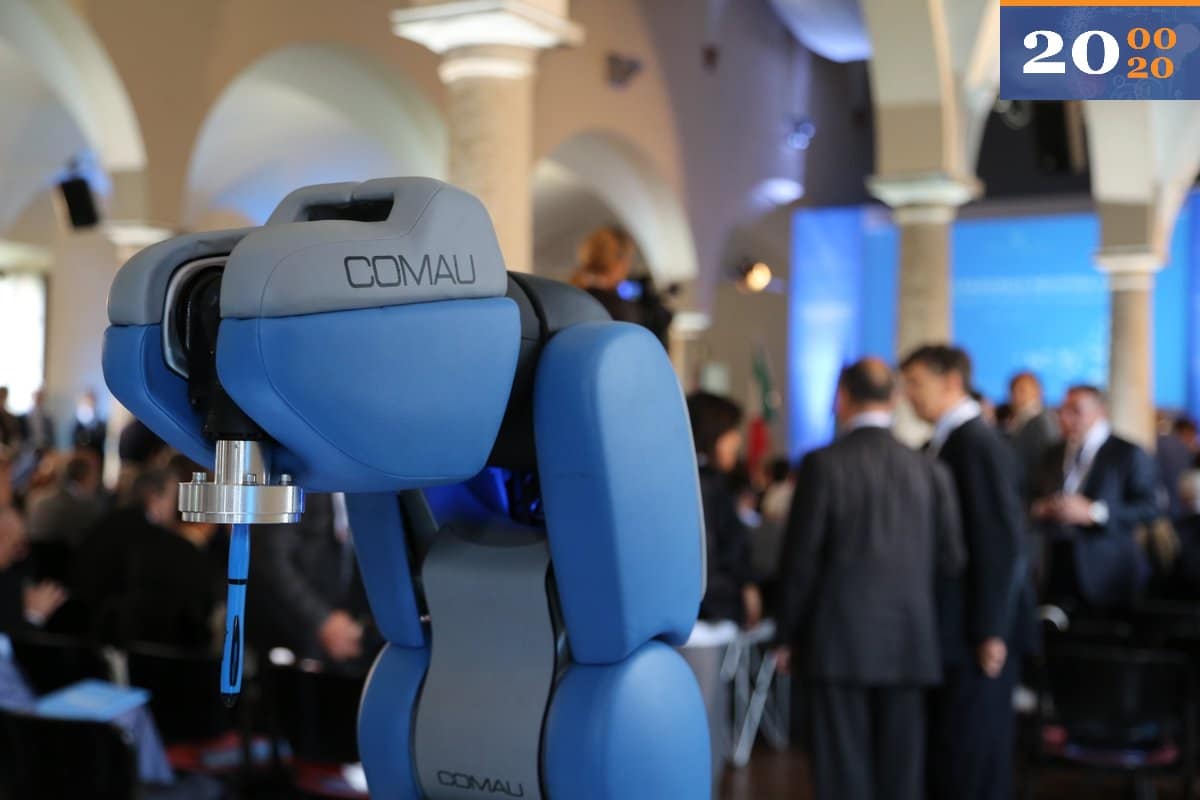 On the occasion of the 20th anniversary of our publisher, the industry sourcing company DirectIndustry, we are celebrating 20 years of industrial innovations by giving the floor to the players that brought these innovations to life. In this article, we focus on robotics. Duilio Amico, Marketing and Network Development Director Robotics & Automation Products at Comau, gives his insights into 20 years of innovations in robotics.

20 Years of ROBOTICS with… Comau

Comau is a multinational Italy-based company specialized in industrial automation. Their competencies range from technologies and systems for the production of electric vehicles, hybrid and traditional vehicles, a full range of industrial robots, collaborative and wearable robotic solutions, autonomous vehicles for logistics, dedicated machining centers, digital services. Comau is also known for being a subsidiary of the car manufacturer Fiat Chrysler Automobiles.

01. Robots Are Working Alongside Humans

There has been a lot of technological development in the last 20 years. But this has not changed the way industrial robots are used in a factory, according to Duilio Amico:

“From a mechanical perspective, the robot itself hasn’t changed dramatically in the last 20 years. The biggest change in the robotics sector is the birth of cobotization, of collaborative robots. Robots now have the capability to work in a human environment, with human workers. This is a big trend that is taking place more and more in the industry. Cobots were not able to work with humans 20 years ago and now they can.”

Comau has developed the HUMANufacturing concept, which combines, on one hand, the human contribution to production (flexibility and ability to react to unexpected events)  and on the other hand automation with robots doing repetitive tasks. They have developed what they say is the biggest cobot in the world in terms of payload. AURA has a payload of 170kg and its reach is nearly 3m. It is also equipped with a sensitive skin to allow it to detect when a worker is close and and force the robot to slow its pace down or to stop to avoid collision.

Other technologies have also been developed in the last 20 years such as machine learning, vision systems and image recognition, Duilio Amico observed:

“Vision systems and image recognition have improved a lot since the 2000s. Industrial robots are now able to see and to pick items in a bin for example. This was more difficult if not impossible for them to do 20 years ago. Now it is common, for example in the electronics industry where there are a lot of robots used for high-precision assembly tasks.”

03. Robot’s Behavior Can Be Simulated Digitally

Digital manufacturing gives the ability to simulate a whole production line. For Duilio Amico, this is also one of the most important evolutions in robotics:

“We now have simulation capabilities that can allow the almost complete off site programming of a whole production line. We can simulate the behavior of a robot in the digital world, before it is installed in the real world. It is software-generated and this did not exist before.”

Duilio Amico sites wearable robotics as another trend that has arisen in the industry.

“It refers to the tools and devices which can boost or sustain the capabilities of a person to perform certain tasks. These tools, such as exoskeletons, can be worn by the user, this is why they are called wearables. We have developed one such exoskeleton together with partners in order to support jobs which require long-standing arms above your head.”

This exoskeleton is called MATE and was designed by Comau in 2019 in collaboration with workers to meet their needs. MATE can work without batteries or motors and provides postural support that accompanies arm movements without resistance or misalignment. This reduces stress on the main shoulder muscles by 30%. MATE can have applications in many sectors such as construction, agriculture and the automotive industry.

“While the automotive sector involves robots with a minimum  60kg payload with a reach of about 1 meter, in other sectors applications require robots with a smaller payload and reach in order to work in smaller manufacturing environments. For tasks such as handling, the assembly of small electronic components or for tasks that demand high precision, it is better to have a smaller robot.”

06. Programming a Robot Has Become Easier

Robotics has always been a specialized task that demanded a high level of programming. But now it has become possible to program a robot without any specific skills.

“We see the replication of what happened to computers 30 years ago. Computers in the 90s were powerful machines complicated to use by everybody. Then we developed the mouse and Windows interface and everybody was able to use a computer. This was a big improvement in the human-machine interface. The same HMI development is happening with robots today, with the cobots for example. This enables any customer to put robots in their factory quite easily.”