What if it was possible to generate electricity out of the tons of waste our societes accumulate each day? And what if this power could actually be used for example for your electric car? The German start-up Wmoove  is presenting at Web Summit its power sharing concept of transforming combined waste (food, package, plastics) into an energy source.

CEO and founder Juergen Resch explained the technology behind:

We designed a microwave solution where we heat up the waste. We save the solids (metal for example) and gasify the rest of the waste. Then we use a hydroturbine that generates the energy.

According to Resch, 100kg of waste can generate 240 KWatt of usable energy.  The process takes an average of 40 minutes. The station also has a 6-hour storage capacity. 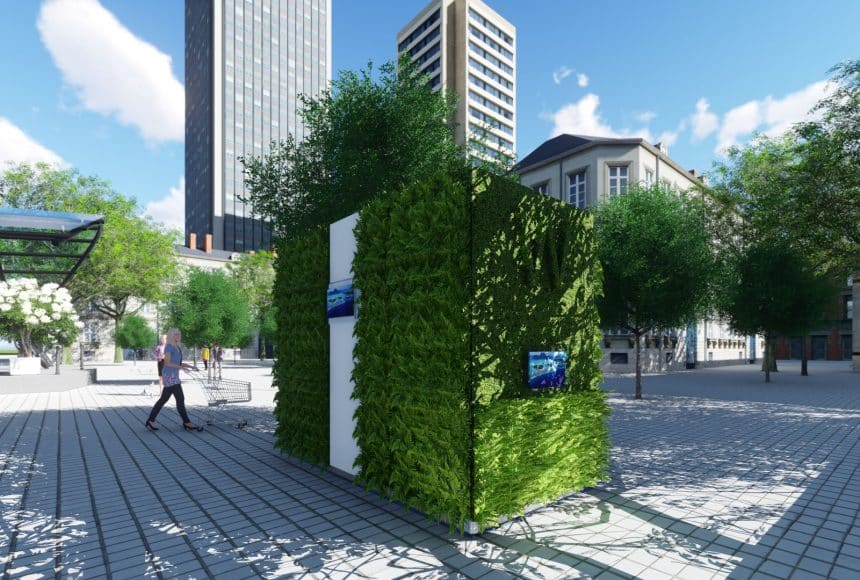 Until now, their solution is being used by German supermarkets in the Düsseldorf area for powering their own facilities. But the company is expecting to equip the city with 5 stations next year that could be used as fast-charging stations for electic cars.

In line with the idea that sustainability is the future, Wmoove exemplifies a solution which could solve two of today’s major issues: excess waste and high energy consumption. It could also revolutionize major elements of urbanism, notably infrastructure, where city planners might be asked to integrate the Wmoove charging station into their design.