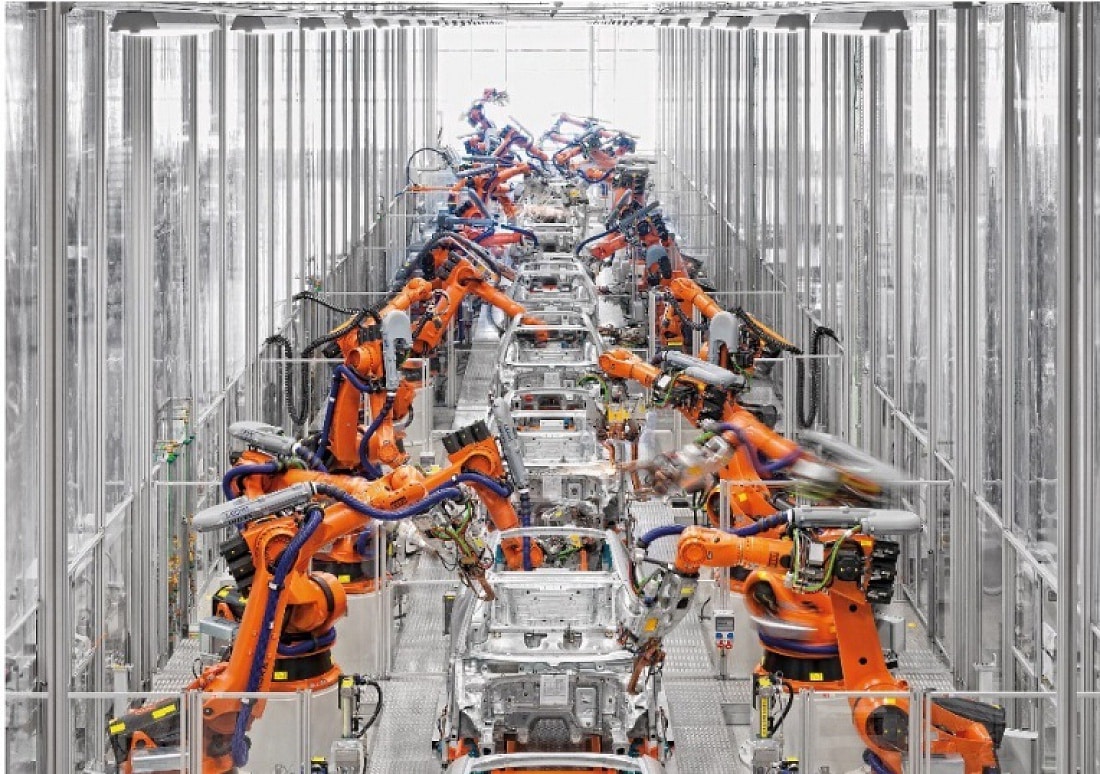 At Hannover Messe, DirectIndustry e-magazine met with Dominik Boesl, Corporate Innovation Manager at KUKA, to talk about the major challenges facing robotics in coming years. From the four robotic revolutions to “robotic governance,” what will be tomorrow’s robotics?

Dominik Boesl: We believe there are 4 revolutions in robotics. The first one is what we have been doing for 40 years—how to weld and glue a car together as fast as possible. This is industrial automation with big machines that work in a cage.

Tomorrow, the robot will come to the workpiece.

Cobotics is the second revolution and it has just started. We took the robot out of the cage and we have the technology to safely interact with it.

The third revolution will be when the robots become mobile. So far, the work pieces are coming to the robot. Tomorrow, the robot will come to the workpiece. We are already sliding into this phase because we have robots with mobile platforms.

The fourth revolution will be when perception and cognition come into play. So far, robots can navigate freely. But they’re programmed. It’s smart but not to the point that it can watch what I’m doing and reproduce it.

DirectIndustry e-magazine: Should we fear a system where humans are no longer in charge?

Dominik Boesl: I strongly believe the human has to stay in control, and will. People won’t accept the system if they are no longer in control. But it is true that more and more things happen automatically. Today, I have to tell the machine what to do. Tomorrow, I will just have to intervene if I don’t want something to happen. But we have to ask ourselves, What’s a robot? Is it going to be my colleague? My competitor? Or just my screwdriver? This is why we at KUKA are committed to driving sustainable robotics and push this idea of robotic governance to ensure continued human control of the robots we build.

DirectIndustry e-magazine: Do you think we might rewrite the Asimov’s laws,* or apply new laws of robotics?

Dominik Boesl: The assumption behind Asimov’s laws is that the system decides autonomously. That’s not the case. The human is still making the decisions. The robot does what I asked it to do. So Asimov’s laws don’t apply. What do we want to achieve with robotics? We have to come up with something like a robot manifesto with guidelines. For example, at KUKA we are not working on robotics that is part of, financed by or part of military systems. It is a very important commitment. This is what I mean by sustainable robotics.