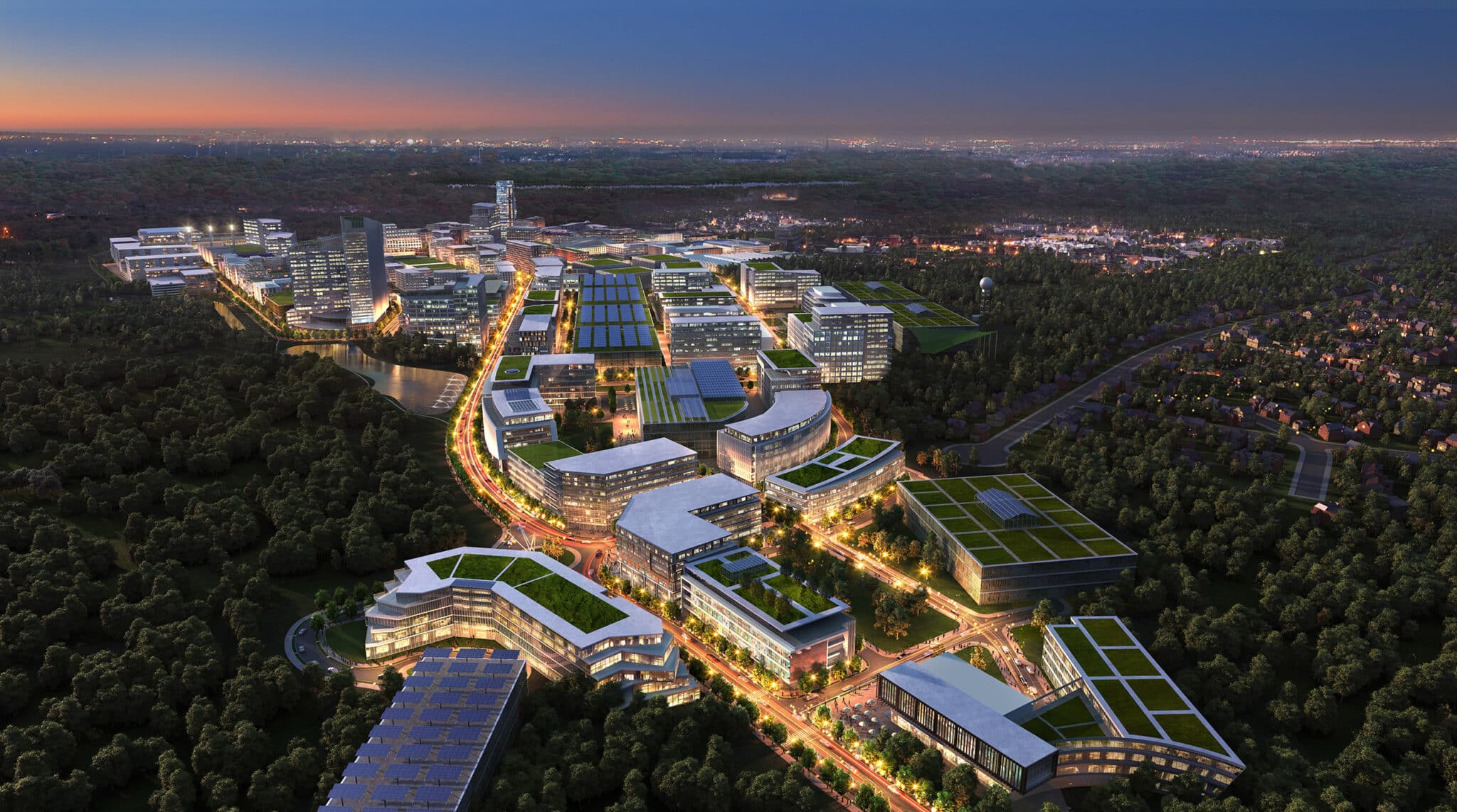 Cities all over the world are turning to smart technology for efficiency, sustainability and economy. Singapore and Dubai have paved the way. Near Boston, a future smart city is currently being built. Let’s take a tour inside Metropolis 4.0.

When Blade Runner 2049 hit movie theaters this fall, it drenched viewers in a dystopian vision of tomorrow’s metropolis—gloomy, crowded and polluted. In fact, we’re able to paint a much rosier picture of future cities, with solar panels and gardens atop every roof, street lights that signal a failed bulb and sensors that redirect drivers around traffic jams.

A hundred and fifty years ago in America, you had to build your city on a railroad line or you’d wither and die. Today, you need access to telecommunications—broadband or fiber—and clean, reliable energy. Those are the two pillars everything else leans on. Almost every problem cities are facing today can be countered with smart technology. The core promise of the smart city is happier citizens for less money. 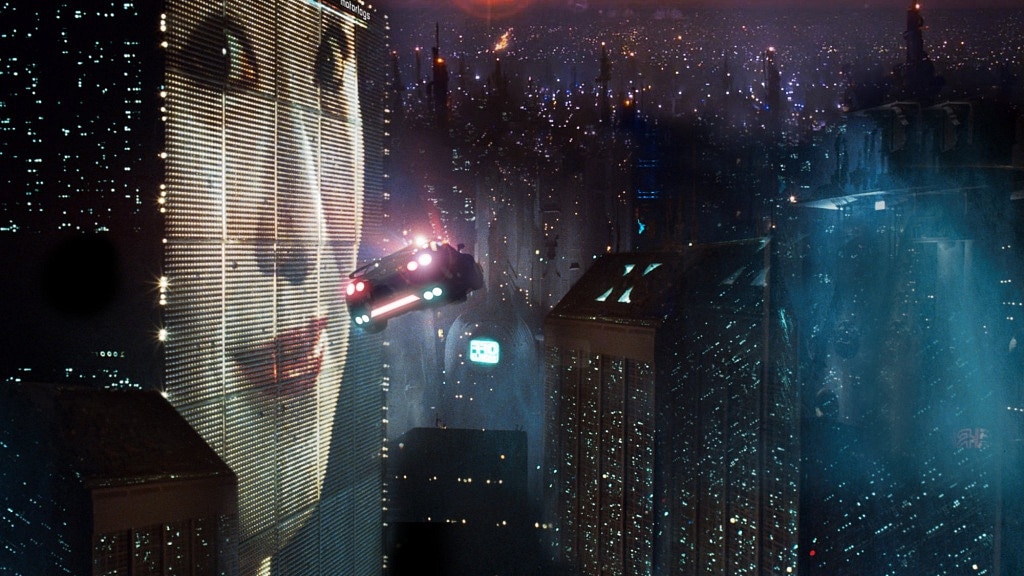 Image from the movie Blade Runner 2049

A City Built on Data

If telecommunications and clean energy are the foundation, data are the building blocks. By collecting information on every aspect of urban life and crunching the numbers, cities can connect the dots in entirely new ways. You don’t need to wonder when and where streets are congested—the streets announce it themselves. Berst continues:

For the first time, cities can implement data-driven decision-making based on up-to-the-minute conditions.

Boston’s Citywide Analytics Team collects data on a range of government programs and issues, including reducing shooting incidents and cleaning graffiti. The information is displayed on wall-mounted dashboards in the mayor’s office for better management.

While many cities are beginning to adopt smart technologies, retrofitting an entire city is an immense task. Twelve miles south of Boston, a new city is rising on the site of a former US Navy base. Union Point is a 1500-acre development showcasing how tomorrow’s smart city might look. Over the next 10 years, 4,000 residential units and 10 million square feet of commercial space will be constructed.

It’s a sort of a living lab where experimentation and innovation can take place. We’re uniquely positioned to create an environment that can easily adapt and integrate future technology, and change based on future demands.

In Union City, all commercial structures will meet the highest LEED green building standards. Ground- and roof-mounted solar panels will supply renewable energy, while smart meters and sensors manage supply and demand. Wastewater will be treated on-site and be reused, reducing the need for potable water by up to 60%. Partner General Electric will install experimental technologies in street lights, power equipment and other urban fixtures to monitor and manage traffic, among other tasks. Design will focus on pedestrians and bicycles as much as cars, and plans include autonomous vehicles and shuttle services.

The World is Your (Smart) Oyster

In addition to boosting efficiency, smart technology should attract businesses. Urbanites are used to having the world at their fingertips, ordering food, clothes and personal transportation services via a smartphone any time they want. And they expect the same kind of efficiency from their city government. Singapore and Dubai have already made most city services available to citizens online. Jesse Berst adds:

That gives them a competitive advantage when a company has to decide where to expand its business or place its next headquarters.

When Amazon recently announced its hunt for a second headquarters location, it set off a stampede of suitors trying to woo the internet behemoth. More than 200 cities submitted bids, Union Point among them.

Amazon is looking for a smart, connected city; that’s where millennials and talent want to live. Becoming smart is essential for cities to attract jobs and stay competitive in the global economy.

The Smart City of Barcelona

Creating the smart city of tomorrow is a work in progress, an effort that’s catching on. In Barcelona, lamp posts have been equipped with sensors connected to the internet, measuring everything from noise to crowd levels, pollution to traffic. These smart technologies have saved the city millions of dollars and created close to 50,000 jobs, according to former deputy mayor Antoni Vives at CES in 2014.

Across the globe, millions of people are moving from rural areas to cities. By 2030, two-thirds of the world population will be urban dwellers, creating a number of challenges. Jesse Berst warns:

We can’t accommodate this urban influx without getting smarter. In other words, smart cities are inevitable. It’s not just a trend. It’s a race.