Home » “Lubrication is the Lifeblood of the Airplane”

“Lubrication is the Lifeblood of the Airplane” 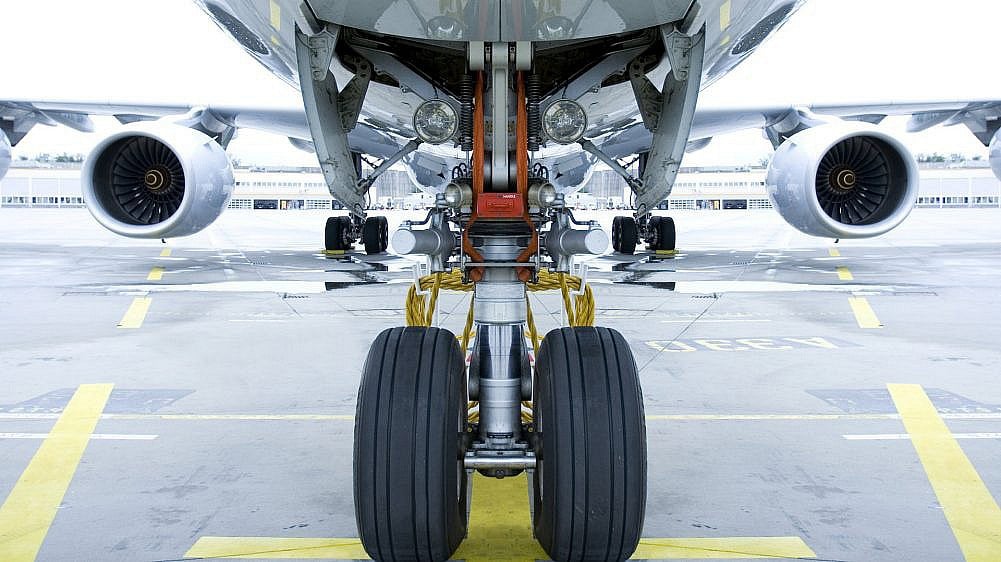 Lubrication is needed for everything in the airplane industry, from the landing gear to the gear box for the engines. The safe operation of the aircraft depends on it.

The Lifeblood of the Airplane

Dave Nickson co-founded U.K.-based Sil-Mid, which stocks a wide range of lubricants from manufacturers including Shell Aviation and Henkel Bonderite. He explains that the safe operation of the aircraft depends on lubricants that respond to the higher standards.

An example of this is the aircraft’s wheel bearing grease. For several hours it has been subject to very low temperatures while in the air, but on the wheel making contact with the runway, it must cope with a dramatic rise—and then carry out this role over many cycles before being changed.

Checking, changing and analyzing lubricants forms a vital part of the multitude of checks every aircraft has to go through, from daily right up to D check, where the entire plane is taken apart for inspection. This is because lubrication is the lifeblood of the airplane.

In the aircraft industry, designers are pushing the envelope with the performance of their machines. As demand for greater fuel economy drives car and engine design, lubricants have been pushed hard to deliver superior engine protection in a lighter, thinner form, sometimes as low as 0w20, explains David Wright, director general of the UK Lubricants Association:

The base oils used for lubricants today are more like water-white medicinal oils in appearance than the heavy black tars that people might suppose them to be. At start-up, a thinner lubricant can get round the engine more easily and protect its moving parts with less power needed to circulate the lubricant. Developments in additive technology have meant that thinner oils’ complex chemical structure can be maintained over more severe operational demands without degradation.

Global chemical company Chemours has under its umbrella the Krytox lubricant business. Krytox base oil is composed of fluorine, carbon and oxygen (a combination known as perfluoropolyether) and formulated in many variants by adding solvents that effectively protect moving parts from corrosion, wear and extreme loads.

These lubricants don’t carbonize or deteriorate at high temperatures. They are not only fire-resistant, but also non-flammable and do not ignite, explode or support combustion, even in 100% liquid or gaseous oxygen.

These products are extremely stable and non-reactive with most materials and chemicals, and are capable of performing under extreme conditions. Our very first commercial sales were into the Apollo space program with oxygen safe lubricants.

One solution to some of the extreme demands of the aerospace industry are dry (solid) film lubricants (SFLs), which are used in situations where liquid lubricants are not viable. For example, where liquids could contaminate adjacent parts, such as seat belt fasteners or where operating temperatures exceed those that can be tolerated by appropriate wet lubricants like in the engine area.

Jim Rowbotham is managing director of U.K.-headquartered Pexa, the authorized distributor for Everlube Products, which has the widest range of SFLs approved to aerospace specifications.

These surface coatings are not dissimilar to paints but have lubricant properties. Once applied, they remain in place for the life of the component. We supply heat-cured types often used for OEM applications and room-temperature-cured types typically [used] for maintenance applications or substrates, which will not tolerate high temperatures including many aerospace aluminum alloys.

But the demand for specialist lubricants goes back to the metalworking, suggests Edward Jones COO of Hangsterfer’s Laboratories, which specializes in the manufacture of cutting fluids approved by NASA, Airbus and Boeing.

Corrosion is a major concern for the aircraft industry and the main reason these prevent corrosion is that they are chlorine free. Chlorine is often used as an additive to help with the cutting process. Under extreme pressure of the tool-workpiece interface, it will help prevent adhesion of the metal to the cutting tool. Although it can benefit tool life, under high-temperature conditions, if residues of a chlorinated lubricant are inadvertently left on the surface of a part, then corrosion can occur.

The greatest risk of corrosion from chlorine are ‘hot parts’ like jet engine components. Hangsterfer’s S-500 CF and S-787 cutting fluids are chlorine free and use extreme pressure additives that actually work even better than traditional chlorine additives.

Both cutting fluids therefore lower the cutting forces at the tool-workpiece interface, allowing the metal being cut to flow in a better way, and uninhibited, which creates a better surface quality. This improved surface quality is more resilient to corrosion and reduces surface irregularities.