Home » How Computer Vision and AI Will Create an “Augmented Worker”

How Computer Vision and AI Will Create an “Augmented Worker” 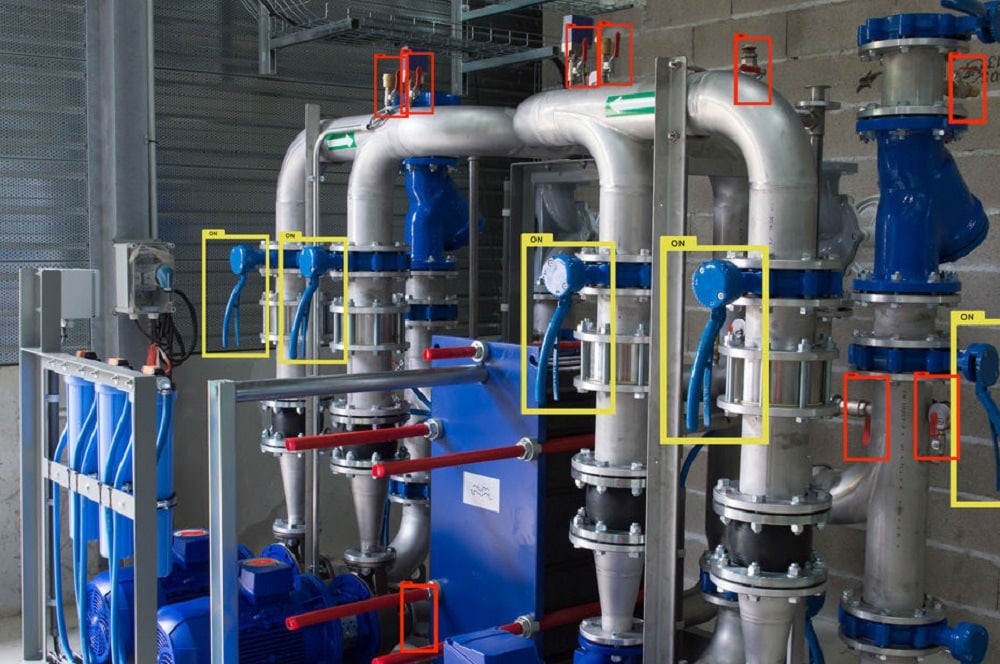 Created four years ago, Deepomatic is a French company that develops artificial intelligence software enabling the creation of image recognition systems. Their goal? To create an “augmented worker” who can focus on the most interesting and valuable tasks while the machine handles the easiest cases where a high level of expertise is not required. The idea is to create a system that enables the semi-automation of repetitive and visual tasks with a human ultimately remaining at the helm of the project. Célia Sampol, Editor-in-chief of our sister publication MedicalExpo e-magazine spoke with Augustin Marty, CEO of Deepomatic.

Célia Sampol: You say that image recognition is the most mature artificial intelligence technology out there today. Why is this and how does it work?

Augustin Marty: We are specialized in image and video recognition. From a technological and scientific point of view, this is the field in which artificial intelligence has had the most significant breakthroughs in recent years. The methodology consists in collecting relatively large data sets, i.e. images, which we enrich with information, such as locating objects in a particular place or saying that a particular image corresponds with a particular element. In order to achieve this it is necessary for a person to transfer part of his or her expertise to the machine. We then retrieve these images and the information that goes with them and train a network of neurons to learn the task we are working on. This gives us a network of neurons specialized in the task at hand.

Célia Sampol: What images do you use to train the machine?

Augustin Marty:  They correspond to the cases we are working on. In the medical sector, for example, we work mainly in the field of medical imaging. We need the input of a doctor with a certain level of expertise who will be able to tell us that this or that element on an ultrasound corresponds with this or that organ. We do this for a large number of images and then autonomously the system will be able to say that on a given image it is a question of a given organ. Thanks to the library of knowledge the system will have acquired, it will be able to generalize all this and use this knowledge to apply it to new images. It’s learning by analogy. We can really compare this to the training of a human being; we teach it a large number of examples so that it can then recognize elements on images it has never seen before on its own.

Célia Sampol: Is there a risk of mistakes?

Augustin Marty: Yes of course, there is no magic behind it so the idea is that a human always remains in control and aware of the limits of the system he or she is creating. With our system, the prediction that the machine will make is always accompanied by a level of confidence: it will give a score that tells us if it is more or less sure of its interpretation. After that, we can set up mechanisms that ensure that when the machine is not really sure, we can turn to a doctor’s opinion.

Célia Sampol: What can your system be used for?

Augustin Marty: In the medical field it’s essentially a diagnostic aid with a doctor always present. This allows the doctor to focus on the most complicated cases that require more advanced expertise, while the simplest cases can be left to the machine and treated more quickly. But in this field we are still at the research stage and it is not yet used on patients. The real challenge in the medical field is access to patient data, which is logical and understandable, but it means it is difficult to have access to a large volume of data. But this technology needs to absorb a large volume of data in order to work.

Célia Sampol: And what can it be used for in other fields?

Augustin Marty: Today, the most advanced application we are working on concerns automatic cash registers in the institutional catering industry. In a company cafeteria, for example, we will install one or more machines with cameras. Customers arrive with their trays filled with the different things they will have chosen for their meal. The camera will take a picture of the tray and the system will automatically recognize what is on it and calculate how much the person has to pay.

Célia Sampol: But this gets rid of human jobs…

Augustin Marty: Yes, there is definitely a direct impact on employment because there will be a need for fewer people to work the cash register, but we can also see this as a way of making the line flow more smoothly and of better absorbing peaks in volume, since everyone goes to lunch at the same time. It is possible to increase the number of machines and adapt more easily to peaks in volume. It has already been deployed in about ten restaurants in France and we are trying to develop it elsewhere.

In industry, we are also working on car interiors. For example there will be a camera inside cars in order to better understand what happens in the car interior and provide a number of additional services that are currently more linked to comfort than anything else. A typical example is that we will be able to detect the level of clothing a person is wearing, whether it is a man or a woman as well as his or her level of activity and make the automatic adjustment of the temperature inside the car accordingly.

For the security industry, we will be able to make video surveillance cameras smarter. Today, there are a lot of cameras that are installed, but teleoperators do not necessarily have the ability to watch all the tapes in real time. So the idea is to have a system that can watch all the videos in real time and issue an alert when it detects abnormal behaviour such as an assault, a violent movement or someone who faints and is alone on the floor. As in medical imaging, this is also a collaboration between man and machine because ultimately it is not the machine that will make a decision but the human being who will decide to alert the emergency services or react. But we will bring this or that event to the attention of the human being.

We also work in the transportation sector. But as far as public spaces are concerned, we are faced with a major problem of access to personal data. So the idea is first to create a system that would render video images anonymous, i.e. blurring the faces on these videos so that applications can then semi-automatically detect abandoned bags as well as suspicious, dangerous or violent behavior. 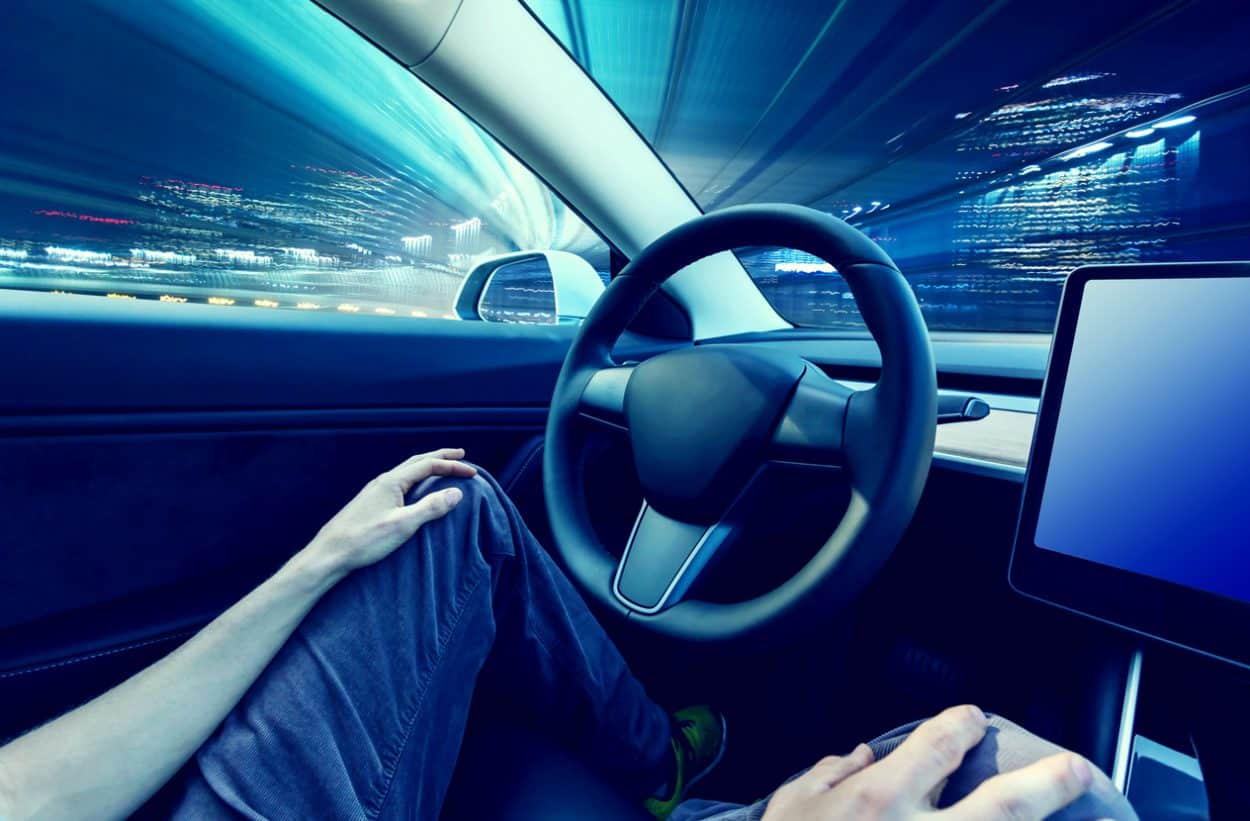 There will be a camera inside cars in order to better understand what happens in the car interior. (Credit: iStock)

Célia Sampol: Is there a risk that humans will at some point be surpassed by the machine they have created?

Augustin Marty: We want to create interfaces that are very simple to use so that concepts that are very complicated at first glance become much more understandable using our tool. The idea is that people remain at the helm steering the project, aware of the limitations of the system that’s been created. We want humans to always be able to understand what is going on so that they can make the right decisions.