Festo in Germany: Industry 4.0 in Action 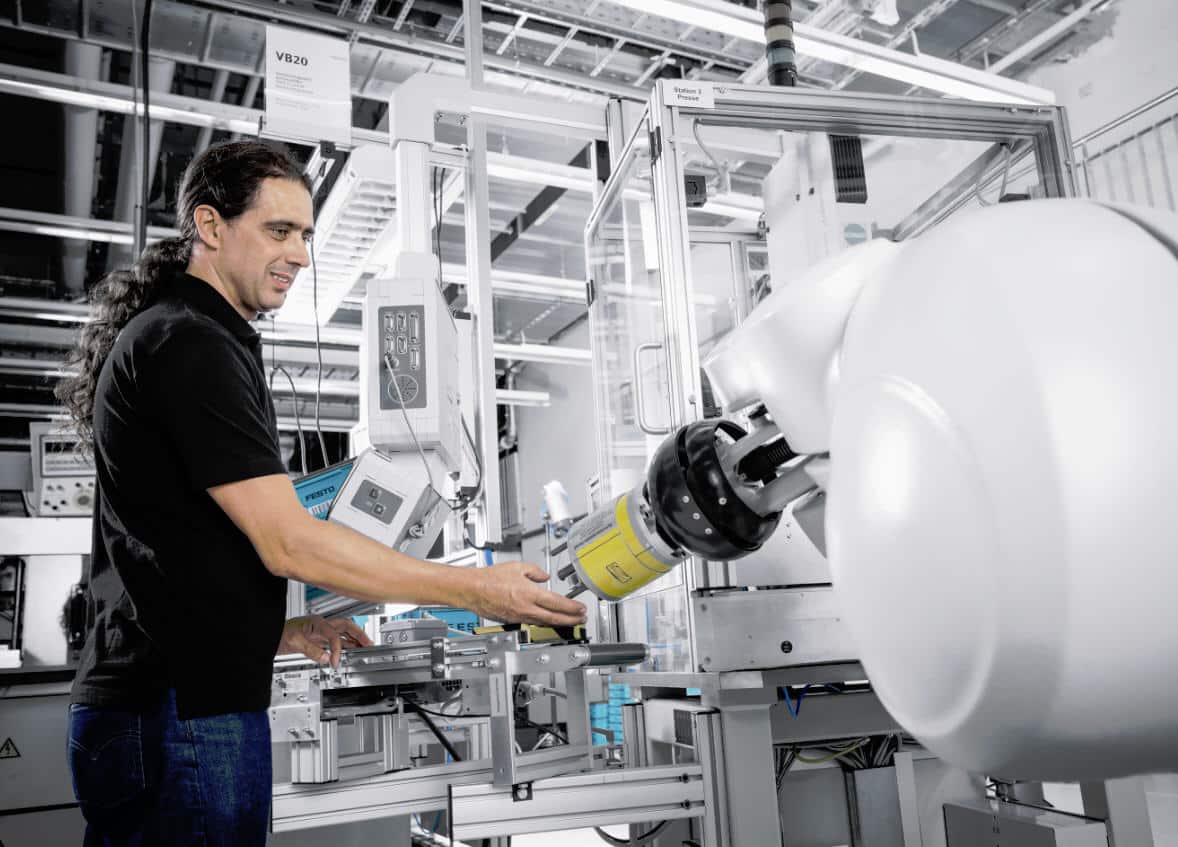 The factory of the future is fast becoming a reality. This is nowhere more obvious than in Germany. The rise of automated plants is bringing Industry 4.0 to the forefront of production, with companies like Festo leading the way in automation.

In Scharnhausen, southeast of Stuttgart, pneumatic and electronic automation company Festo has invested €70M in expanding and renovating their oldest factory, creating a new plant on the cutting edge of automation technology.

It is now our leading plant for valves, valve terminals and electronics. Our philosophy was to create a plant of intuitive human-machine interfaces (HMIs), training and qualification, as well as innovative technologies.

For example, all service engineers use tablet computers as HMI systems, with a special app that helps them rectify technical faults quickly and process orders on-site.

We have two production lines for solenoid valves. Over one million valves are assembled each year and assembly and testing is completed in a few seconds. In order to keep energy consumption to a minimum, we took innovative paths when planning the factory and building.

This includes two natural gas-powered cogeneration stations that produce both electricity and heat for the plant’s 66,000 m2, ensuring basic supplies and reducing demand for mains energy.

But it doesn’t stop there.

As processes are often mutually dependent, the energy has to be distributed sensibly. By continually adjusting the generation process to the actual consumption situation, the necessary energy can be provided very efficiently.

One good example of Industry 4.0 in action is in their valve assembly machines for the VUVG series. Modular design enables the removal, change or addition of components according to need. Linked to a factory automation system, the machines can to talk to one another and upload data, which then can be evaluated.

In the next stages, these and other systems will undergo further development and be connected, for example, to the SAP/ME (manufacturing execution) system. The objective is to be in a position to centrally record and evaluate machine data [from the valve assembly machines] via standardized interfaces without excessive costs for implementation.

Many Industry 4.0 elements are already a reality in the Festo plant, which employs 1,200 workers. But it also has some of the latest robot workers.

Therobot is a fully collaborative robot that works alongside human workers. Sensors monitor all the robot’s actions. As soon as an employee comes too close, Therobot slows down or just stops. Thanks to safety mechanisms, the robot does not have to be caged.

Ostertag says the robot grips a housing, joins cartridges and frames together, then passes the assembled component on to the worker for further processing.