Carbon Free and Carbon Fiber: BMW i3 in Leipzig 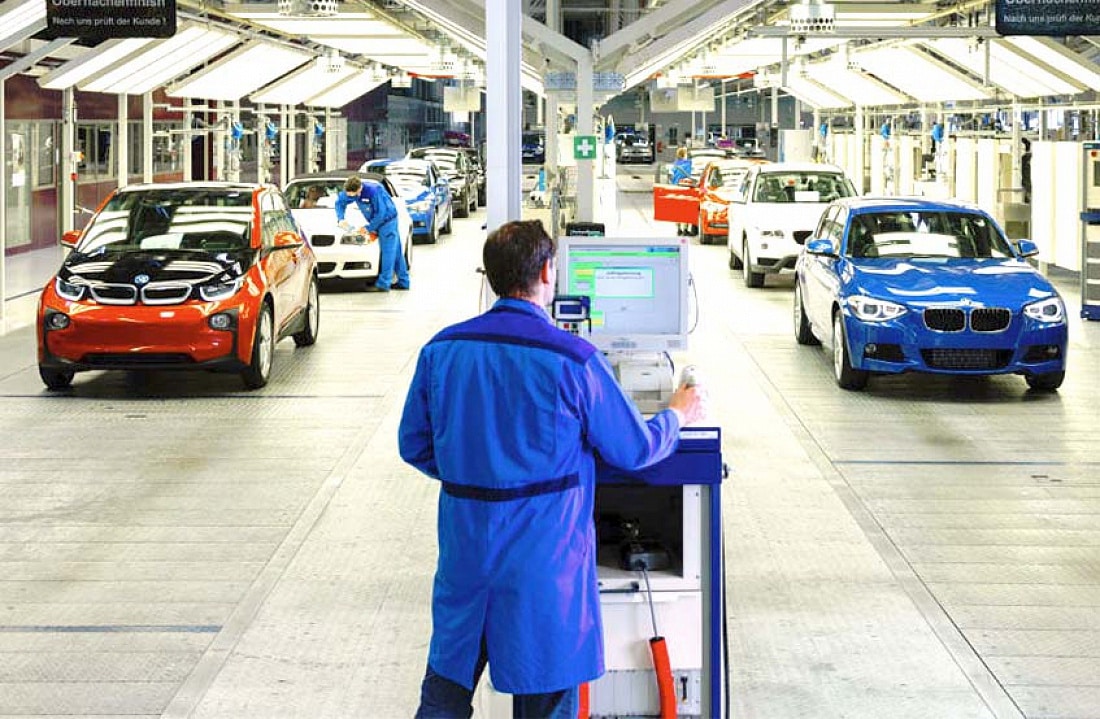 When BMW decided to build a new all-electric production vehicle, they knew there was little point in creating a sustainable car unless they followed the same philosophy at every stage of process. To achieve this, they required the right facility.

A Sustainable Leap in Leipzig

Zero-emission cars often hide a dark secret—the environmental cost of building an electric vehicle sometimes outweighs the sustainability benefits. BMW wanted to avoid this when they planned their i models. Jochen Mueller is BMW’s Head of Communications at Leipzig, Germany, where the BMW i3 was built. He was on the board during the entire planning phase. For the company, it’s the world’s first production model designed with sustainability at every stage.

It makes no sense to us to build a sustainable vehicle and not have sustainability throughout the entire value chain. The plant is 11 years old. At the time of opening, it had the most up-to-date infrastructure.

BMW still invested €400 million in new structures and machinery, such as purchasing 100 robotic arms for assembly and installing a new production line specifically for the i3.

The main reasons we decided to use Leipzig when we were planning the i3 were that it was close to our research and development center, but also it had permission from the government for four wind turbines.

And the sustainability doesn’t stop there. The innovative use of carbon fiber instead of steel means manufacturing the i3 requires 70% less water and 50% less energy than traditional vehicles.

While carbon fiber has been used in high-end sports cars for many years, it has always been expensive and traditionally produced off site. The BMW i3 is the first mass-produced car to implement the carbon parts completely in its design.

Other carbon fiber cars are produced in much smaller volume. We are making 100 i3s and 20 i8s a day.

This scale of production not only brings the cost of producing carbon fiber cars down, but the Leipzig plant utilizes many firsts in producing the parts.

Perhaps the major first innovation was to produce the parts on site. Only that way could we produce the volume we needed. By controlling the whole process chain, it drives down costs and allows us to produce high volume.

According to him, BMW manufactures carbon strands at a new US$100 million plant built in Moses Lake, Washington before they ship it to Leipzig. This location was selected to take advantage of the abundant hydroelectric power in the region. Carbon fiber production requires considerable energy and would otherwise emit large quantities of CO2. The parts are made from carbon sheets and are precut and preformed. They are then placed in large cooking towers to be molded using highly pressurized liquid resin. After that, they are baked, hardening the body parts.

The second big innovation is the way we bring all the parts together. It takes no more than five minutes. They are of course glued, bonded, not welded like steel. The bonding process is done 100 percent by robots.

The 100 robots working at the plant are standard KUKA and ABB models used in car plants around the world. But these have been programmed to bond carbon fiber parts together rather than to weld steel. While BMW has programmed robots this way before, it had never done it on this scale.

A human could not do this job, as the two pieces have to be held precisely 1.5 mm apart for five minutes. We are using standard equipment, but it is the way we are using it that is new. The programming is not difficult, it is just how you order the machines to operate.

Because no steel or aluminum is used, no presses or welding, noise levels are considerably lower than in a typical car plant. Thus, none of the 800 workers require ear plugs.

There are other differences as well. There is no steel presses, which is a big saving in energy according to Mueller. And there is no paint shop. He explains that carbon fiber doesn’t need painting, as it doesn’t corrode. Instead, the carbon fiber shell is covered with a plastic skin that comes in various colors. This is made from the same material as regular bumpers and fenders, and is simply clipped on.

There is no pollution from paint, no need to spray parts. It also saves a lot of energy, takes much less time and is a far more efficient process. And of course, it means the cars are a lot lighter and more efficient.