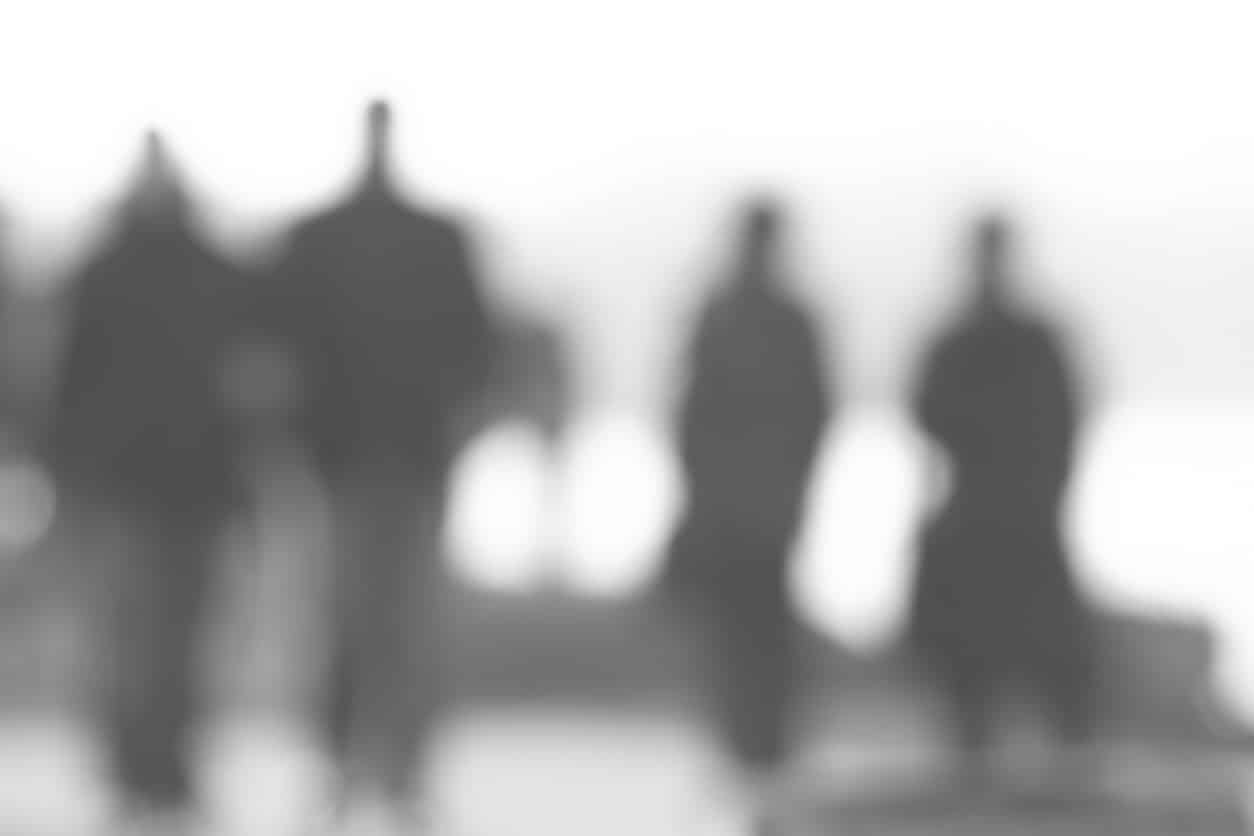 Jean-Michel Besnier is a French philosopher who teaches at the Sorbonne University in Paris. His research focuses on the philosophical and ethical impact of science and technology on individual and collective representations and imagination. We met him to talk about artificial intelligence.

DirectIndustry e-magazine: What are we essentially afraid of when we talk about AI?

Jean-Michel Besnier: We are simply afraid of losing control, of having generated a technology that now controls us, our behaviour, our thoughts, our inspirations. When personalities such as Stephen Hawking, Bill Gates, Elon Musk and Noam Chomsky published their famous appeal entitled “AI can kill the human race”, they warned of the risk that AI could lead us to dehumanizing ourselves, to “killing the human race.”

J-M. B.: It is true that AI provides services and is a productivity criterion in companies. But AI also gives cause for concern when we know that it will cut jobs, for example. It is a very objective fear. So the fantasy seems to me to be true.

In their report, the OECD states that only 13% of our activities will resist AI because they won’t be automated. This means that 87% of our activities can be automated. And it is not only cashiers who will be replaced. This also concerns radiologists, for example, who are told that any scanner is better able to decrypt MRI images than them. What are we going to do with all of these highly qualified people, such as radiologists or cardiologists?

DI emag: Knowing all this, why are we still moving towards AI?

J-M. B.: What we are experiencing today is what philosophers and sociologists described several decades ago: the phenomenon of the self-generation of technologies. There is an endogenous logic to the technologies that makes everything that is technically feasible happen no matter the cost. Even if we were to unanimously  declare the harmful nature of AI, technological innovations would converge to improve AI. 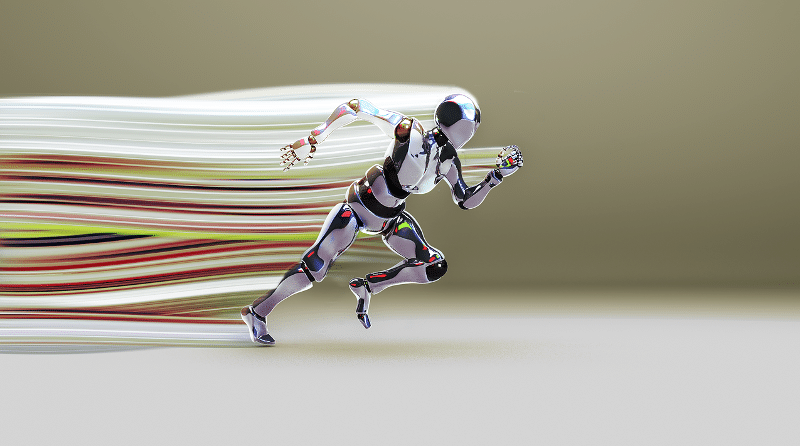 DI emag: Who does AI serve?

J-M. B.: AI is first and foremost at the service of machine manufacturers and large industrial groups. These groups, the GAFAs and their counterparts in China, want to take power today on a large scale. They have largely deprived us of democratic initiative and politicians are eating out of their hands. We are in a liberal system where free enterprise is promoted. This free enterprise has provoked the domination and conspiracy of large groups that have no other concern than imposing the needs of machines on us.

DI emag: What if the industrialists lose control?

J-M. B.: This is a catastrophic scenario that we already experienced in 2008 when robot traders caused the financial crisis. Speculators know that they are rarely in control of things. Their power is measured by the reactivity that can be theirs. Being reactive means that you are not active, that you simply react to something produced by something else. Finance is a good example of this dispossession of orders that is diagnosed on a large scale with AI.

J-M. B.: There are two ways to be in the world. We can be in the world by saying that everything in the world has a cause and we humans seek to identify the right causes so that we can act on the effects. This is Cartesianism, we’re in charge.

And then there is another way of being in the world that is to say that there is a lot of data and information that is circulating and that will correlate in one way or another, producing intersections that will in turn produce actions. Here we are not trying to identify the causes, because it has become too complex. We’re working on the correlations.

Medicine is a very good example of this. On the one hand, there is the “old-fashioned” doctor who tries to identify the cause of the patient’s symptoms by listening to him and giving him medical tests. And there is a new medicine that challenges all this, in which patients will be equipped with sensors of all kinds that will automatically record the functioning of their organs. This data will be correlated with data from other large-scale patient cohorts. From this correlation, intersections will emerge that will allow diagnoses to be made. The physician will then use these correlations as a basis for his or her diagnosis. There will no longer be any identification of the cause, just correlations. The doctor will be dependent on the machines that will manage data in comparison with other data. 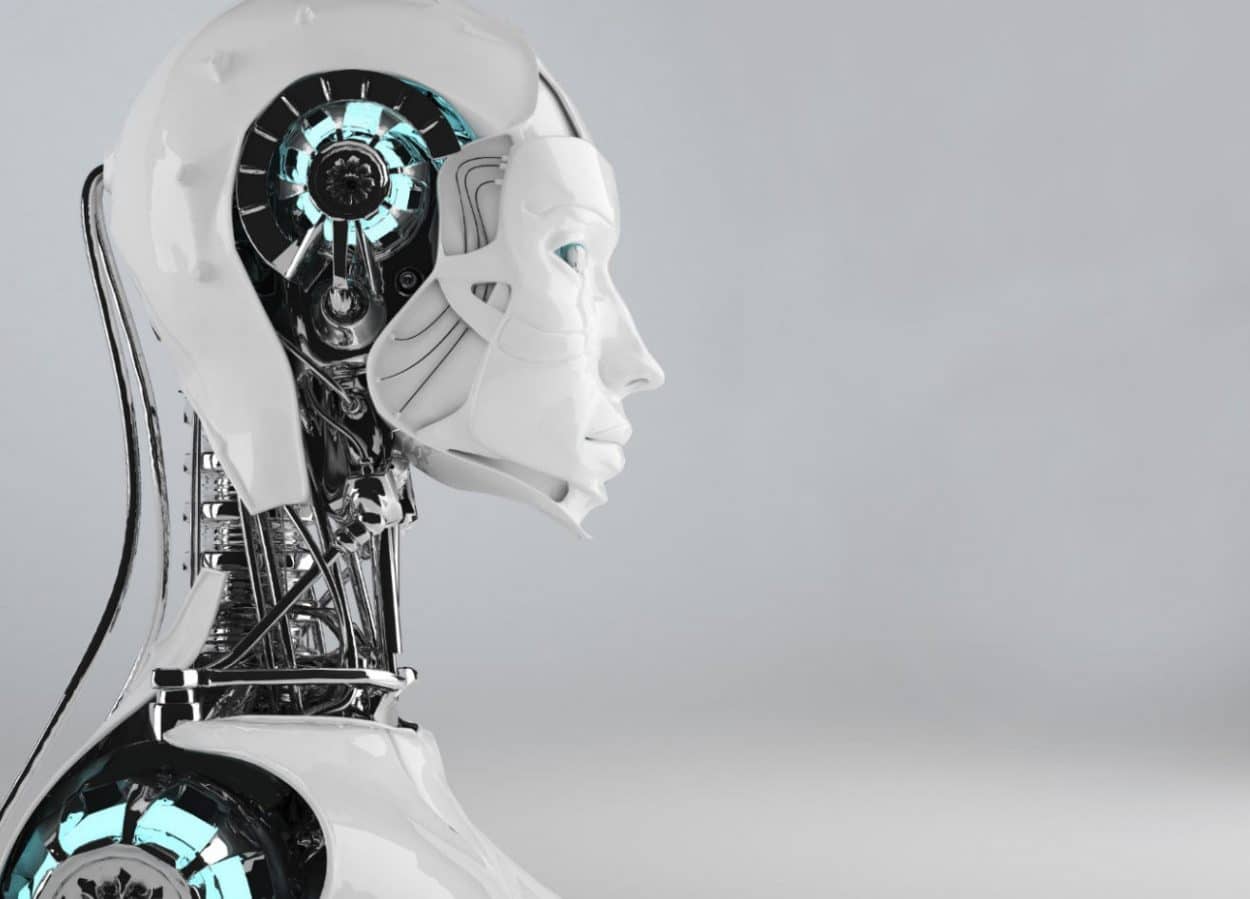 DI emag: By relying blindly on technology, what is the risk to human beings?

J-M. B.: We’re becoming basic. We’re simplifying ourselves. Business sociologists have developed a concept called “functional stupidity.” They have found, after surveys in small and large companies, that functional stupidity is encouraged by asking employees to be reactive and refrain from thinking, not to use their knowledge and to be more alert to what might happen. There is a kind of parenthesis of knowledge in order to be functional. I am very surprised to see that this concept works well in the field of finance. Even after graduating from HEC or Harvard, what you will be asked in the field is to be responsive and not inventive.

DI emag: What is transhumanism?

There are two types of transhumanists. The “soft” transhumanists who think that science and technology will allow us to live longer. As they become more generalized, they will be accessible to everyone and will therefore serve equality. French transhumanists are more like that. And then there are the “hard” transhumanists, mostly Americans, who think that science and technology will enable us to transform man, to bionize him, to modify his genome, to make him acquire new genetic skills. They will “cyborguise”human beings, allowing them to integrate more and more electronics into their anatomy and turning them into powerful machines. We will aim for the increased human, we will increase the cognitive and motor faculties of humans. These hard-boiled transhumanists often believe that we are on the verge of a rupture – called “singularity” – that will be the moment when AI becomes self-aware and has acquired complete autonomy from humans.

DI emag: And you believe “singularity” is a likely possibility?

J-M. B.: More and more we are telling ourselves that if we could change the human being it would be better. If we could live longer and never be sick thanks to genomic manipulation, it would be better. We are indeed at a time when science and biotechnology will offer us new opportunities and we do not know how far this will go. We can expect anything, to make animal genes work in human genomes; to artificialize certain genes that will produce completely new effects, etc.

DI emag: Is the ultimate goal to create a new human species?

J-M. B.: Yes, that’s what it’s all about. The human species has many vulnerabilities. It is fragile, mortal. Why not imagine that we can modify the human species to the point of creating a new species that we will call “post-human”? From a Darwinian point of view, we are causing variations that will themselves cause mutations. And these mutations could lead to a new species. After all, recent events have shown us that humans are becoming a different species, science and technology are seeking to control natural selection. By controlling natural selection, they could bring about a new species for which we as humans would be nothing more than a variant destined to disappear.

J-M. B.: I follow the example of paleoanthropologists who consider that in the process of human evolution, progress has always been achieved through the use of tools (technology) and words (language). Technological progress without language is catastrophic. And language without technique leads us to stagnation. So it is the balance between discourse, language, politics, consultation and technological innovation that gives progress its full meaning. Today, however, we are completely engaged in technological development that is no longer reflected in terms of words, politics and consultation. This is the difficulty.