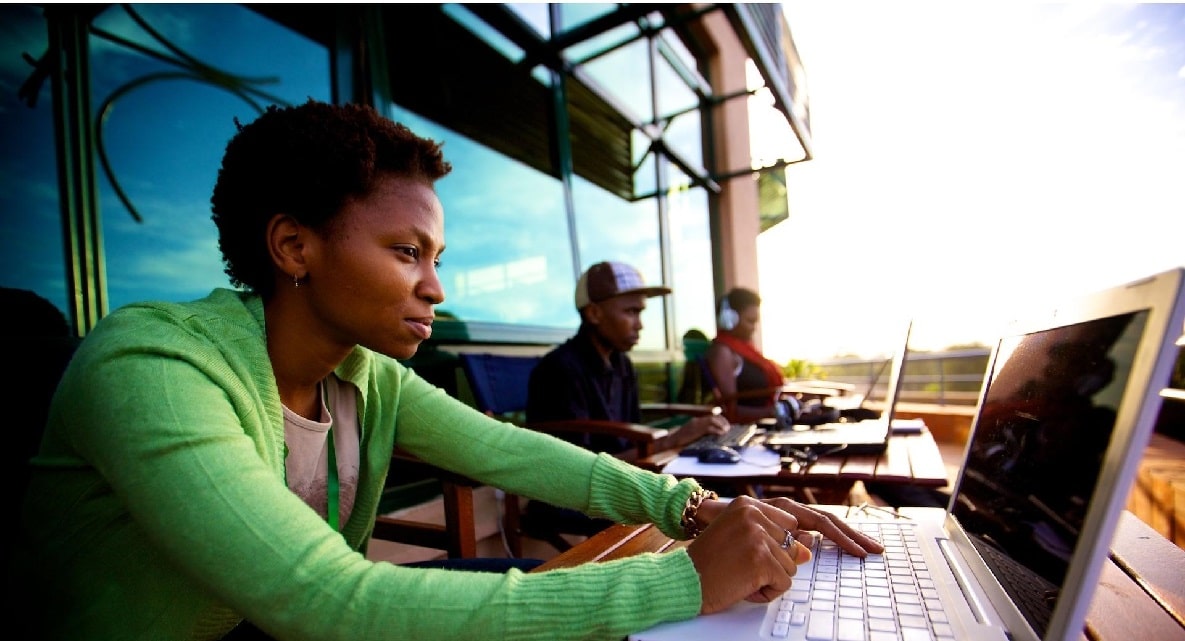 Is it the beginning of the African tech revolution? Drones, smart robots and AI have started to spread throughout the continent. And this African digital dawn has caught the attention of the major web players. Google is about to open an AI center in Ghana later this year.

Today technology, innovation and entrepreneurship are transforming Africa. The proliferation of mobile phones (more than eight in 10 Africans have one) means handsets act as bank accounts, marketplaces for solar energy, and stock exchanges for small-scale farmers. People can get their lungs examined in rural Niger using a medical tablet, or blood delivered by drone in Rwanda.

Africa continues to lead the world in mobile fintech innovation, while digital solutions in health, agriculture, commerce, energy and countless other industries are providing services where none existed before. Many see the spread of mobile and digital technology in Africa as the key to “leapfrogging”, whereby developing countries skip the manufacturing phase and adopt a tech-driven economic model.

Going forwards, digital education and far greater access to finance and the internet (only a quarter of Africans are currently estimated to be online) will be critical if Africa is to perform any kind of industrial great leap forward. Yet with investment increasing, opportunities for technology to make a difference have never been so great. 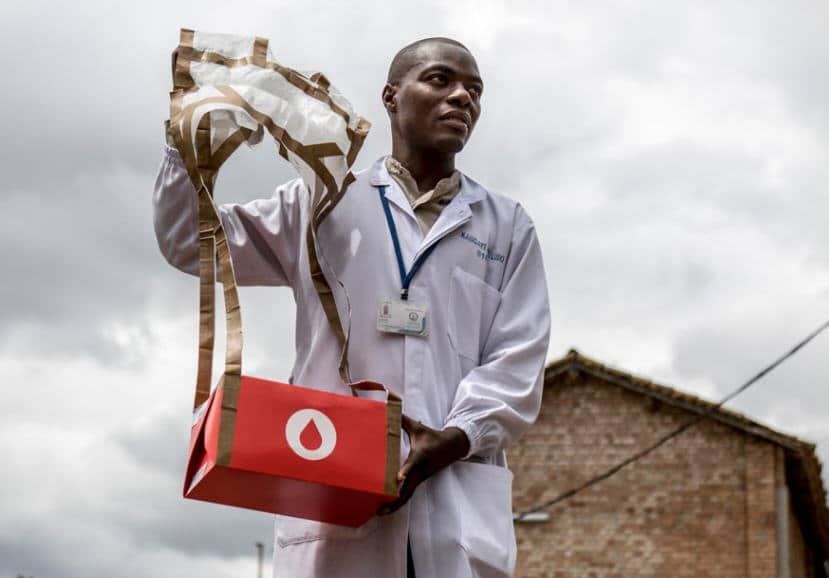 Many African nations face daunting logistical issues. Infrastructure networks are frequently scanty and in poor condition, while local terrain, with its sizeable lakes, rivers, forests and mountains, also presents severe obstacles. It’s little surprise that transportation accidents are the third highest cause of death on the continent. In the face of these challenges, it’s also little surprise that more and more African people and businesses are looking to the skies for solutions.

Africa is now undergoing a drone revolution. Across the continent, often in partnership with leading UAV makers such as Parrot and Zipline, projects are being launched that are establishing new medical supply chains and commercial delivery routes; combating poaching and illegal fishing; and boosting agricultural productivity.

The fields of UAV and artificial intelligence technology are also intersecting.

Aerobotics is a data analytics company headquartered in Cape Town that uses aerial imagery (from drones and satellites) and machine learning algorithms to optimize crop performance. Its AI-enabled web platform and app allows farmers to scout and find areas of their vineyards or orchards that are underperforming because of pests or other problems. The tool identifies the problem and tracks it, allowing corrective action to be taken in a timely way. Aerobotics CEO James Paterson affirms,

Being Cape Town-based is a great advantage. We not only have access to top talent, but can target small-scale African farmers with our cutting edge, affordable technology. This industry is very new on the African continent and having first mover advantage is really important.

SMART ROBOTS ON THE RISE 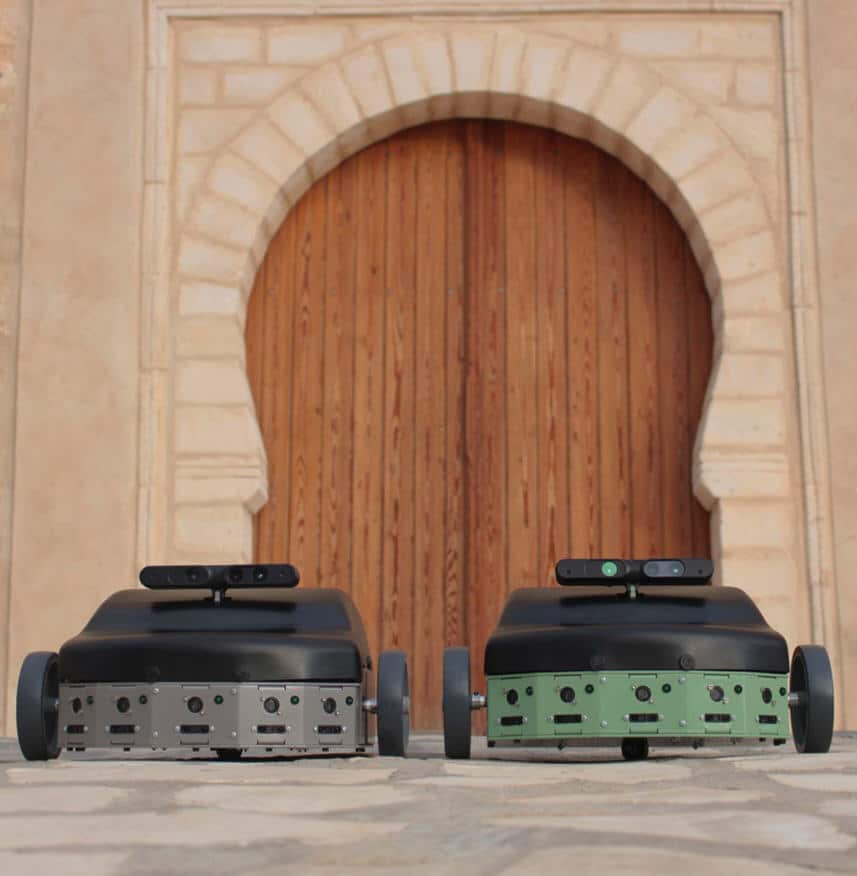 The African robotics industry is still very nascent, with only 1% of the world’s robots on the continent (most of these are concentrated in South Africa), compared to about 30% in Japan. Though many are worried about the impact of robots on the jobs market, they could help African firms overcome bottlenecks in production. The rise of a “robot ecosystem” has the potential to create new types of employment, although this shift to higher value-added manufacturing will demand a huge upskilling in workers.

Based in the Tunisian city of Sousse, Enova is currently the only manufacturer of smart robots in Africa. The company, which has just completed fundraising of around $1.6 million, was founded in 2014 and has so far developed three robots for the security, healthcare and education sectors. Enova CEO Anis Sahbani states,

Being based in North Africa represents an interesting trade-off between proximity to our main market (Europe) and cost-effective talent. For start-ups without much capital low costs are critical.

The recent announcement that Google will open an AI centre in Ghana later this year has really thrown the spotlight on Africa’s digital transformation. Google opened its first office on the continent a decade ago, and has committed itself to training up 10 million Africans over the next five years.

Despite the narrative that AI is bad news for jobs, it has the potential to grow African economies. In countries such as Nigeria and Kenya, where capital is scarce but ideas plentiful, process automation can help businesses adopt leaner operating models.

AI start-ups are now mushrooming across Africa, many driven by local demand. A growing number of Nigerians are now using Kudi.ai and Aajoh, for example – the former enables payments, the latter medical diagnosis, both via text messaging.

AI is being applied in South Africa in a more sophisticated way, and with a more international focus. Clients of Stellenbosch-based CLEVVA can use the company’s virtual advisors to interact with customers and act as technical consultants, while Cape Town-headquartered DataProphet offers AI-based process optimization solutions for the manufacturing industry. CLEVVA CEO Ryan Falkenberg outlines,

Africa offers enormous potential for AI solutions. With skills at a premium, AI can create jobs by empowering people with digital intelligence and therefore making them more employable.