Home » YII2021: “We Have Progressed a Lot in Going Digital Over the Course of the Pandemic”

YII2021: “We Have Progressed a Lot in Going Digital Over the Course of the Pandemic” 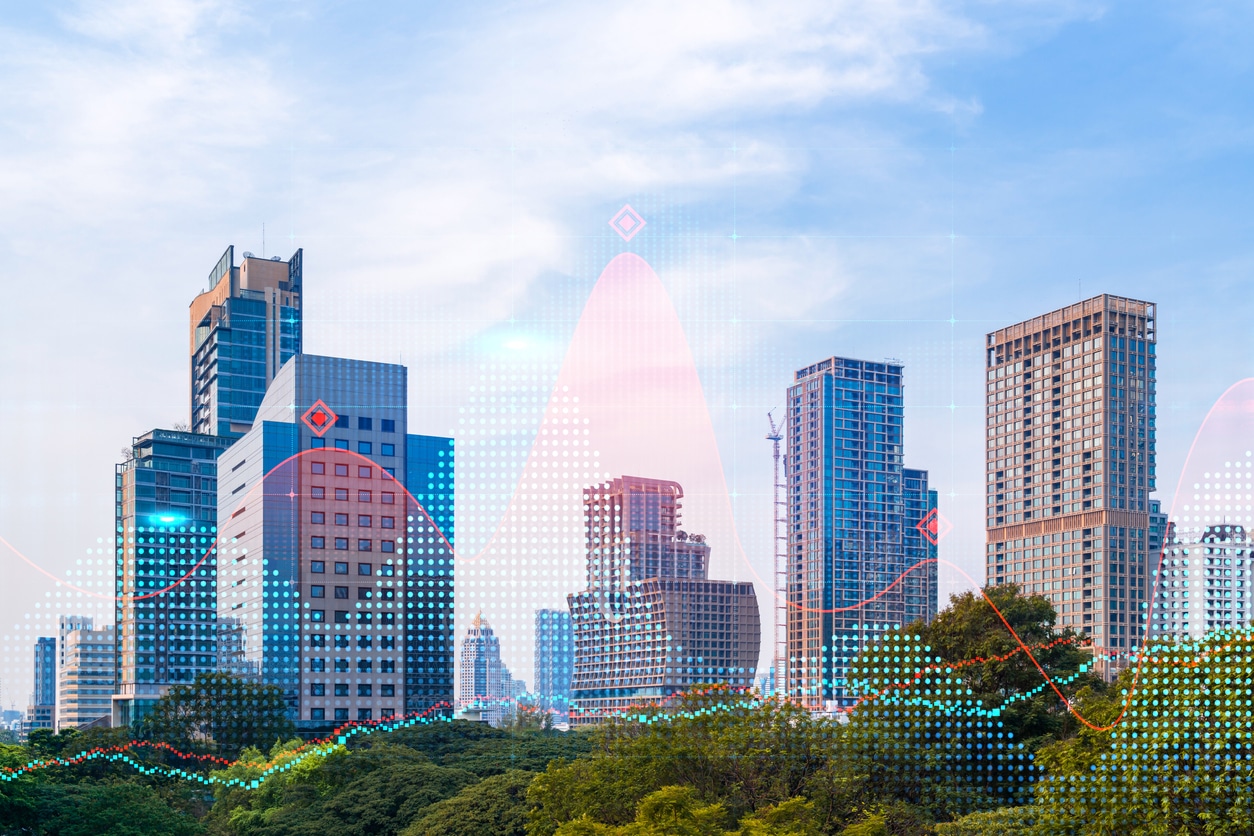 “We’ve learned to prioritize resilience and adaptation for our infrastructure assets and going digital is fully indicated” started Greg Bentley, CEO of Bentley Systems’ Year in Infrastructure virtual event, during his opening keynote.

Last year, due to the pandemic, Bentley’s annual event was transformed into a virtual event for the first time. Unfortunately, this year the infrastructure event is once again digital. But going digital is not something new for the American group as they have been promoting it for years for the construction industry.

This year, the speakers discussed the idea of a smarter infrastructure. The idea is to build better, safer, greener and future-proof the existing infrastructure, in order to improve resilience in a post-pandemic world. One thing is certain, digital technology has certainly helped the construction industry during this pandemic. And will inevitably contribute to the energy transition.

“Going Digital Proved to Be a Necessity”

AEC Advisors is a leading corporate finance firm that provides advisory services to executives and boards of architecture, engineering and consulting companies (AEC). They conducted a going digital survey of 300 CEOs of AEC firms to know what it means to go digital in their own firm’s future-proofing.

According to Andrej Avelini, President of AEC Advisors ,

“The AEC industry showed to be extremely resilient. And going digital proved to be a necessity, not a luxury. I actually think that the pandemic had a net positive impact on the performance of the industry. A big feature of our AEC Summit was the confidential KPI survey of the industry, wherein 300 AEC firms participated. They generated about $150 billion in revenue as an aggregate of those 300 firms, which we think represent 90% of the AEC industry in North America by revenue and probably around 50% of AEC revenue worldwide.”

According to the survey, profit margins reached all-time highs in 2020, in the middle of a pandemic (the median operating profit margin on net revenue reached 15% in 2020) and the same figures are maintained in 2021.

“I think the pandemic very much tested the going digital initiatives that firms in the AEC industry have been pursuing, and I think the industry passed with flying colors.”

4 Megatrends for the AEC Industry

The survey revealed four megatrends for the AEC industry that are aimed at providing “long term secular winds beneath our industry’s wings”, said Mr. Avelini:

The first trend refers to infrastructure repair and resilience to climate change.

The second megatrend is ESG (Environmental Social and Governance) with a particular focus on the environment.

“Almost everything the industry does has an environmental component to it, whether it be roads, bridges, power lines.  It all impacts the environment.”

The third megatrend is about energy transition and renewables including the electrification of everything, the decarbonization of the economy.

“Our industry is at the center of this well-known secular trend. When you think about it, 60% of the electricity in the United States is coming from fossil fuels, so clearly we have a long way to go and our industry is in the middle of it.”

“Clearly, the AEC industry continues to rapidly shift from all technologies to data-driven digital technologies.”

The energy transition is one of the biggest challenges for our world and for the infrastructure industry. One of the speakers, Matthias Rebellius, the CEO of Siemens Smart Infrastructure, presented one example of a city that is going green and how they are using digital technologies to achieve this goal.

“The German city of Wunsiedel has made the decision 20 years ago to go green and carbon-neutral, starting off with solar and microgrid solutions and independent grid and storage. They are now going to contribute to the decarbonization of hydrogen. Siemens is building Germany’s largest carbon-free hydrogen generation plant in Wunsiedel. It’s really a smart connected infrastructure that needs software, planning and simulation. This is why we are using Bentley’s digital twin solution, iTwin platform, to design the plant.”

Future-Proofing in a Post-Pandemic Era

“The way we use and appreciate places will change in the future.”

In Berlin, change is already on its way, with Siemensstadt 2.0, an open urban district that will combine work, research and life explained Matthias Rebellius:

“Siemensstadt 2.0, hasn’t been started in the pandemic. It started long before with the plan to conserve the area where Siemens was born, where we have huge and traditional buildings, factories, R&D locations, headquarters etc. to open it up for the city and also for partners. So it’s like a campus and it’s the first time a campus project of that size is in one digital thread along the whole lifecycle of design, construction, and maintenance.”

Siemens, the city of Berlin and Bentley Systems are all partnering in this project to create future-proofing for Berlin.