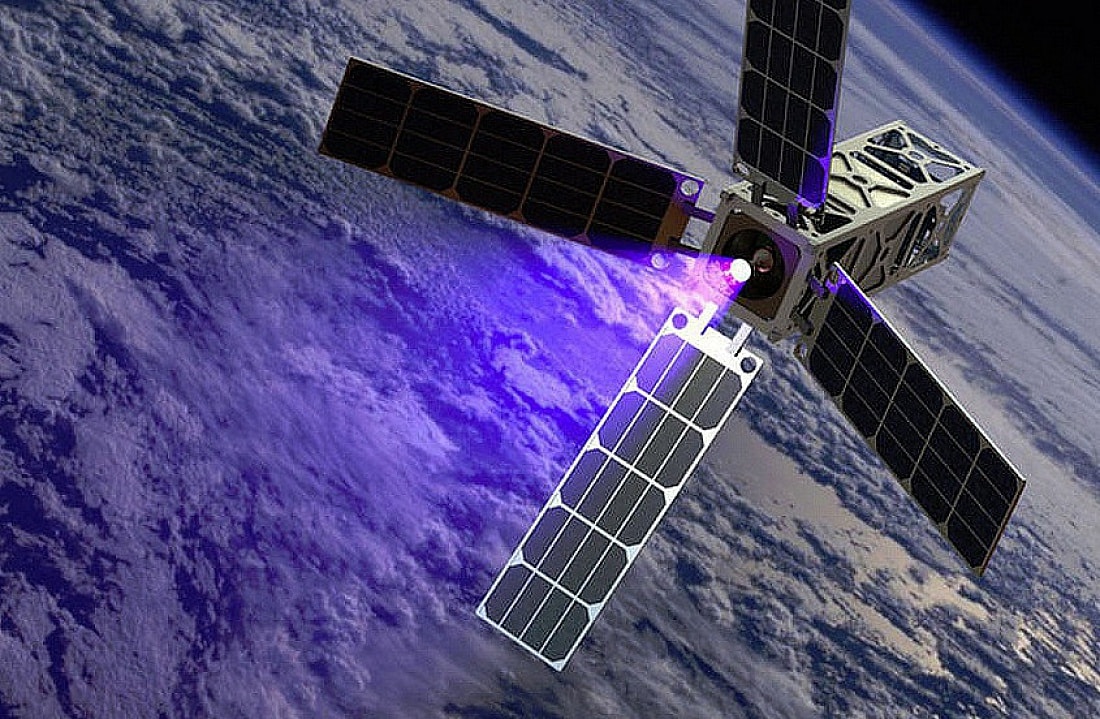 Exploring space is an expensive business, with each astronaut’s trip to the International Space Station (ISS) costing €65 million. NASA’s last Mars Exploration Rover Mission has racked up a staggering €2.3 billion so far. However, some cutting-edge innovative technologies could make space travel much more affordable.

One of the technologies developed for NASA’s Asteroid Redirect Mission (ARM) project—and all future deep-space missions—is Solar Electric Propulsion (SEP). Much more efficient and cost-effective than traditional chemical propulsion and combustion, SEP uses electricity from solar panels to create electromagnetic fields that accelerate and expel charged atoms to create a very low thrust. SEP needs just a tenth of the chemical propellants traditionally used by the space industry. NASA has two versions of radiation-proof fold-out or “flexible blanket” solar panels to harvest the energy, and will test them in low-Earth orbit by 2020.

NASA has also trialed solar sails, though it’s the Japan Aerospace Exploration Agency (JAXA)—whose IKAROS sailed to Venus in 2010—that has developed two of its own technologies for more efficient solar panels designed for those sails. A spokesperson at JAXA told DirectIndustry e-magazine more about this technology:

Our thin film solar array sheet uses lightweight and high-efficient inverted metamorphic triple junction solar cells, while our curved solar panel is formed to be a curved surface for improving outside stiffness of an array sheet. These technologies open the way for realizing more efficient solar panels that can be used with an electric propulsion engine for a geostationary satellite.

That’s crucial because liquid propellant occupies almost half of the total mass of a geostationary satellite; the end result is either more mission instruments or a reduced mass, and so it is a less expensive propellant.

For deep space it’s all about fuel efficiency, but in near-Earth orbit the longevity of the fuel is also important. The tiny amount of thrust needed by small CubeSats to keep them in orbit and correctly oriented has prompted engineers at the Delft University of Technology in the Netherlands to create an ice-propelled rocket. As the ice sublimates and releases vapor molecules, they bounce off a hot plate and escape, causing just enough propulsion. The genius is that the propellant—the ice—stays solid, so it’s completely safe (unlike chemical thrusters) as well as long-lasting.

Another innovative way to move a small satellite comes from Arx Pax in California, whose Magnetic Field Architecture technology can repel and attract satellites simultaneously for easy manipulation and capture. Meanwhile, Lockheed Martin’s lightweight Microcryocooler can keep sensors at cryogenic temperatures (as low as -320º F), which could be crucial for high-resolution infrared sensors in satellites.

While satellites are using smaller components and producing more data, radio frequency bandwidth has hit a ceiling, which threatens to hamper progress. OPALS (Optical Payload for Lasercomm Science) is an optical communications technology that uses the theory that laser beams are significantly narrower—so offer much more power—than radio-frequency beams. NASA has already successfully beamed data at 50 Mbps (RF manages around 2 Mbps) from the ISS to NASA’s Jet Propulsion Laboratory. Like everything else created for deep space exploration, it could also have dramatic effects down here on Earth.

Reusing space equipment and materials is one of the latest ideas. The Dragon capsule that SpaceX regularly launches to the ISS is covered in Phenolic Impregnated Carbon Ablator (PICA). This material, which is used for thermal protection during the return journey, can be reused about 12 times. PICA-X was initially built by NASA but the SpaceX version is far cheaper, with large but lightweight pieces about 8cm thick, which are then cut into tiles and positioned on a carbon-composite mold.

As its NASA counterpart, it can withstand 1927º C, which is crucial because deep space missions to Mars hit the atmosphere at speeds of almost 47,000 km/h, so experience extreme temperatures of entry.

Reusable rockets could also slash the cost of space travel by 99%. When a rocket launches, it burns the fuel from its first stages, which then detach and fall back to Earth as debris. Since these constitute most of the cost of space travel, SpaceX and Blue Origin want to reuse them. In six successful resupply launches to the ISS, SpaceX has attempted to land its two-stage Falcon 9 reusable rocket three times, each one just failing to touch down on a drone ship. Blue Origin recently succeeded with its second attempt while launching its New Shepard suborbital spacecraft, albeit a low altitude test that shouldn’t be compared to SpaceX’s efforts. Reusable rockets are vitally important for the entire industry; it could cut the cost of space travel by 99%. For science and industry, the space race is more than back on.