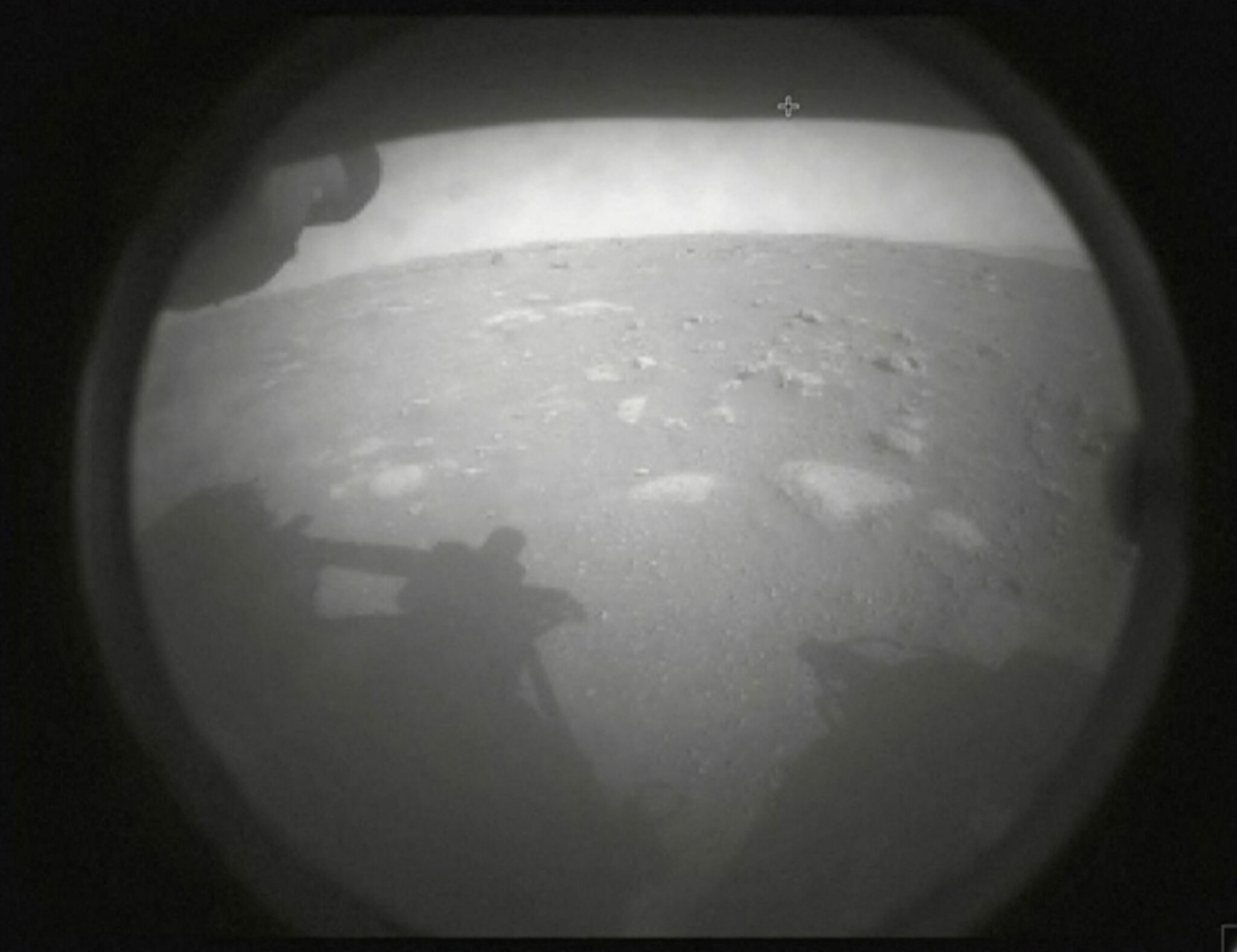 Perseverance rover has successfully landed on Martian soil last night at 21:55 pm after its 292.5 million-mile journey from planet Earth. The rover has already sent back its first images.

“Touchdown confirmed!” This is what Swati Mohan, guidance, navigation and controls operations engineer at NASA’s Jet Propulsion Laboratory in Pasadena, California exclaimed Thursday, February 18, shortly before 10 p.m. (French time) after the NASA robot successfully landed on Mars. “Perseverance is safely on the surface of Mars,” after a 7 month-trip in space.

The landing process was particularly perilous. The landing area, the Jezero crater, is the most dangerous landing site ever attempted, because of its relief. And after having entered the Martian atmosphere at 20 000 km/h, the friction with the air made the temperature of the ship rise up to 1 300°C.  Besides, the rover only had 7 minutes, “7 minutes of terror” to reduce its speed and land safely thanks to a huge supersonic parachute. Eight retrorockets also helped the rover slow down before it deployed its six wheels, suspended along with cables until contact with the ground was made.

Mars 2020 is the first mission with the goal of proving that there was life on the Red Planet. Researchers believe that more than three and a half billion years ago, the Jezero crater was home to a deep lake about 50 km wide. They say that “Mars was very similar to Earth in many ways. It had a large atmosphere, lakes and rivers.”

This two-year mission is the most ambitious effort by NASA for space exploration. The $2.7 billion rover is an improved version of Curiosity: its six wheels are stronger, it is faster, smarter and can self-pilot up to 200 meters per day. Three meters long, Perseverance weighs a ton, has 19 cameras and two microphones, which could be the first to record Martian sound. Its robotic arm is two meters long. A plutonium generator will recharge its batteries.

Perseverance is equipped with technological equipment including a weather station, 19 cameras and two microphones. The rover also carries a SuperCam, a Franco-American instrument developed by two French Research centers (CNRS and CNES). SuperCam will study the Martian rocks in the Jezero crater in sound and light, with its laser beam, and for the first time a microphone, in search of past microorganism traces.

Perseverance is also carrying a drill that can collect core samples of the most promising rocks and soils and set them aside in a “cache” on the surface of Mars. NASA expects Perseverance will start collecting rock sampling this summer. The sealed tubes will then have to be brought back to Earth by a future mission in the 2030s for analysis.

Perseverance is only the fifth rover to set foot on Martian soil. Since the first one, in 1997, all rovers are Americans. One of them, Curiosity, is still in operation on the Red Planet.

READ ALSO | NASA: “Autonomy Will Be a Key Aspect for Robots Accessing More Extreme Terrain on Other Worlds”

Perseverance’s landing is the third Martian mission of the week. A spacecraft from the United Arab Emirates and a Chinese one entered orbit around the Red Planet a few days ago. All three missions took off in July, taking advantage of the close alignment of Earth and Mars. The Chinese spacecraft includes a smaller rover that will also search for evidence of life when it descends from its orbit in May or June 2021.