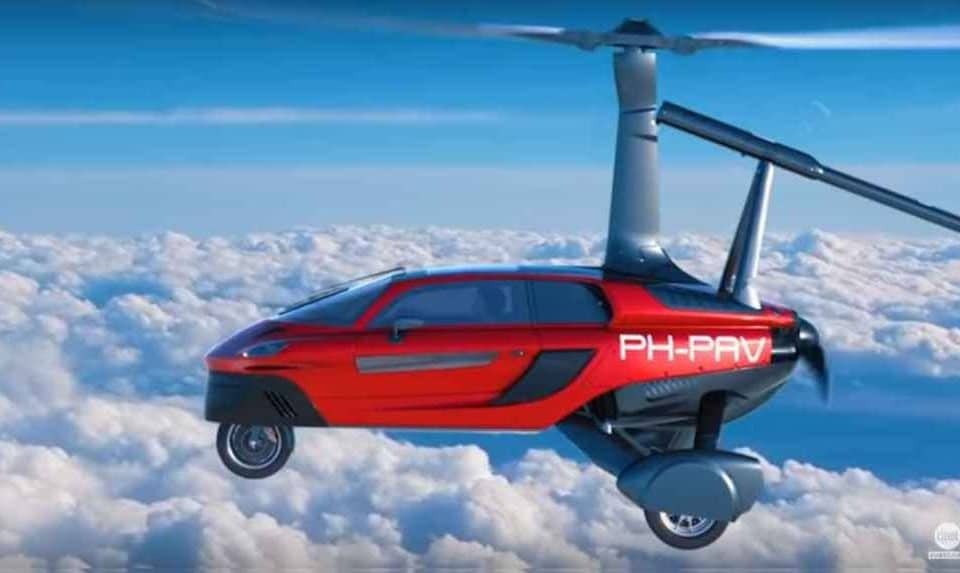 Bringing PAL-V‘s dream of a flying car to life isn’t just an engineering challenge, it’s also a compliance challenge – ensuring regulators grant it permission to both drive on the road and take to the sky. Founded in 2008 and headquartered in the Netherlands, the idea for PAL-V (Personal Air and Land Vehicle) was born in 1999 when one of the co-founders began flying.

He faced a frustration common to many pilots: driving to the hangar in order to depart by plane, only to need a car again when he arrived at his destination. Exploring several concepts, PAL-V settled on combining the structures of a three-wheeled car and a gyroplane to achieve air and land speeds of 160 km/h. When flying, it uses an unpowered top rotor to produce lift, while thrust is provided by an engine-driven propeller.

After building a test vehicle in 2020, PAL-V will commence production of around 90 PAL-V Liberty Pioneer editions in 2022. It already has pre-orders in 11 countries, with 30 orders in the Netherlands alone. To reach this point, PAL-V worked with the European Union Aviation Safety Agency (EASA) for six years to develop certification specifications and ensure the vehicle would gain regulatory approval.

The age-old dream of a flying car has spawned many concepts, but few have made it off the ground. Rather than design a vehicle and then try to win the acceptance of aviation and automobile regulators, the PAL-V was designed from the ground up with regulatory compliance in mind, says Bartjan Rietdijk, Research & Development Manager with PAL-V International BV. While air regulations tend to be consistent, Rietdijk says road regulations can vary greatly between regions, further adding to the compliance challenge.

“From the beginning, we knew the key to success was not just the technology but also the certification. It wasn’t just about building a dream, it was about conforming to the reality of regulations and understanding the hurdles we need to overcome to get it on the road and in the air.”

READ ALSO | Eco-Friendly Flying Ferries: The Transportation of the Future?

As the business grew, PAL-V recognized that moving from a prototype to production, while abiding by all these regulations, required a stronger foundation to manage complete design specifications in a controlled manner. It turned to PTC’s Windchill product lifecycle management (PLM) software for data governance and traceability. Windchill is closely aligned with CM2 methodology, a global enterprise standard for change and configuration management. When product changes are needed, Windchill captures all the relevant information, notifies all stakeholders and updates affected items in other systems across the business.

PAL-V initially relied on manual version control and configuration management for its designs, but it soon became clear this wouldn’t scale as the project grew and the business took on more staff, says Jeroen Klein Lankhorst, IT manager and PLM implementer with PAL-V International BV.

“We couldn’t have done it without Windchill, it puts everything in one place and creates a single source of truth. It also allows us to be consistent and methodical, such as using the same part names and numbers right through the design process to the end Bill of Materials. Windchill lays a foundation for compliance across the whole company, so we can focus on bringing the dream of a flying car to life.”