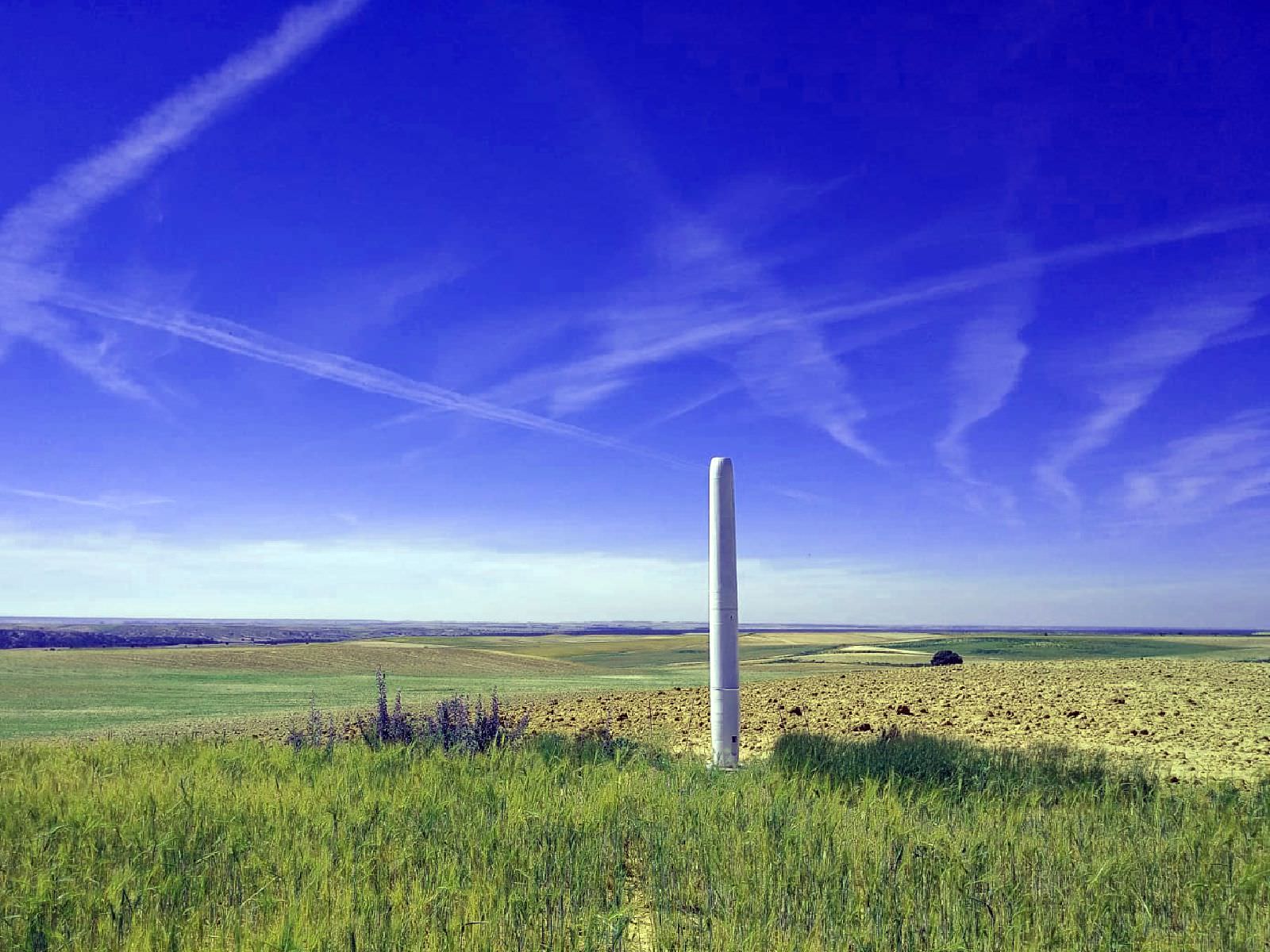 Harnessing the clean energy generated by wind without the use of blades is a new project currently under development by Spanish company Vortex Bladeless.

Vortex Bladeless has designed a technology that is an alternative and innovative way to turn wind energy into power without the need for giant turbine blades that can be an eyesore on the environment. The start-up was founded in 2014 to properly focus on developing a new kind of wind turbine that oscillates instead of rotating with blades. The company filed a patent for this technology.

“The technical name would be Vortex-Induced Vibrations wind generators. It is based on the vortex shedding or vortex street effect that happens when a fluid passes around a circular and slender structure. Our technology is able to enter into sync with a range of frequencies of vortex appearance, and the special geometry allows for some control over the location of the vortexes, producing differences of pressure that takes the device into an oscillatory movement.”

That movement can be later converted into electricity with an alternator. But this kind of phenomenon is usually not a chosen option as it can make structures collapse.

“Our line of investigation seeks to enhance this phenomena and harness as much energy from it as possible. At the end we have a very different wind turbine with pros and cons, but which relies on similar processes and materials as regular wind power.”

Among the pros over regular wind power is the lack of oiling, gears or shafts, reducing drastically maintenance and costs. The bladeless turbine is also harmless to wildlife or people, noiseless, need less foundation, and is less risky to collapse.

“They also have a lower profile and visual impact so it matches better with PV solar installations, and it does not need for brakes to stop when it’s too windy nor any kind of orientation system.”

But the system also has cons:

“The main cons are that it can only work within a range of wind speeds set by design. It has a lower swept area than a regular turbine of the same height, and that is a very young technology compared to regular wind power. We still need a lot of optimization before reaching big wind turbines of nowadays wind parks.”

As this project is still at the research and development phase it is uncertain when exactly it will be commercially available. Some pilots are in operation right now, mainly in Spain. They are installed in universities and research centers for study purposes but are not powering anything.

Looking to the future David believes:

“This tech and line of investigation are not over at all. We still have years of learning and development ahead to optimize and scale it up. However, other interesting technologies could be derived in the future from the investigation and patents we are currently generating. This is at the end how new techs become, they need to be rooted somewhere, and the scientific knowledge that involves our project is one of the most valuable things we have.”