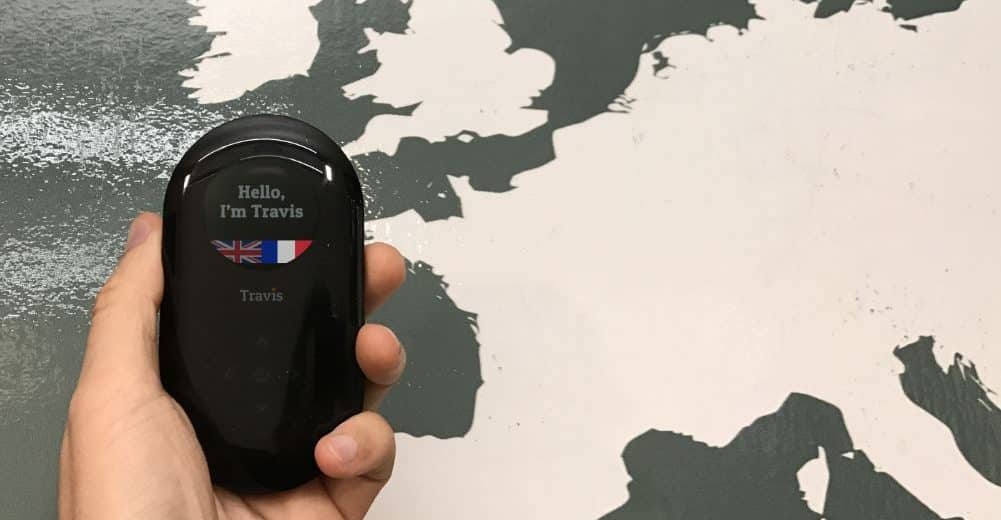 Travis the Translator could revolutionize translation and become a real-life Babel fish. DirectIndustry e-magazine spoke with the company at Mobile World Congress.

In 2016, three innovators saw an opportunity to break down language barriers by creating a smart pocket translator powered by AI called Travis the Translator. The following year, Travis reached its goal of 50,000 users. According to Magdalena Misiorny,

The device uses AI by connecting to the Cloud. It outsources and combines 16 existing engines such as Microsoft, Google, IBM. Although accent and dialect can still be a problem, the device is constantly being updated through machine learning. When updates are made to the existing engines, the device is updated as well.

It now hosts over 80 languages in its online mode and 23 languages offline. It uses 3G or WiFi connectivity with a 12-hour built-in battery. It does not require an app; simply speak into the device and it translates into the language of your choice in real time.

The brand just added to its product line with Travis Blue, a speaker which connects to smartphones through an app—presented in Barcelona at the Mobile World Congress.

This year, we’re focusing on developing a better feedback system through AI and offering more custom-made professional languages—already available in the medical, transport and tourism sectors.

According to the company’s research, fifty percent of the world’s population has native languages considered “less commercially viable”, meaning they have not yet been digitized. The brand has already been making a solid social impact, notably for refugees, with the promise of future endeavors.