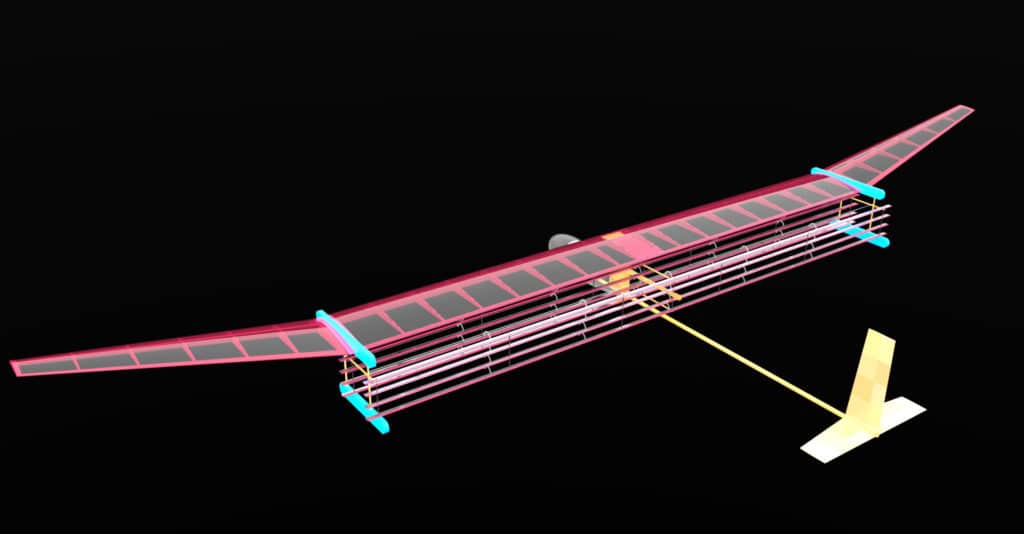 What if transforming planes into real-life science fiction ships like Star Trek was the future of flight? Engineers at MIT believe it to be so as they work with associate professor of aeronautics and astronautics, Steven Barrett, on his Ion plane concept. Barrett thinks future planes should be “something with a blue glow that silently glides through the air.”

Barrett implements the principle of ionic wind, or electro-dynamic thrust, in the creation of a plane which is silent and emission-free and does not require moving parts, such as propellers or turbine blades, to take off. Although this principle has been around since the 20s, no aircraft equipped with such a propulsion system had ever flown. For the first time, Barrett and his team recently flew an ultra-light device weighing just over two kilograms and equipped with an ion engine. The system was mounted on a small five-meter fixed-wing aircraft in a gymnasium. The aircraft has succeeded flying ten times over a distance of 60 meters.

Unlike the ion engines that equip spacecraft, operational since the 60s, this new engine uses air as an accelerator. It is quieter than a conventional engine and is not dependent on fossil fuels.

The aircraft designed by MIT researchers uses high-power electrodes to ionize and accelerate airborne particles, creating an “ionic wind”. Thin wires placed horizontally at the front of the wings act as positively charged electrodes, while thin wires at the back of the wings serve as negative electrodes. Using on-board lithium-polymer batteries, which provide electricity at 40,000 volts, the front electrodes are positively charged and the surrounding air is ionized, then drawn to the negative electrodes at the back of the wing, which creates a push.

Barrett states that this concept overcomes the conventionally accepted limits of thrust / power ratio and thrust density that were previously considered to make electro-aerodynamics unworkable as a method of propelling aircraft.

Barrett envisions mounting the technology on small drones or associating it with conventional engines for hybrid propulsion, among other possibilities. His team published his research in the journal Nature, which produced a video to illustrate the concept.