Home » Made in Graphene: Time for Industrial Age

Made in Graphene: Time for Industrial Age 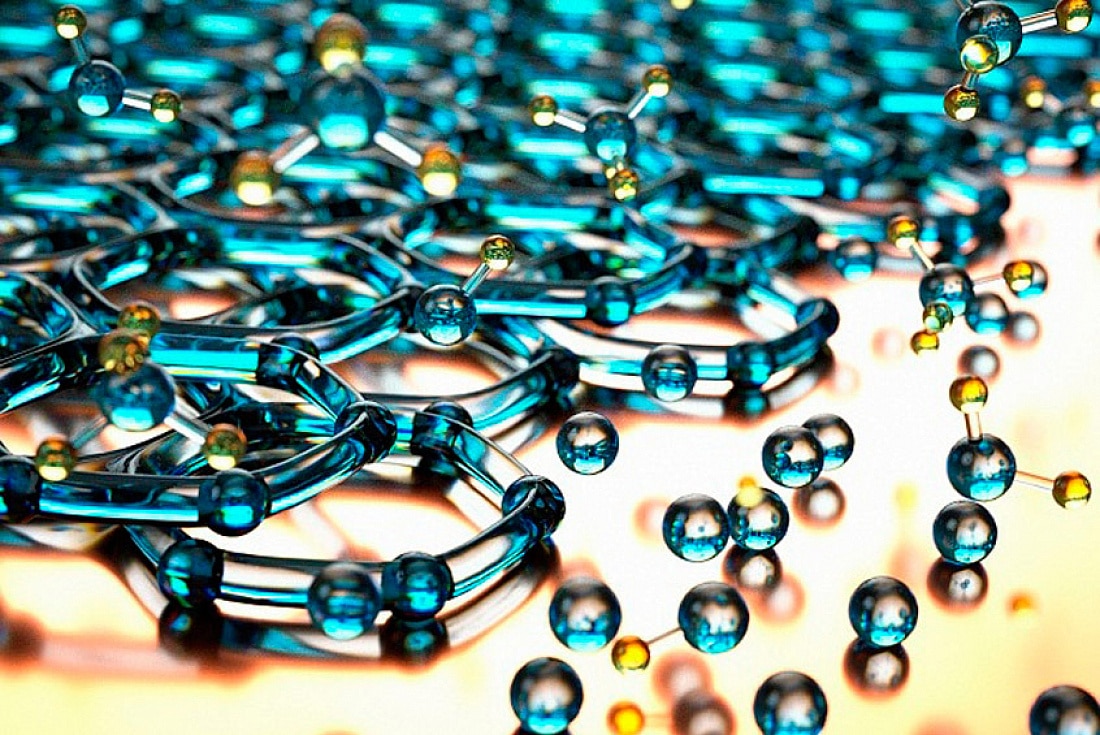 By 2035, the market for graphene is expected to reach €1.8 billion, but the most famous molecule in the tech industry is finding use in real-world products.

It’s super thin, super sensitive and super strong, but does the super-conductive material called graphene have a so-called killer app? Graphene is created by isolating an atom-thick layer of graphite. After years in the labs, materials scientists are now creating prototypes for real-world products. Graphene could prove the miracle behind some of the 21st century’s most innovative industrial products. Are we on the cusp of an age of industrial graphene?

A critical property of graphene is its ultra-high electrical conductivity, which makes it useful for rapidly recharging batteries. One of its first commercial uses will be the Zap & Go by Zapgocharger, a portable battery for recharging smartphones, which will go on sale later this year. Zap & Go is the equivalent of a 750mAh lithium-ion battery about half the size of an iPhone battery, and uses graphene-enhanced electronics to both speed up the recharging process and improve energy density.

Quentin Lemarie is a materials engineer at Zapgocharger:

It can charge half of your phone in five minutes. Our aim is to replace the batteries in smartphones, and to do that we need to make it smaller and thinner.

While the specter of a quick-charge battery using graphene is exciting to the electric car industry, graphene is already used in an energy recovery system (ERS) for freight vehicles.

Skeleton Technologies and Adgero have developed a power unit for ERS that uses graphene supercapacitators (actually nano-porous carbide-derived carbon, better known as curved graphene). The components, called SkelCaps, boast electrical conductivity and lower internal resistance, which results in significantly higher efficiency and up to five times less energy being lost as heat. It’s claimed that they therefore save a staggering 15 to 25% on fuel consumption.

These graphene supercapacitators have also been used in a multipurpose unmanned ground vehicle by Estonian company Milrem, while the European Space Agency will use a variant in its spacecraft, possibly as early as 2018.

The highly sensitive nature of thin graphene also makes it ideal for flexible, transparent and wearable sensors. Thinner wristbands with integrated graphene light sensors and circuitry could be useful in hospitals for taking vital signs.

Stijn Goossens is a research engineer in nano-optoelectronics at the Institute of Photonic Sciences in Barcelona.

By shining light on the skin you can find a lot of interesting things about the body. The colors of light absorbed by the skin tells you about heart rate and blood oxygen, which is crucial for premature babies.

The graphene light-sensing detector in the bracelet can trap tiny amounts of light to measure wavelengths far beyond those visible to the human eye.

Meanwhile, researchers at the University of Tokyo have developed an elastic polymer that uses carbon nanotubes and graphene to create a sensor 8 micrometers thick that can detect tiny amounts of pressure in 144 locations simultaneously. It could help create soft robotics and medical systems such as super-sensitive gloves that would allow doctors to detect tumors. Nokia is developing a pair of super-responsive gloves sensitive to tiny changes in motion and temperature using graphene flakes as a printable ink.

Dr. Darryl Cotton is a senior researcher in nanotechnology at Nokia Research Center in Cambridge.

Graphene flakes printed in very thin layers are very sensitive to strain. The glove is so thin, flexible and responsive to tiny movements in fingers that it could be used for remote surgical procedures, or to add a new dimension to virtual reality gaming.

Since graphene is so absorbent, it’s already used in clean-ups. Directa Plus, an Italian manufacturer of graphene-nanoplatelets, has developed its Grafysorber Decontamination Unit. Containing a plasma machine to produce up to 10 tons of the material on site, the unit can decontaminate oil-polluted water very quickly.

Laura Rizzi is a R&D manager at Directa Plus:

A gram of Grafysorber can absorb up to 90 grams of oil. Normally you have to use a biological or chemical process to treat contaminated water but Grafysorber is completely chemical-free.

In two tests, less than 5g/m3 of Grafysorber was used to treat approximately 35,000 m3 of water contaminated with petroleum hydrocarbons, reducing the concentration from 550mg/l to a safe level of approximately 0.5mg/l. The Grossman Group is also working on using perforated graphene filters in desalination plants, where a one-atom-thick sieve can remove salt from water.

Graphene also offers more speed, grip and strength. Vittoria Industries is using it not only to make its Corsa tires puncture-resistant, but also in its carbon wheels. Graphene-nanoplatelets are mixed in with the resin, which is then impregnated into the carbon fiber.

HEAD’s Graphene XT Radical series of tennis rackets is another example of how the miracle material of graphene is at last finding a place in industry, by helping to shape a future of advanced technical products.