Home » How Digitization is Changing the Way to Manufacture Cars

How Digitization is Changing the Way to Manufacture Cars 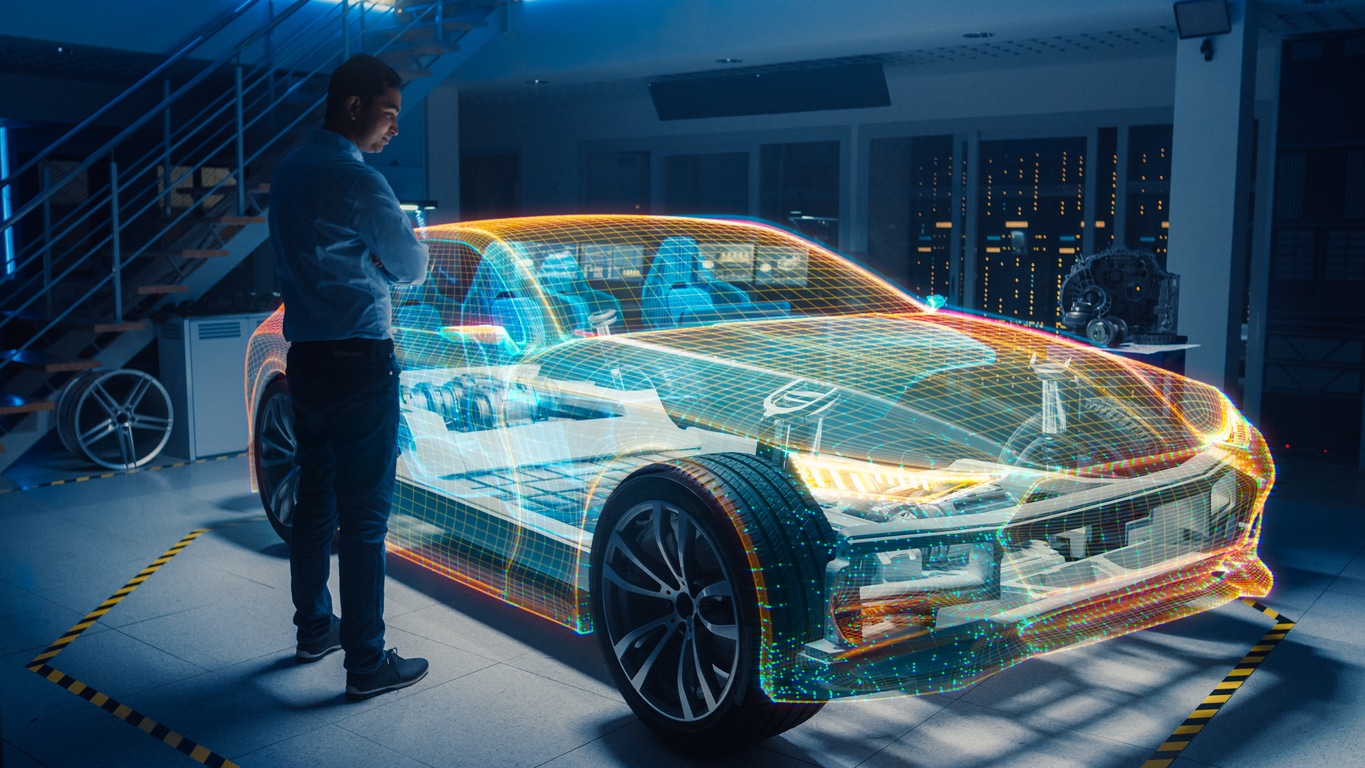 The auto industry is undergoing rapid change in all areas but even in manufacturing which has seen incremental changes for decades, the pace of that change is accelerating. Impetus for the adoption of Industry 4.0 comes largely from the EV startups. Areas where they are leading and others are looking to follow include digitalization, large-scale die-casting, cell to pack (CTP), and cell to chassis (CTC) battery technology.

Real-time data is key to digitalization which then enables processes to be optimized and automated. By doing so, production not only becomes more efficient but also makes it more sustainable, helping companies move towards carbon neutrality; waste can be cut and resources used more efficiently.

While digital technology has been used on the R&D side of car production for a long time, integration into the actual manufacturing process is far newer.

In 2020 the Renault Nissan alliance announced a plan to cut costs by 20% over three years, with Toyota similarly announcing plans for a 24% reduction.

According to Christoph Weber, China GM of AutoForm,

“You can reduce 5-10% of costs by squeezing your operations and suppliers. But if you want to cut 20-30% of costs, you need to fundamentally change the way you operate. Digital transformation plays a key role here.”

Previously cars would take around four to five years to go from design board to production. These times are getting cut across the industry with some Chinese producers managing times of less than two years.

The use of digital twins plays a crucial role in cutting times by predicting and solving problems before they appear on the shop floor with the production of body panels.

However according to Weber, it is a halfway house and can be pushed further,

“This is still a siloed approach that sub-optimizes the stamping process for single part production while ignoring the following manufacturing steps of assembling and painting the body-in-white. The next step is to focus on the end result by optimizing the single part production for the assembly of the final car body, through a seamless digital process twin. A German carmaker has succeeded to cut the body shop ramp-up time by six months through this integrated approach.”

Tesla in its attempts to scale up production and reduce costs has pushed changes in manufacturing. According to Dr. Oliver Spreitzer, Partner, of auto engineering consultancy Strategy Engineers GmbH & Co. KG,

“Tesla has different R&D tactics compared with conventional OEMs who save up all changes to the next model year. Tesla, however, invents something, tests it, and then implements it. The speed is incredible, they can accelerate their R&D at such a pace that conventional OEMs just can’t match.”

One of Tesla’s latest innovations is the use of large-scale high-pressure die casting. Essentially it uses the techniques made to produce a toy car but on a massive scale shooting molten aluminum into a cast.

Since 2020, Elon Musk’s Tesla has been installing at all production sites progressively larger Giga Presses, supplied by Idra, starting with a 6,000-ton one at the Freemont, California plant.

Initial usage saw a single casting replacing 79 parts in the rear chassis of the Tesla Model Y. European production will add a front chassis casting and plans call for making a structural battery pack giving a total claimed reduction of 10% in mass, 370 fewer parts and a 14% increase in range.

Production is simplified as there are no longer numerous parts needing to be joined, which means less robots. Tesla believes production will require 35% less floor space. For the car, it means greater rigidity, which increases safety.

Chinese startups Nio and XPeng are rumored to be in talks with L K Technology, Idra’s Chinese owner, to purchase similar presses. However, part of Tesla’s success in using the Giga Press rests on a Tesla-created special alloy for use in them.

“The technology is promising and almost everyone is looking at it. However, for legacy OEMs the change that this would bring not just from a technical perspective but an organizational one is enormous.”

Batteries while crucial to electric cars create problems both for production and design due to their volume and more importantly weight. Cell-to-pack (CTP) as used by BYD with its Blade battery along with CATL does away with the intermediate stage of putting cells into modules before the pack. Doing so can reduce the volume and weight of the battery pack.

The next stage though appears to be either cell-to-chassis (CTC), or cell-to-body as outlined by Tesla in its 2020 Battery Day. Current battery packs produce a weight that needs to be borne by the car’s structure. Tesla’s approach sees the glue, which would normally act as both an adhesive and flame retardant to glue the cells and plates of the battery pack together, take on the additional task of strengthening so that the pack becomes load-bearing.

Chinese EV startup Leapmotor claims its recently unveiled C01 sedan is the world’s first car to come with CTC where the battery, chassis, and underbody are integrated together. Leap says this leads to a 15kg reduction in weight and 20% fewer components. However with battery packing technologies and die-casting, there are questions regarding their long-term use as Spreitzer cautions,

“The simulation models are pretty advanced, but they’re not reality. There is always a gap between our theoretical models and reality, we just don’t know what will happen after ten or fifteen years of use.”